More and more consumers are demanding access to locally produced food. This two-person operation is making that happen. 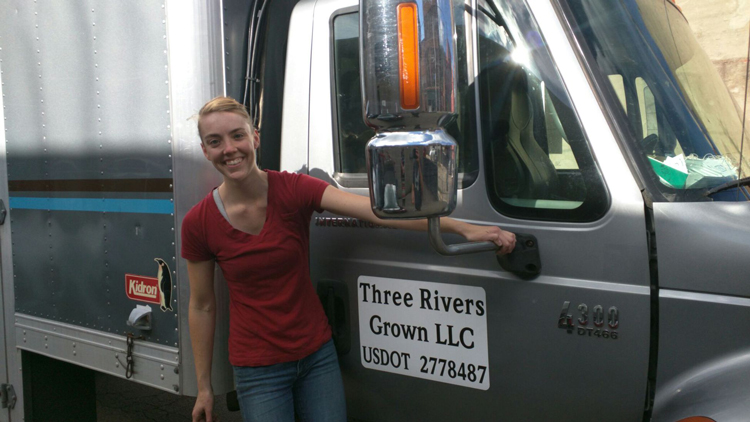 Nathan Holmes, owner of Three Rivers Grown, recently announced that his organization is the recipient of a $99,000 grant from the United States Department of Agriculture. The grant is part of a $35 million package meant to bolster local and regional food system development.

“There was a lot of need on a regional scale to do something like this,” says Holmes.

That’s because, as Long says, “A lot of small and midsize farmers have a tough time consistently filling up a truck. It’s not worth it for the wholesale market for them to put it on the road.”

It’s also a logistical challenge for retail outlets to contract with and keep track of orders from numerous small farms. That makes it less enticing for those businesses to work with those farmers and instead order from larger wholesale companies, even if that means purchasing goods from farther afield. Three Rivers Grown aims to close that gap. “Instead of talking to fifteen different people, they can talk to us,” Long says.

The process works like this: Buyers place weekly orders through the company’s website. Long then sends an email to farmers/producers letting them know what they need to have ready for the week. On Mondays, she drives the company’s refrigerated truck to pick up orders from the growers, and then on Tuesdays those goods are delivered to the stores. 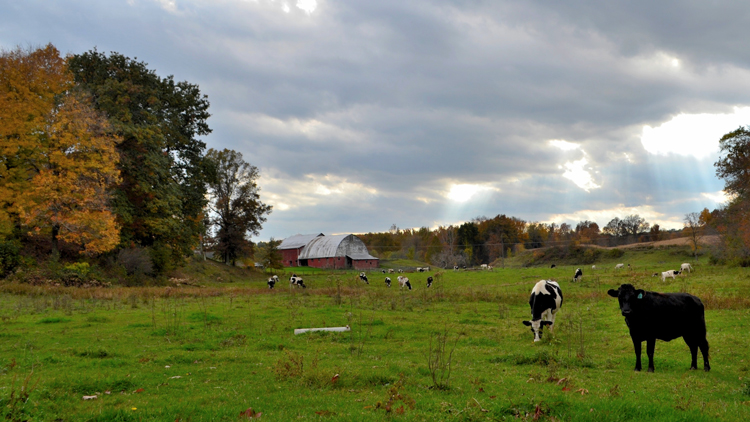 Holmes says he was inspired to start Three Rivers Grown from a similar idea that Rick Stafford and Rita Resick of Laurel Vista Farm explored ten years ago. The Pittsburgh market wasn’t quite ready for something like this then, but it feels as though it is now. Plus, according to Holmes, Stafford and Resick are super-supportive and are on board as one of the first produce growers [primarily onions and potatoes, plus value-added such as dilly beans and marinara] to work with the company.

“We’re getting our sea legs now with the non- and less-perishables, and we’ll slowly work into produce,” says Long.

The USDA grant—bolstered by an additional $36,000 in matching funds provided by Three Rivers Grown—will help the startup to purchase a new box and refrigerator unit for the smaller of its two trucks, enhance the company’s website and build marketing and promotional materials for both Three Rivers Grown and the farms that they are serving.

“We have a base of products to deliver to these stores. Now it’s our job to fill the trucks up with other things,” Holmes says. 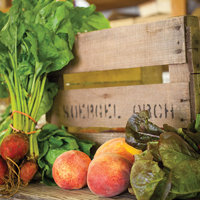 Related: Growing Their Own Way: Inside 4 Pittsburgh Family Farms