This Week, Josh Gibson Is at PNC Park (and Beyond)

A rare visit from the slugger’s Hall of Fame plaque kicks off a month of activities from the Josh Gibson Foundation. 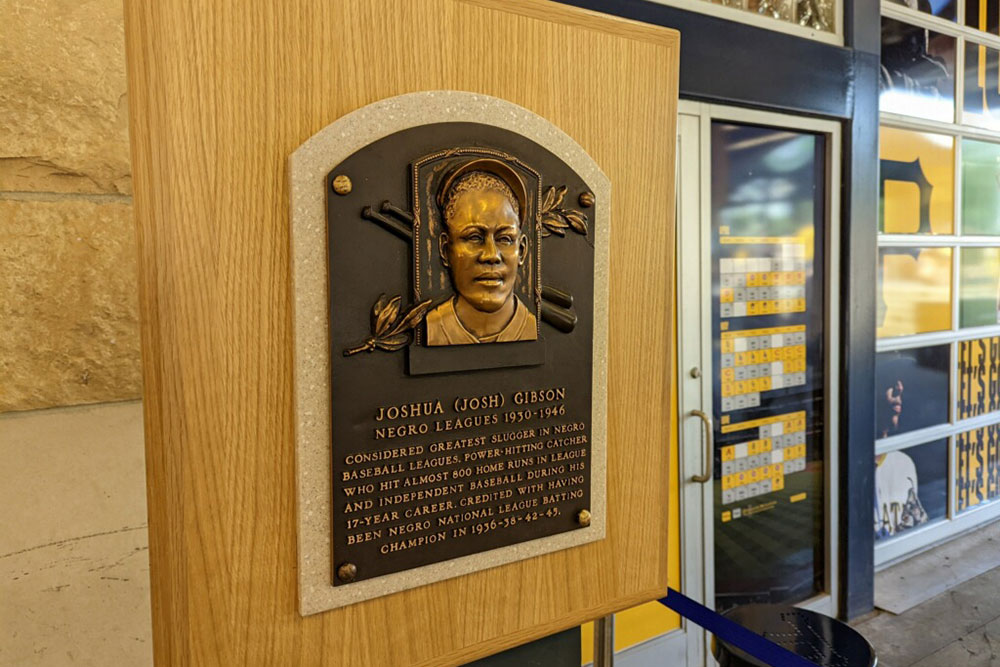 On Wednesday, Josh Gibson was at the ballgame.

Fifty years after the legendary slugger, considered by many to be the greatest power hitter of all time, was posthumously inducted into the National Baseball Hall of Fame, his plaque was brought to PNC Park.

“We want to make sure that people understood the importance of the Negro Leagues,” says Sean Gibson, executive director of the Josh Gibson Foundation and Josh’s great-grandson. “Some people still don’t understand what these guys had to go through just to play the game of baseball.”

During Wednesday and Thursday’s Pirates’ games, fans could get a rare, up-close view of Gibson’s plaque outside of Cooperstown, where it has remained since his 1972 induction.

“This is extremely rare,” says Jason Schiellack, the director of development and sponsorship for the Hall of Fame. “This is not normal — in fact, this plaque hasn’t even moved from the wall in 30-plus years.”

The appearance is part of a monthlong celebration of the anniversary, as The Josh Gibson Foundation introduces new landmarks and initiatives to honor Gibson’s legacy.

Thursday, the nonprofit, founded in the 1990s by Sean’s grandfather, Josh Gibson Jr., formally opened the Josh Gibson Heritage Park, a permanent memorial to Gibson at Station Square. Sean Gibson says the dedication has been in the works for several years, delayed by the coronavirus pandemic.

“It’s exciting to be able to have that exhibit finally displayed. Anytime you have some history that you can relate to Josh Gibson throughout the city, that’s great for our family and our foundation.”

Next is a very personal moment for the Gibson family — the addition of a grave marker to the final resting place of Helen Gibson, Josh’s wife, in Allegheny Cemetery.

“We never knew that my great-grandmother’s gravesite was unmarked,” Sean Gibson says. “We went right past her every time we went to go see Josh; she’s not far from Josh … She’s looking up at Josh, and he’s looking down at her.”

That marker, however, is only the first for the Foundation. As part of its initiative, the group is hoping to raise funds to add markers to at least 18 gravesites in Allegheny County where Negro League players are buried.

“This opened up a huge door for us, not just for my great-grandmother, but for us to do something special in her name and in Josh’s name to mark other gravesites.”

Such initiatives are only a part of the Foundation’s plans, which also include the development of an indoor, urban Miracle League field. 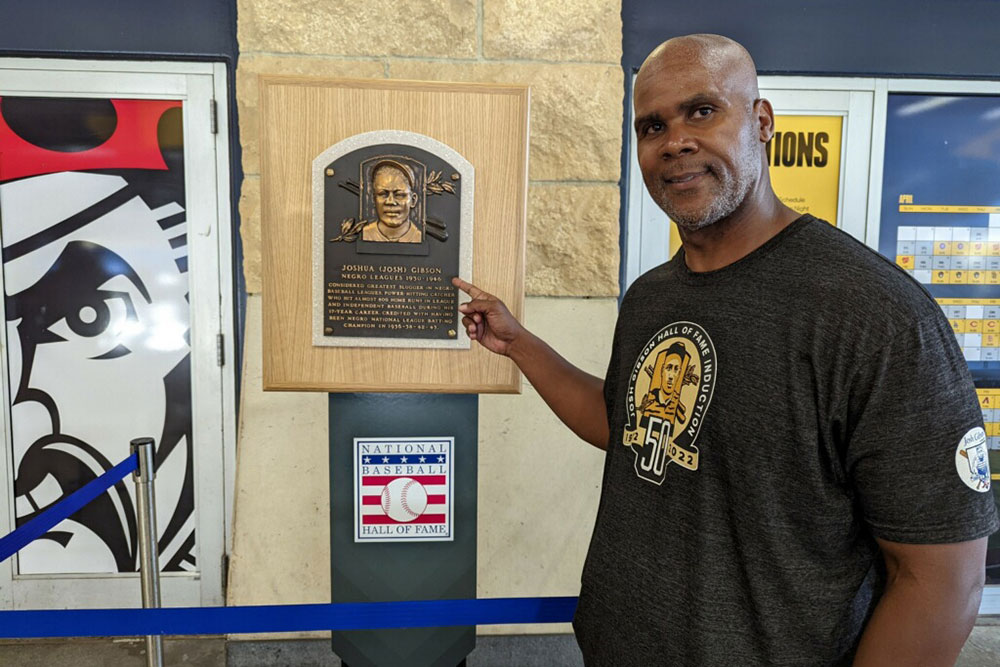 A new name for the award will be discussed, and could be confirmed, at Major League Baseball’s winter meetings in December. The award was previously named for former MLB commissioner Kenesaw Mountain Landis; in 2020, his name was removed from the award, a reflection of his role in preventing the integration of baseball in the first half of the 20th century.

Sean Gibson says choosing Josh Gibson as the new namesake would be a fitting tribute to the Negro Leagues.

“Kenesaw Mountain Landis denied over 3,400 African-American men the opportunity to play baseball. So if the MVP award was named after Josh Gibson, it would not just be about Josh Gibson — it would be about the 3,400 men who were denied opportunity.”