On the same day in 1971 and 1979, the Pirates defeated the same team to become World Champions. 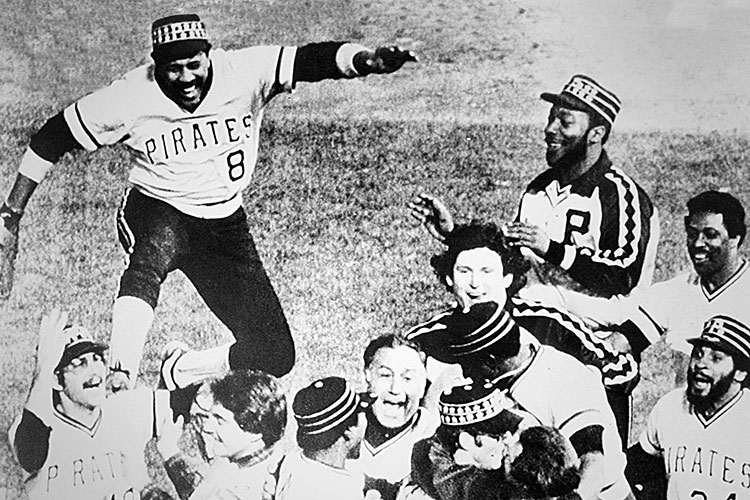 The Pirates’ last two World Series wins had a lot in common. Both wins happened on Oct. 17. Both wins were against the Baltimore Orioles. Both series went seven games. The final games were both in Baltimore, and, most importantly for the Pirates, their biggest stars finished as Most Valuable Players.

In 1971, Roberto Clemente became the first Spanish-speaking ballplayer to be named a World Series MVP. He hit safely in all seven games of the series, duplicating his performance from the 1960 World Series defeat of the New York Yankees.  ⇓

In 1979, the Pirates again faced the Orioles in the fall classic. This time, Willie Stargell led the way, earning the MVP Award after hitting .400 with a record seven extra-base hits. ⇓