During its 74-year lifespan, the stadium was also the second home of the Pittsburgh Steelers, until the team moved to Three Rivers Stadium. 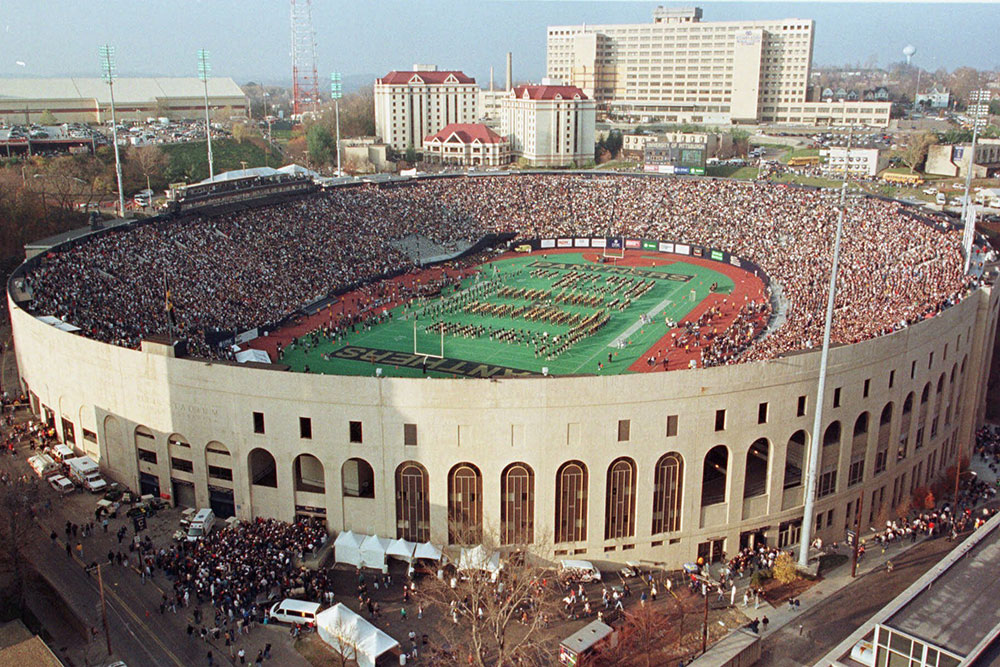 A crowd of 60,190 were on hand Nov. 13, 1999, when the Pitt Panthers defeated Notre Dame 37-27 to close out the era of Pitt Stadium. With nine seconds remaining on the clock, fans rushed onto the field to tear down the goalposts and to snatch up pieces of turf.

Ten years before that final game, then-athletic director Ed Bozik unveiled a massive overhaul to rebuild Pitt Stadium from the ground up. Luxury boxes and a dome were part of the $55 million plan. By the mid-1990s, the estimated renovation costs had ballooned and then-athletic director Steve Pederson decided it would be better to demolish the stadium and replace it with a convocation center and basketball arena, which was named the Petersen Events Center.

The decision not to replace the stadium remains a point of contention today among some fans who believe Pitt should have an on-campus stadium. Others contend that Oakland isn’t accessible, there is little parking for a football crowd and there is no place to put a new stadium.