This Week in Pittsburgh History: The Crash of USAir Flight 427

The accident led to the most extensive aviation investigation in world history. 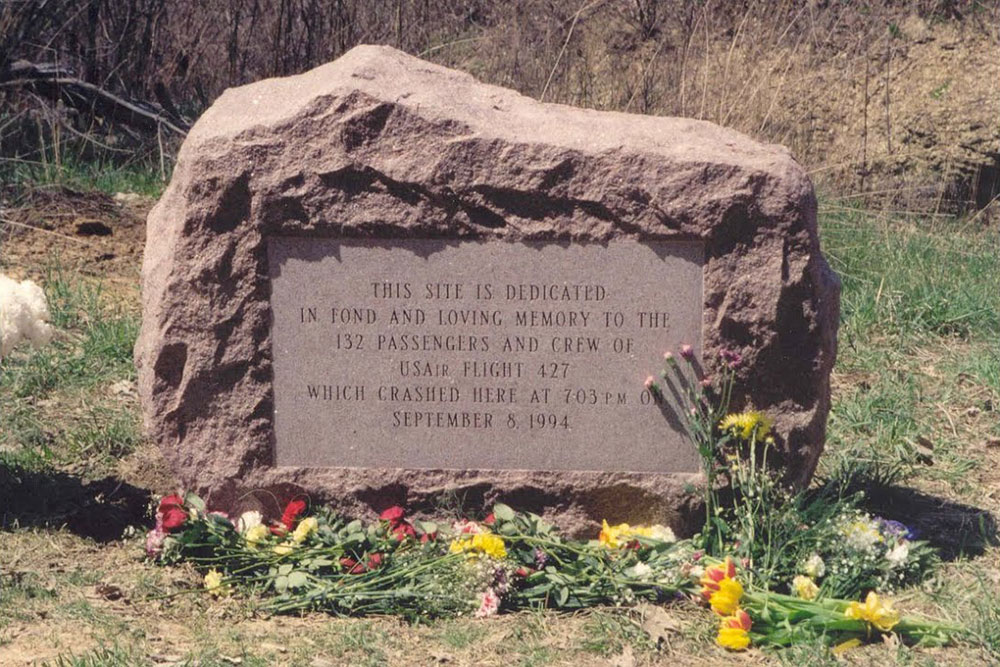 In the early evening of Sept. 8, 1994, a USAir Boeing 737 was within a few miles of landing at Pittsburgh International Airport when it suddenly crashed in a wooded area of Hopewell Township, Beaver County. All 132 on board were killed instantly in a crash that triggered the most extensive aviation investigation in world history and altered industry practices. The accident was the lead story across the country.⇓

It would take the National Transportation Safety Board four and a half years to conclude that a rudder malfunction caused USAir Flight 427 to fall from the sky. The agency recommended a redesign of the rudder controls and a backup system to prevent similar crashes. It also called for updates to all flight data recorders and new training for pilots to teach them how to better react to a jammed rudder.

In the aftermath, families complained that they were delayed in being notified about the crash and had problems reclaiming their relatives’ personal effects. Eventually, friends and family formed the Flight 427 Air Disaster Support League, which helped to establish an office within the National Transportation Safety Board that acts as an advocate for families of aviation accidents.