This Week in Pittsburgh History: Steel Phantom Opens at Kennywood

For a period of time, it was the world's fastest roller coaster. 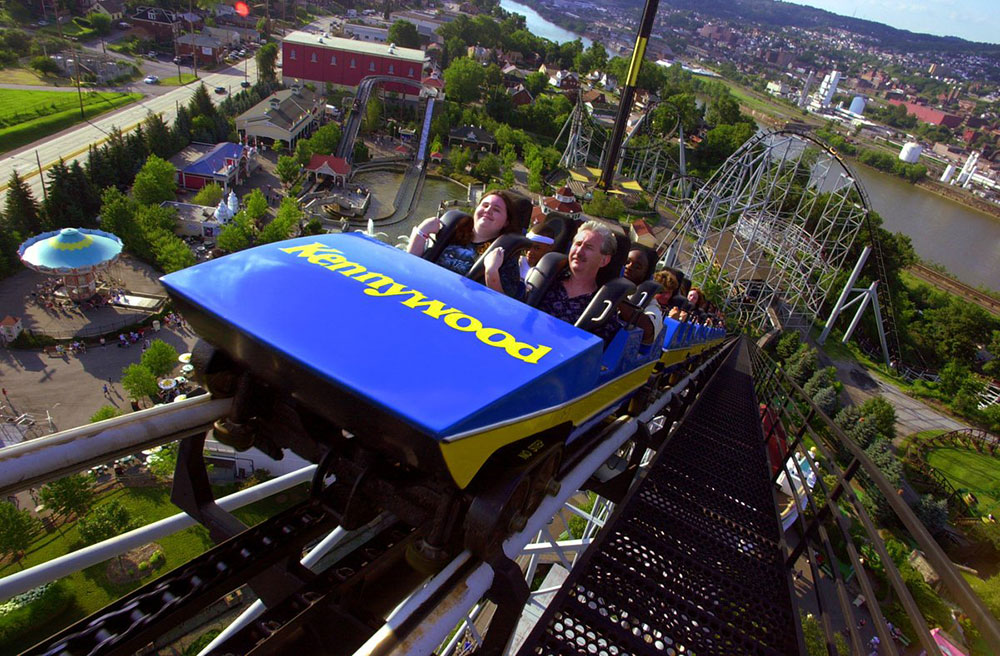 On May 10, 1991, Kennywood officially entered the coaster wars and the record books when the Steel Phantom carried its first passengers. From its opening day until July 1996, it was the world’s fastest and steepest roller coaster. Within days of opening, the park had to actually slow down the coaster after several riders complained of neck strain following their rides that clocked at 81 mph. Brakes were installed to slow down the cars before they hit four loops and turns toward the end of the ride.

Jump to 1:36 for the Point of View experience.⇓

Nine years later, the Steel Phantom was reimagined as Phantom’s Revenge. The new version of the coaster extended the 225-foot plunge by 3 feet, which sends the cars speeding through the Thunderbolt’s wooden frame, and replaced the Steel Phantom’s loops and corkscrew with a pair of bunny-hops. On average, the new version of the coaster is 5 miles an hour faster and the overall length of the ride is 18 seconds shorter than its predecessor.