This Week in Pittsburgh History: Roberto Clemente Is Too Fast for Hollywood?

Clemente was offered a small part in the 1967 film “The Odd Couple” but was eventually replaced by Bill Mazeroski. 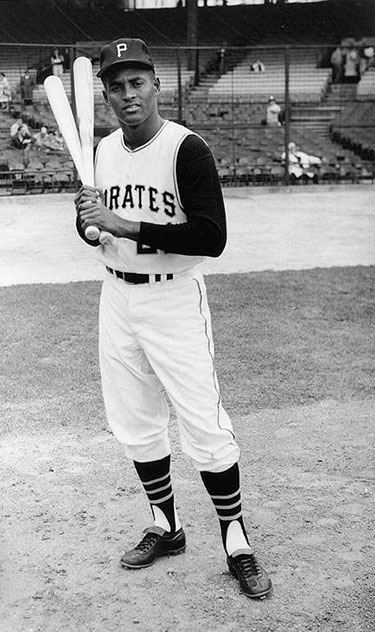 On June 27, 1967, the New York Mets beat the Pittsburgh Pirates 1-0 at Shea Stadium when Mets pitcher Jack Fisher got Bill Mazeroski to hit into a game-ending triple play. However, the game, including its dramatic ending, was a work of fiction.

The final out was filmed prior to the real Mets-Pirates game for a scene in “The Odd Couple,” starring Jack Lemmon as Felix Unger and Walter Matthau as Oscar Madison.

Clemente was initially picked as the Pirate batter who would hit into the triple play. However, a Mets fan who was there for the initial takes with Clemente says he kept beating the throw to first base.

After six takes, the filmmakers switched to the much slower running Mazeroski.

Other versions of the story suggest Clemente refused to take part after being misled that the movie was being made to benefit children.

Another explanation was offered in a New York newspaper.

“They insult me,” Clemente told Jerry Lisker in the New York Daily News, declaring that his payment should be nothing less than $1,000. “One hundred dollars, that’s what they want to pay me. Who do they think they try and fool? They think Roberto Clemente was born last week?” He continued, “What would fans in Latin America say if they see me hit into triple play? They would not understand.”

In the film, the sportswriter Madison is covering the game when he’s pulled away from his perch in the press box by an “emergency” phone call from his roommate, Unger.

At the time, the Mets are up by a run in the ninth inning. Pittsburgh loads the bases and one of their top hitters comes to the plate. “Well, that’s the ballgame,” predicts Heywood Hale Broun, cast in a cameo as a fellow reporter.

“It’s not over yet,” is Madison’s rejoinder. “What’s a matta, you never heard of a triple play?”

Madison then takes the “emergency” phone call from his fussy roommate, who implores him not to eat any hot dogs because of the franks-and-beans dinner he is preparing.

At that moment, Mazeroski smacks into a triple play, ending the game. “Greatest fielding play I ever saw,” Broun tells Madison, “and you missed it.”