This Week in Pittsburgh History: Dippy the Dinosaur Is Unveiled

Also, Mister Rogers is honored at the White House. 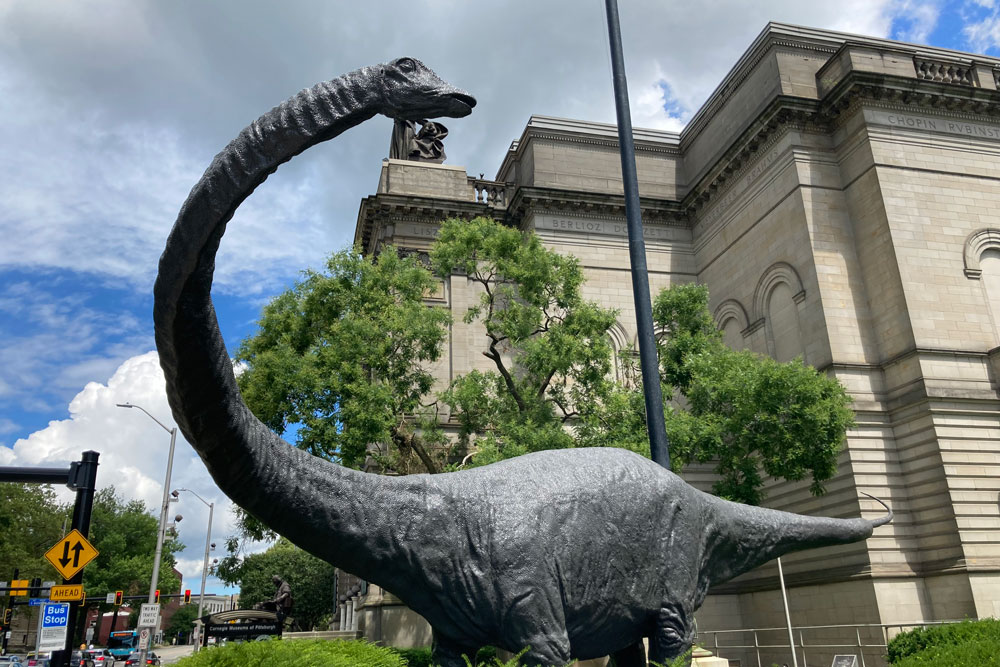 Twenty-two years ago this week, Dippy, the 3,000-pound, 22-foot-tall, 84-foot-long dinosaur sculpture that stands adjacent to the entrances of the Carnegie Music Hall and Carnegie Museum of Natural History, was unveiled. Former Pittsburgh Magazine writer Margaret J. Krauss dug up these interesting facts about Dippy in 2015.

Also this week, Mister Rogers was awarded the Presidential Medal of Freedom at the White House. Take a look⇓