Madoff became one of the most colorful members of City Council during her 15 years in office. 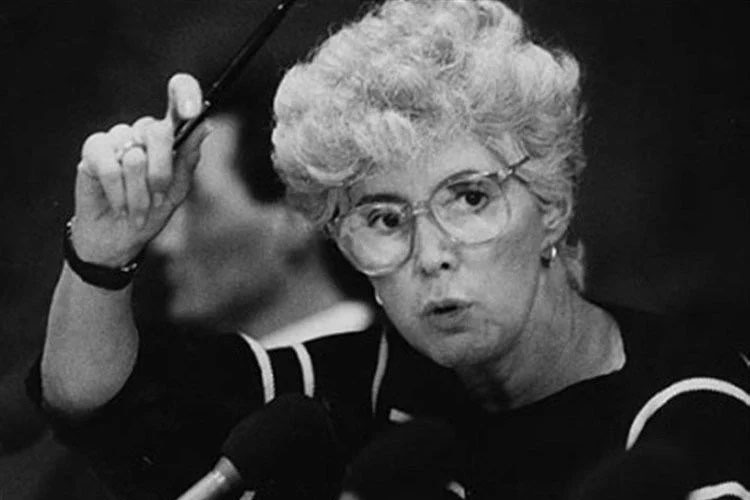 You always knew where Michelle Madoff stood on any given issue, not only by her words but also by her sometimes unconventional actions.

Madoff was elected to Pittsburgh City Council in 1978, to fill the unexpired term of Richard Caliguiri (Caliguiri ascended to the Mayor’s office to succeed incumbent Pete Flaherty, who had been appointed U.S. Deputy Attorney General by President Jimmy Carter).

On April 4, 1980, after a years-long fight to have Council’s restroom redesigned to be uni-sex, she hosted a “toilet party” for her supporters to celebrate her success. Sophie Masloff, the only other woman on council at the time, skipped the party, telling reporters, “What the hell do I care about her toilet? I got more important things to do.”

Madoff’s battles with former council President Eugene “Jeep” DePasquale were legendary. In 1983, DePasquale promised to kiss her behind, under the Kaufmann’s clock, if one of her proposals succeeded. When it did, Madoff along with a dozen reporters and 100 onlookers, famously waited at Fifth and Smithfield at high noon on Jan. 24, 1983, for DePasquale to show up. He skipped the event, later telling reporters, “I thought it would be undignified.”

Madoff is also remembered for her tip to the FBI that led to the arrest and conviction of former council president Ben Woods for racketeering, extortion, conspiracy and failing to pay income tax.

Failing to win a fifth term, Madoff moved to Las Vegas, where she met and married Fred Scheske. The couple moved to Peoria, Arizona, where she died of leukemia in 2013 at the age of 85.

This Week in Pittsburgh History: The First Daylight Saving Time Takes Effect in the United States