Earhart initially thought her flight would end with “a perfect landing.” 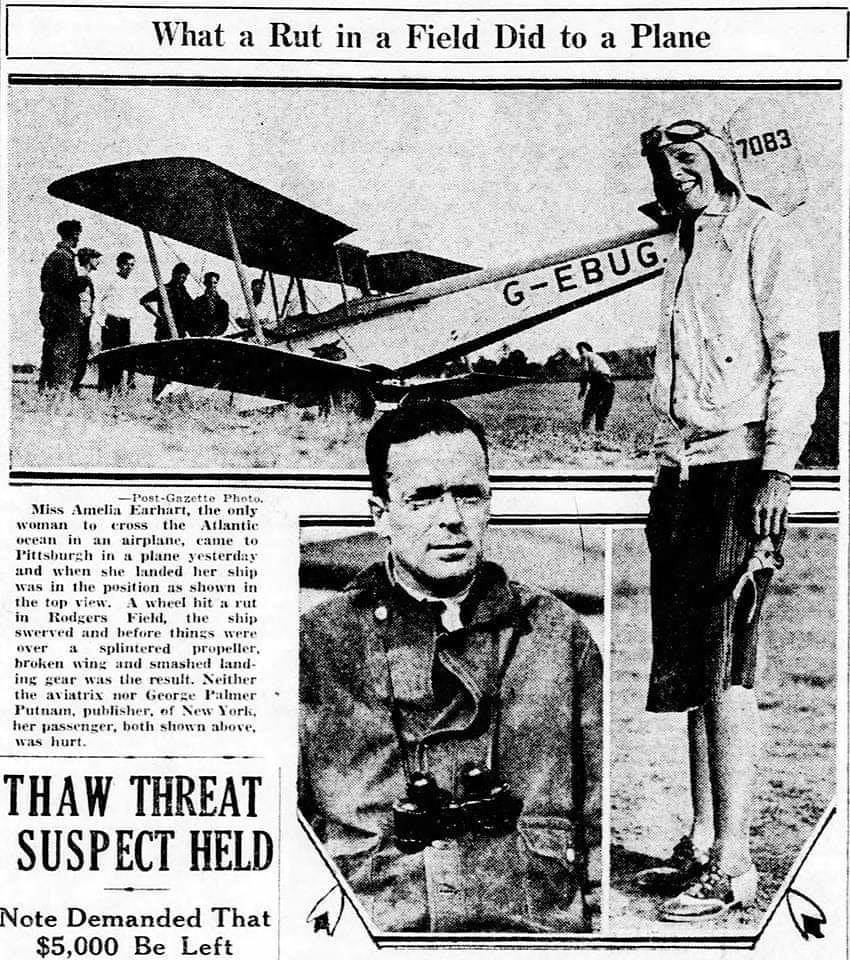 Runways were not always smooth surfaces back in 1928. Famed aviator Amelia Earhart learned the hard way when she landed at Rodgers Field in Fox Chapel more than 90 years ago this week.

As her plane touched down, a front wheel struck a rut and began to veer out of control, according to the Pittsburgh Post-Gazette.

“The plane, as it swerved, stood on its nose for a moment, it appeared, and staggered in the wind. It seemed for a minute that it would turn over, but settled back with its tail about 15 feet in the air,” the paper reported.

“The rut is at the southwest end of the field and Miss Earhart declared the ground looked level from the air and that she didn’t notice the hole until the right wheel hit it. The impact bent the wheel under & the landing gear shattered about 100 feet farther.”

The crash occurred on Aug. 31, 1928, nine years before Earhart would disappear, four years before she became the first woman to fly solo nonstop across the Atlantic. She was 31 years old and she had decided to take a vacation after writing her first book “20 Hrs., 40 Min.”

“I didn’t circle the field first because as I looked down it appeared so level that I didn’t believe I could make anything but a perfect landing,” Earhart told the PG. “I have been told that accidents come in ‘threes’, but I hope this isn’t true in my case.”

Neither Earhart nor her passenger, George P. Putnam, who would become her husband a few years later, was hurt. At the time of this particular flight, Putnam was married to another woman but was spending lots of time with Earhart as her publisher.