The mayor of Thornburg lives in a Mission Revival house that bears a striking resemblance to a former restaurant chain. 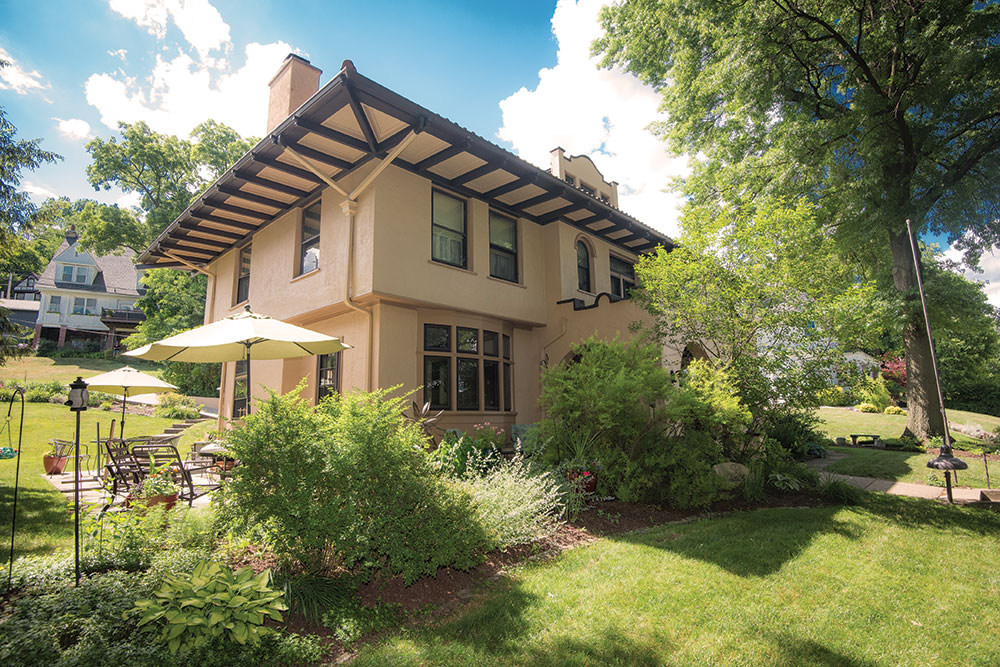 It’s not hard to find the Mackins’ place. There simply aren’t many homes in this part of the country quite like their imposing Mission Revival house on Cornell Avenue in Thornburg, with its broad-eaved tile roof topping the tan stucco cement walls like a sombrero.

Nevertheless, when Tom Mackin and his wife Eileen moved here with their two children more than 30 years ago, he used to have a helpful direction for visitors, although it’s less effective nowadays.

“I used to tell people, look for the house that looks like Chi-Chi’s,” he says.

But a dwelling of such character surely deserves a better comparison than a defunct Mexican restaurant chain. The covered front porch with doubled archways offers a shady spot for a siesta or waving at passing neighbors, while the side patio is encircled with greenery and flowers tended by Eileen, who has more time for gardening since she retired last fall after a career in nursing. Tom still is working, both at his small paving and landscaping company and in his somewhat higher profile job as mayor of Thornburg, where he is serving his fourth term.

“Nobody’s run against me,” he says. “They keep letting me do it and I enjoy it. It’s my community service.”

Mackin’s mayoral duties have included officiating at 10 weddings, two of which were held in his house. It is an attractive event venue, with its beamed ceilings, dark wood paneling and pocket doors in addition to fireplaces and glass-fronted Craftsman bookcases.

The house is only a couple of years older than the borough of Thornburg, which was incorporated in 1909. The name is not a derivation. It came directly from the Thornburg family, who owned farmland here for a century in 1899 when two cousins, Frank and David Thornburg, formed a development company and parceled out 250 acres of the ancestral land. 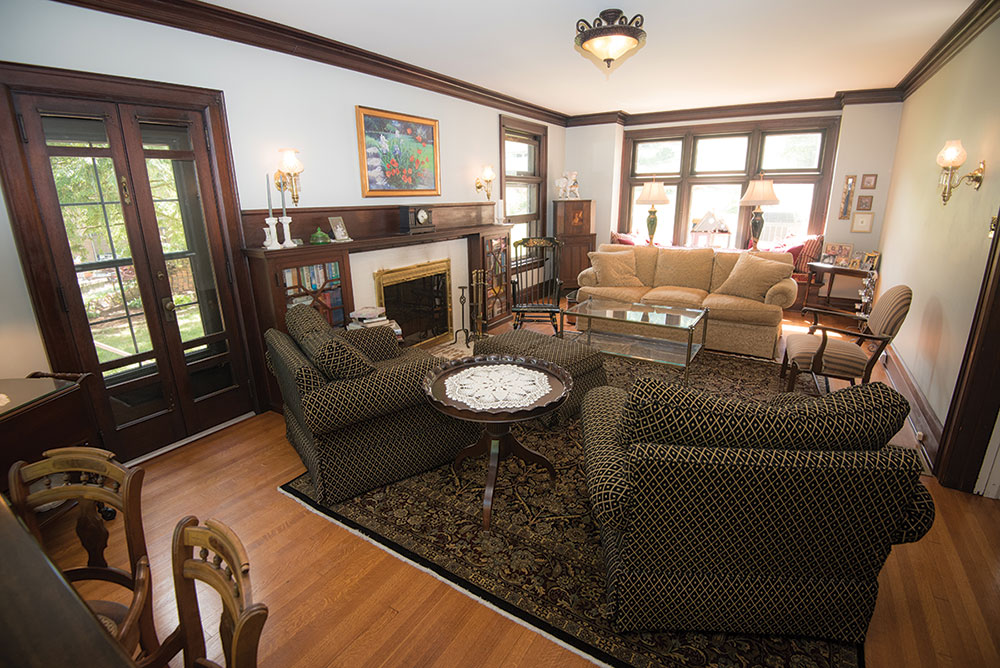 Advertisements boasted that the community, half an hour from the city center by trolley, allowed only “artistic houses” of fine architectural design. The neighborhood has enough examples to have been designated a historic district in 1982.

Vacationing in southern California with his family each winter, Frank Thornburg would return with photographs of houses he had seen and admired. He shared them with another cousin who lived in the neighborhood, architect Samuel McClarren, who designed the house at 1124 Cornell for Cornell Pfohl, a prosperous tailor with a Downtown business on Wood Street. Streets in the plan are all named after colleges, and one assumes Pfohl liked living on one that bore his name. He was the first Thornburg resident to put a concrete sidewalk in front of his house to replace the wooden planking; the neighbors soon followed.

McClarren designed a number of other fashionable homes in the plan, a few in the Prairie School style, and a V-shaped stone mansion near the top of the hill for Frank Thornburg. To lure aspirational home buyers, the developer laid out one of Pittsburgh’s first golf courses down on the flats by Chartiers Creek. Pfohl won a 1909 tournament on the course thanks to his 25 handicap. His wife, Etta, baked 100 hot apple dumplings for a club dinner served on the links.

The Pfohls had two children, Cornell Jr. and Henrietta. As a young teenager, the boy once tried to sell spring water he bottled from the nearby picnic grounds. He acquired a wooden cart and a goat to pull it, but the animal proved too stubborn, and the plan was abandoned. Neighbors were said to be relieved when the smelly goat departed.

The Mackins bought the property in 1987 from Edward Cable, who also served as mayor of Thornburg. He and his wife, Kathryn, lived in the house for four decades and raised three children there.

“We put an offer in,” Tom Mackin says, “and they said, we want to meet your family. Bring your boys over and we’ll have cookies and milk and visit.”