Interior designer Esther Dormer brought joy and color to a small row house by taking inspiration from the maximalist 1970s. 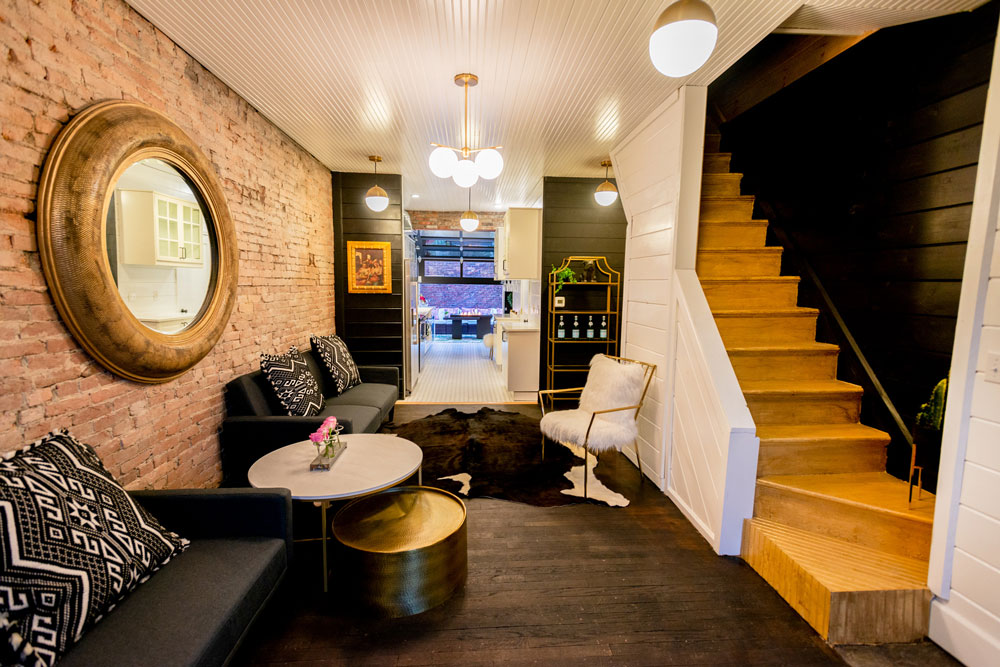 If there was one thing designer Esther Dormer loved about the home decor of the 1970s, it was the anything-goes spirit.

Maximalism and minimalism mingled. No colors clashed. If you wanted to drop four different patterns and gilded light fixtures into a room with shag carpet, you could — and it would look amazing.

“In the ’60s, design was still very formulaic and conservative,” Dormer says. “Your drapes had to match the couch, which had to match the rug. The ’70s broke it open. There was a sense of fun and liveliness. It was whatever you wanted it to be.”

So when Dormer, who has a knack for making the most of small spaces, purchased a dark and cramped South Side row house in late 2018, she knew just how to liven its somber mood — with lots of natural light and a ’70s vibe. 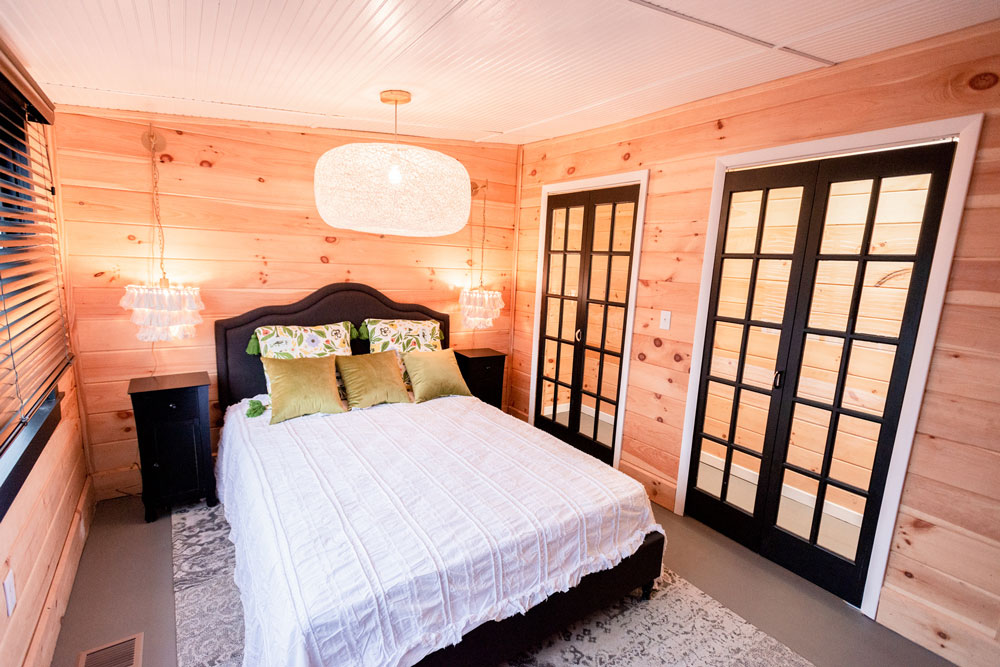 She wound up finishing the renovation just before the start of the COVID-19 pandemic. During such a chaotic and stressful year — in which most Americans spent an inordinate amount of time embedded in their homes — it ended up being the right time for a joyful aesthetic.

“I wanted a happy vibe,” Dormer says. “I did not want it to be monochromatic and serious.”

Dormer, whose work has received national attention since she began her design business in 2008, prefers to let the space and the moment inform her design rather than approaching projects with predetermined ideas. 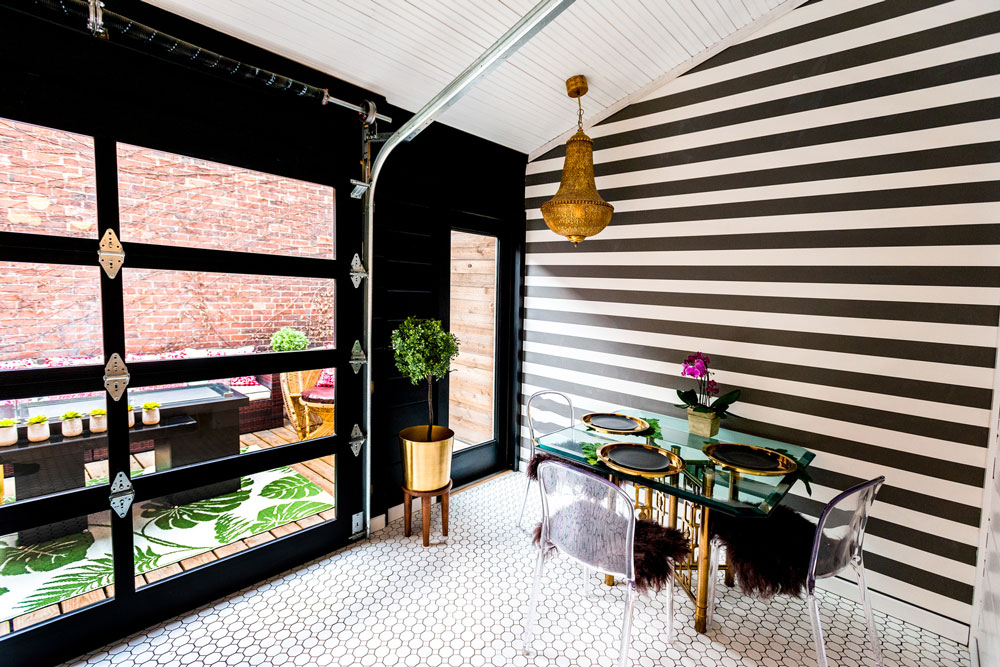 The first step in this design (and attitude) adjustment for her home was structural, opening the first floor so that three distinct rooms — living room, dining room and kitchen — became one long, seamless space. Then she installed a glass garage door leading from the kitchen to the back patio, allowing sunlight to filter in unobstructed.

She covered the home’s plaster walls and ceilings, which had deteriorated in spots and were extremely expensive to repair, in wooden slats of varying sizes to add visual interest and texture. The result was a bit too “cabin in the city” for her taste, so she then painted everything a high-gloss, high-glamour black and white.

The true magic began when she started hanging light fixtures. Gold and white globes create an expansive constellation on the ceiling of the living area, while an ornate empire chandelier pops against wide-striped wallpaper in the eat-in portion of the kitchen. 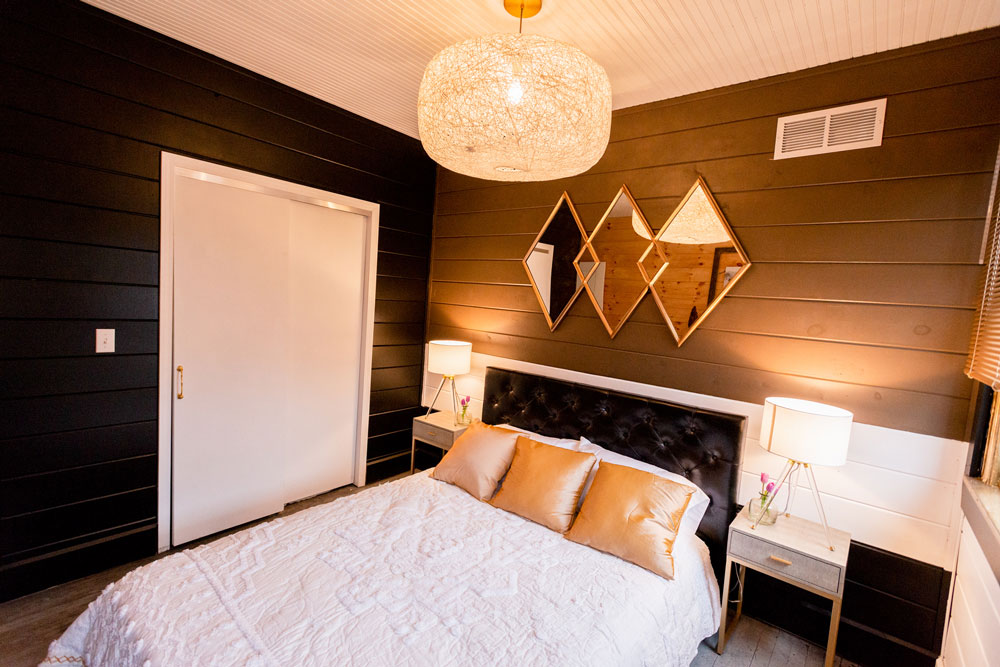 The light fixtures are reminiscent of the golden hoops, loops and chains of ’70s-era jewelry and were the jumping-off — or diving-in — point for Dormer’s design. 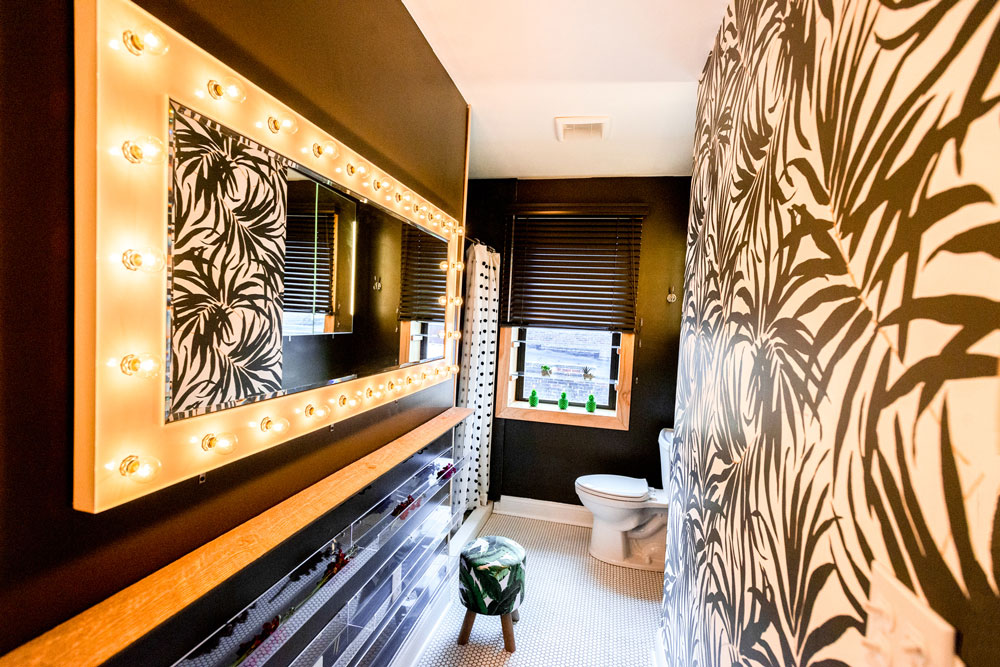 The main bathroom boasts a massive, Hollywood-style mirror and whimsical, patterned wallpaper. The living area is a playful patchwork of patterned pillows, shag throws, hide rugs and one of Dormer’s all-time favorite pieces — a vintage, brass-and-glass table she bought at Heist in Dormont.

Like the golden chandelier in the kitchen, the table was a spontaneous purchase that she didn’t need at the time — but really, really wanted.

“Much to my husband’s frustrations, when I see something I love, I buy it,” Dormer says. “I don’t always know where it’s going, but I know I have to have it.”

This article appears in the July 2021 issue of Pittsburgh Magazine.
Categories: HOME + Design