This American Foursquare on Mt. Washington Comes with a Backyard Oasis

The conveniently located, four-bedroom, all-brick home is within walking distance of the Shiloh Street shops. 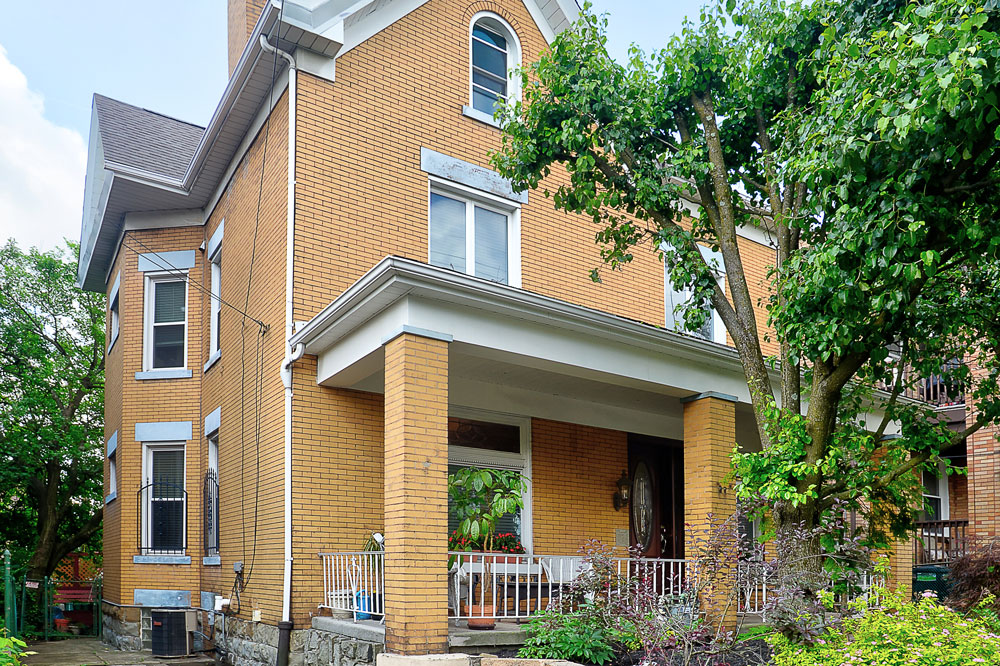 Sometimes when you are house-hunting, you just happen to land by surprise in a neighborhood you end up loving. That’s what happened to Don Rosenthal and his late wife, Linda.

The couple decided to take a look at an American Four-Square Colonial in Mt. Washington. Located at 324 Bailey Ave., there was a lot to like about it — including a few standouts.

“The thing I really loved? It had a really large master bedroom and huge closet space,” Don says. “The basement was done, too.” 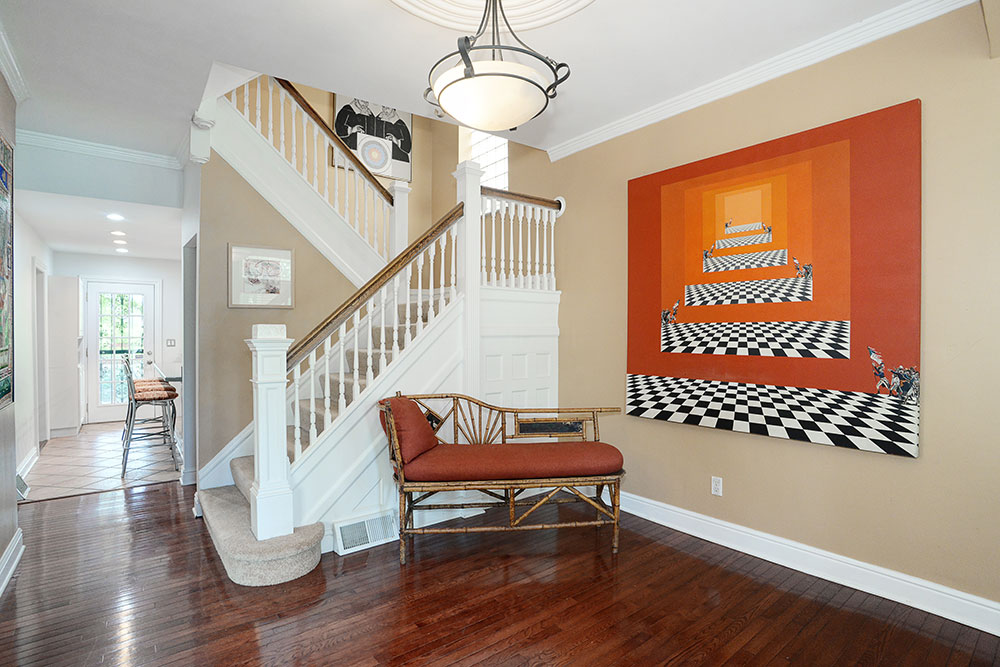 The home, which boasts four bedrooms and three and one-half baths, had plenty of room to entertain, which suited Linda just fine. The couple loved to host large parties of 40 to 50 people in the house.

“We used all of the space, front porch, back porch and living room,” Don recalls.

The all-brick exterior is easy to maintain. There are planted beds in the front of the home that lead up to the front porch. Beyond the original leaded glass windows is a spacious entry with a paneled oak staircase and hardwood floors, which immediately sets a welcoming tone. 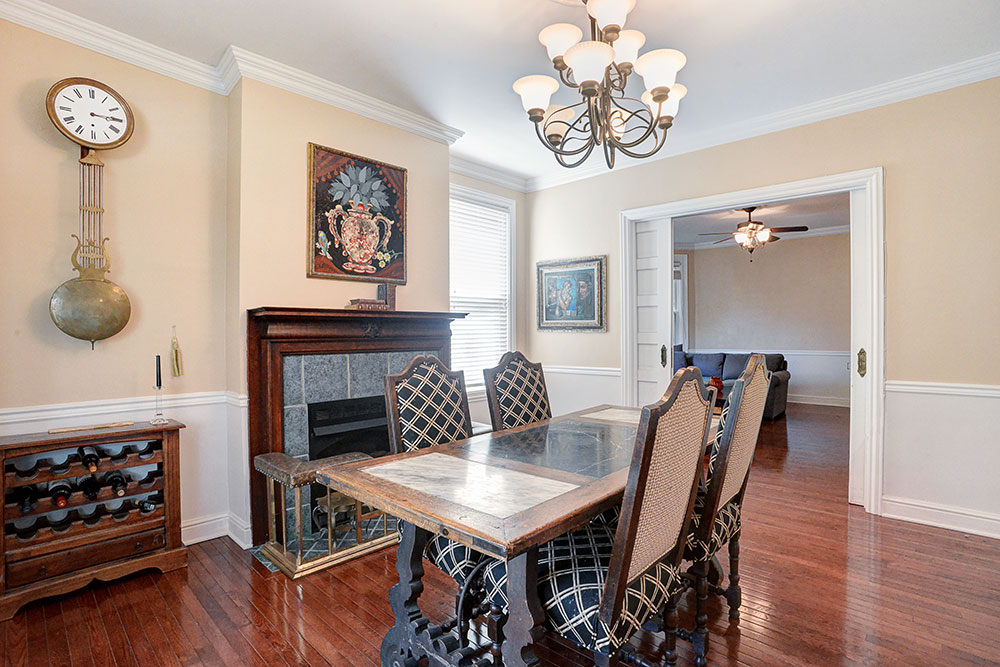 The generously sized living room and dining room have white panel wainscoting as well as nice crown molding. In between, a pair of pocket doors separate the spaces, which the couple flipped.

“The dining room was 20 percent bigger than the living room, so we changed it around,” Don says. 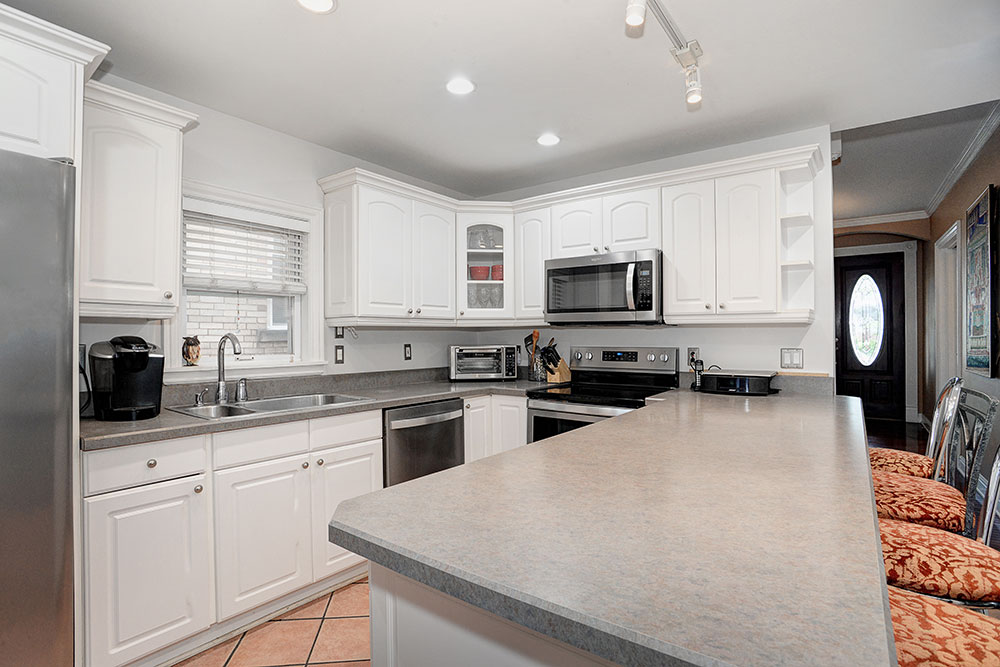 This made easy access to the kitchen, where there are white cabinets with a cathedral arch and light gray countertops. The island seats four and the appliances are all stainless steel.

Don says the previous owners renovated much of the home but the backyard had not been touched.

“There was a tiny porch off of the kitchen with a few steps going to the yard that had one tree in the corner,” he says. “We made it an oasis.” 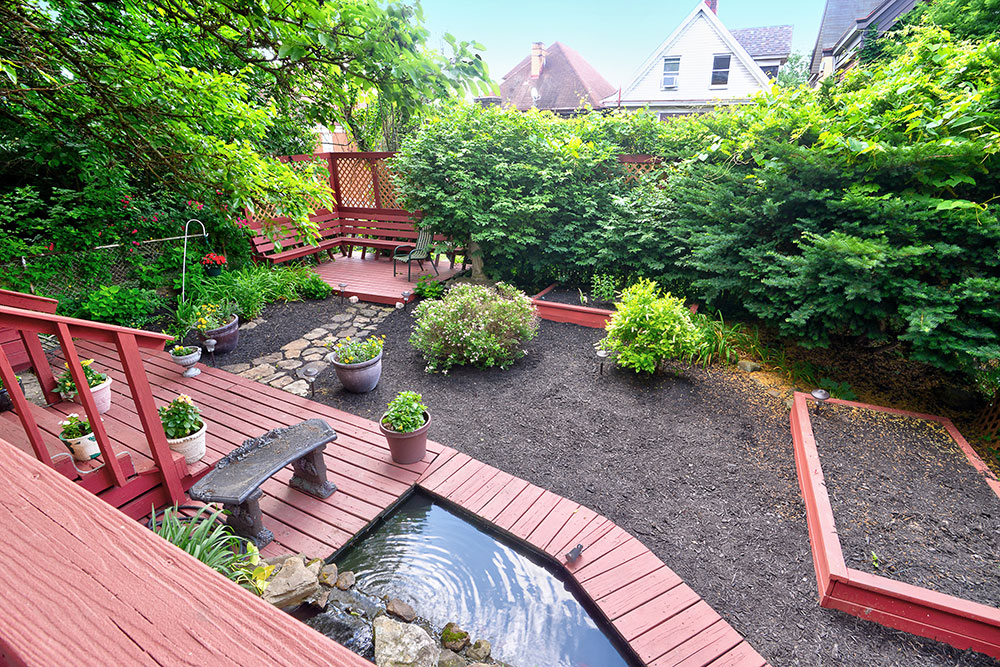 The couple added a partially covered porch with multiple seating areas and a grilling station. Steps take you to a filtered pond with a meditation bench, stone planters and, on the far side of the yard, a cozy corner where there’s room for several friends to chat. There also are several raised planting beds. The outdoor furniture is optional with the sale.

“We worked with a landscape architect,” Don says. “There are goldfish in the pond.” 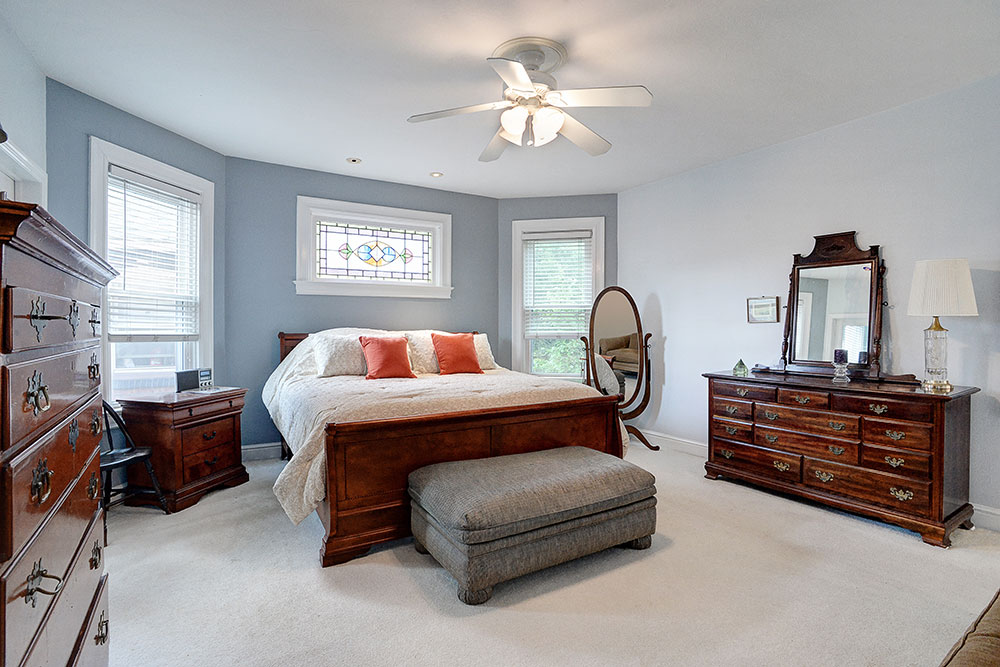 The second floor of the home has a convenient laundry room as well as an owner’s suite with a bow window enhanced by stained glass. The large, attached bathroom has a separate jetted tub that calls for a soak. A second bedroom is serviced by a full bathroom in the hallway.

The third floor has two more bedrooms, including one with a wall of bookcase storage, and another full bathroom.

Don says he used the finished basement as a home office for his business, Economy Welding.

“We installed the ironwork on the exterior of this house,” he says. “It was custom ornamental iron from my shop.” 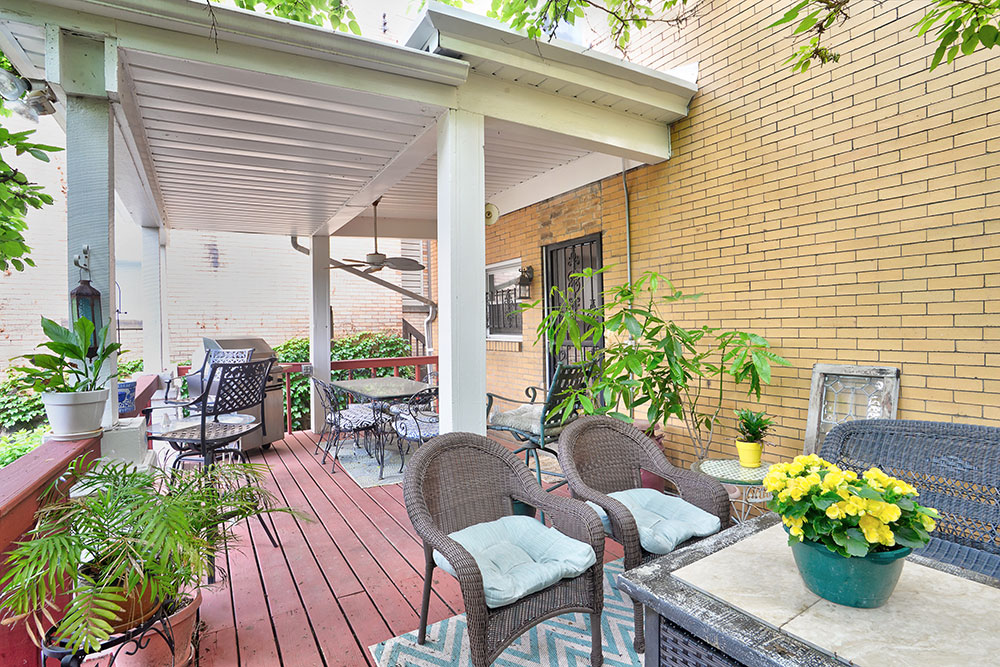 The home has forced-air heat and central air conditioning as well as two-car, tandem off-street parking. It’s located within walking distance of Mt. Washington’s many amenities.

“I love the neighborhood. We lived there for 18 years,” Don says. “We walked to the Shiloh Street shops. [It was] easy to get to the supermarket, bakery, ice cream store, or, you could head the other way to Allentown and go to Alla Famiglia.”

About: Mt. Washington
Population: 14,567
Planes, Trains & Automobiles: Just a 20-minute commute to the airport. Daily transport via Port Authority, including two historic inclines. Street parking.
Schools: City of Pittsburgh, features extensive magnet programming including the award-winning CAPA in the heart of Downtown. (pittsburghschools.org)
Neighborhood: Perched 367 feet above the riverbank, Mt. Washington has been named in the top three city views worldwide. Overlooks, inclines and a panorama that reaches from all points to the apex of the city and the head of the Ohio River showcase wonders to visitors who trek up. Grandview Avenue is filled with cliffside restaurants, including Altius and LeMont, while St. Mary of the Mount Church keeps a watchful eye on the city below.