The DC chef wows our dining critic at an Eater Young Guns pop-up dinner at Ace Hotel in East Liberty. 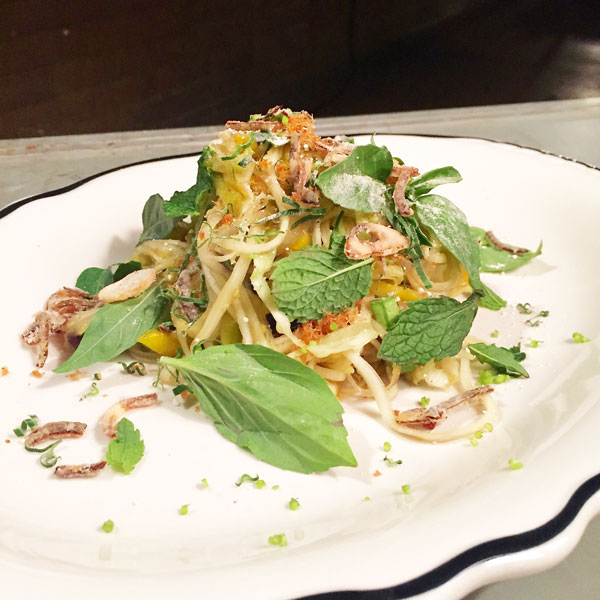 Once in a blue moon, I attend a popup dinner that’s so unexpectedly excellent that it’s worth a retrospective glance. Chef Bobby Pradachith’s Eater Young Guns dinner on Tuesday night at Ace Hotel in East Liberty was one of those dinners.
​
Pradachith, 23, is the co-chef and owner of Thip Khao, a family-run Laotian restaurant in Washington DC that’s garnered much-deserved praise for a menu that explores the cuisine of Pradachith’s parents, most notably through his mother, head-chef and owner Seng Luangrath.

For this dinner, Pradachith developed a menu rooted in the cuisine of Laos, but that also added elements of Pittsburgh’s eastern-European-rooted food culture. I was impressed by how he was able to add subtle homage to our city while still holding true to his heritage. He built a meal that didn’t at all feel hemmed together even though he was working with radically different cuisines. 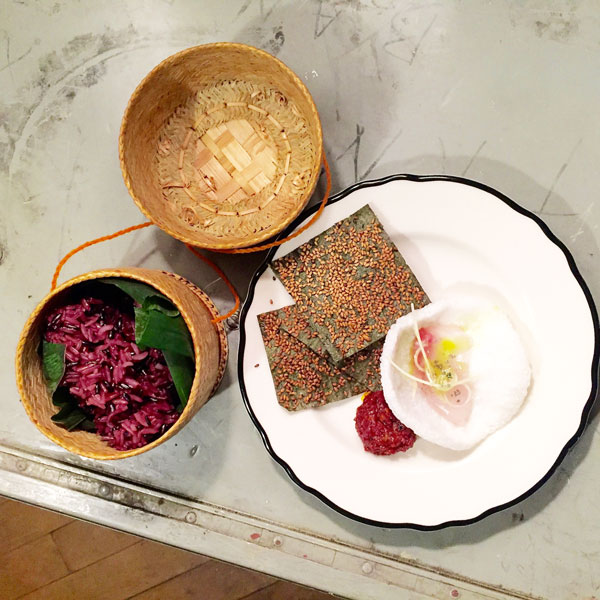 The dinner started with lightly cured black bass crudo served atop a shrimp cracker and dressed with herbs and scallion oil. It was tasty, but even more impressive were all the items that surrounded the plate. I loved running sticky rice through the fermented fish-chili paste, a sweet-hot, punchy condiment that Pradacthith should bottle and sell. Also enticing were the cabbage kvass (basically, sauerkraut juice), nature’s salty, cruciferous answer to Gatorade and the crunchy Laotian riverweed crackers.

Course two was Tam Muk Houng; green papaya, mango and salted cabbage salad with fish sauce vinaigrette, toasted rice, long beans and an assortment of herbs. It was good, but also needed a little lightness, perhaps from the addition of citrus. I was much more excited by the Laotian-influenced spins on borsch that followed. Hot and cold versions, served in the same bowl, were bolstered with pickled mustard greens, fried sweet potatoes and quail eggs; whipped kiefer added softness and sour to the vegetal broth.

Next, there was the course that changed everything, the one that prompted me to write this recap: Pradachith’s redefinition of stuffed cabbage. 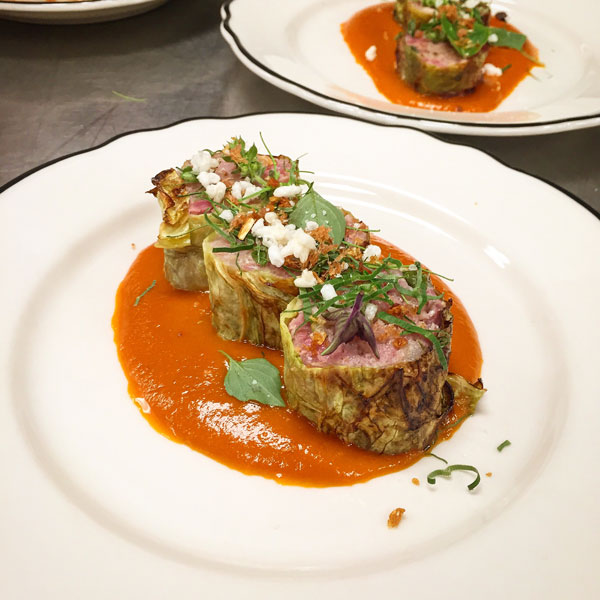 In a dish listed on the menu as galubtisi (likely a misspelling of golubtsi), Pradachith rolled cabbage with sour pork sausage, and rested it on a seemingly incongruous yet can’t-stop-eating-this harmonious soybean-tomato sauce. He topped the rolls with puffed rice, herb salad and fried galangal. I’ve never tasted anything like this before. The dish managed to hit so many notes — funky, fermented, sour, sweet, savory, herbaceous, crunchy, fruity, acidic — at the same time yet still find perfect harmony. It was the best bite of food I’ve had in months.

Pork shank braised in caramelized coconut, tamarind and mango rounded out the savory courses. The lusty shank — served with potato dumplings and a salad of zucchini, carrot, sorrel and crispy mung beans — was gobbled up by the table, as was a charred eggplant alternative.
​ 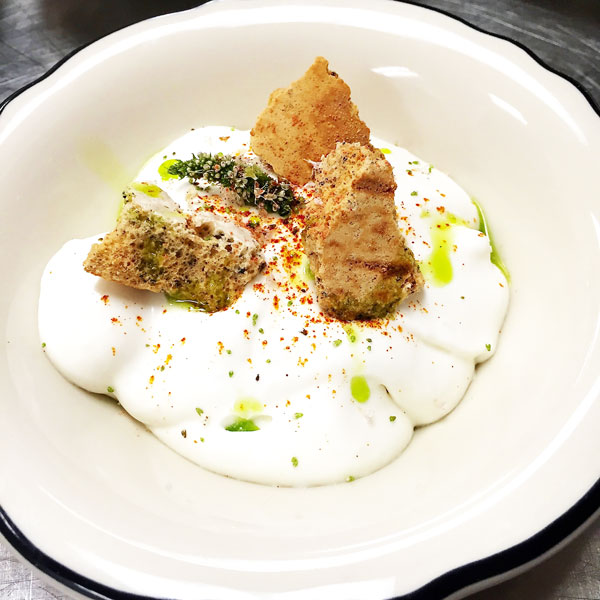 Pradachith conjured lighting again with dessert, which was so alluring that I found myself unconsciously dipping into second serving of “Pav-lao-va,” his Laotian play on the Russian meringue dessert. A cloud of slightly sour whipped coconut cream spiked with black sesame meringue and dusted with salted plum, mint flowers and mint oil hid a treasure-find of peach and kaffir lime compote and sweetened sticky rice.

The meal was capped with rose tea.

Despite some serious flaws in pacing (that this was Pradachith’s first popup was reflected in the sometimes quite lengthy lag between courses), this was undoubtedly the most exciting one-off meal in Pittsburgh so far this year. Cheers to Eater for showcasing this rising star chef, and for bringing him to Pittsburgh so we can get a taste of what he's doing. Looking forward to visiting Thip Khao the next time I'm in DC, too.