Think You Can Escape a Submarine? Find Out at the Carnegie Science Center

Starting April 15, the Science Center will unveil an escape room aboard the USS Requin submarine. 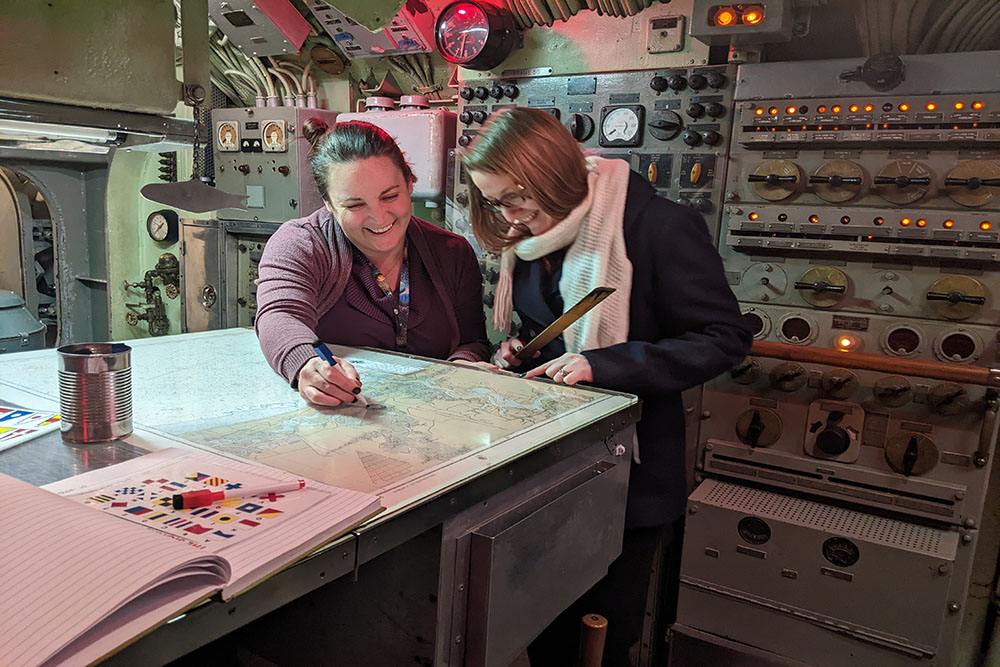 If you’ve ever wondered if you could escape a submarine, you’ll now have a chance to find out.

The USS Requin, a World War II-era standard fleet submarine, has been parked along the shoreline of the Ohio River near the Carnegie Science Center since 1990. Next month, it’s going to be turned into an escape room; visitors will be able to put their detective skills to the test and solve a series of puzzles and games related to science, general naval principles and the submarine’s history.

“The escape room is a perfect way to fulfill our mission to entertain while demonstrating the fascinating science of submarines and challenging our guests to practice their problem-solving skills,” says Jason Brown, Henry Buhl Jr. director of the Carnegie Science Center. “It is an experience like no other.”

The experience will last an hour. Tickets will be available on select Fridays and Saturdays starting April 15 through May 28. There will be two shifts: 5:30 p.m. and 7 p.m. Tickets have to be purchased in advance — walk-ups are not allowed — and will cost $25 for museum members and $29 for nonmembers.

The submarine’s operations manager, Maria Renzelli, says the escape room is “an intersection of history and creative problem solving never before seen on a historic ship.”

“Guests have an opportunity to use their wits and teamwork to solve problems involving Requin’s military and social history, basic naval principles, and logic,” she explains.

The USS Requin was first commissioned on April 29, 1945. It made its first journey to Hawaii to join the Pacific Fleet at Balboa, just days before World War II came to an end. It would go on to complete more than 5,000 dives around the world in the subsequent decades before beginning its final deployment in April 1967, aiding the Sixth Fleet in its search for a lost nuclear submarine.

Today, the submarine, which was officially struck from the Navy list in 1971, serves a much different purpose. As an extension of the Science Center, it educates the museum’s hundreds of thousands of visitors about life aboard a mid-century sub.

A far cry from the nuclear-powered subs that now populate the country’s Navy, the interior of the USS Requin is a museum, laden with relics of a bygone era — a Navy mark V dive suit, circa 1950; an anti-submarine weapon called a mark 9 depth charge, which represented a significant advancement in depth charge engineering at the time; a torpedo; and personal memorabilia including a ward room ashtray, Lionel Corporation telegraph key and a quartermaster’s spyglass.

The exhibit also boasts a video tour, a virtual periscope, a digital scrapbook and animated interactives that allow you to “explore the engineering marvel that propelled a diesel submarine over — and under — the high seas.”

The escape room experience is recommended only for guests 13 and older. Full mobility is required for the experience, and tickets only include admission to the USS Requin, not the full museum.