See a boatload of short films, dance at The Warhol and demand more cowbell this weekend. 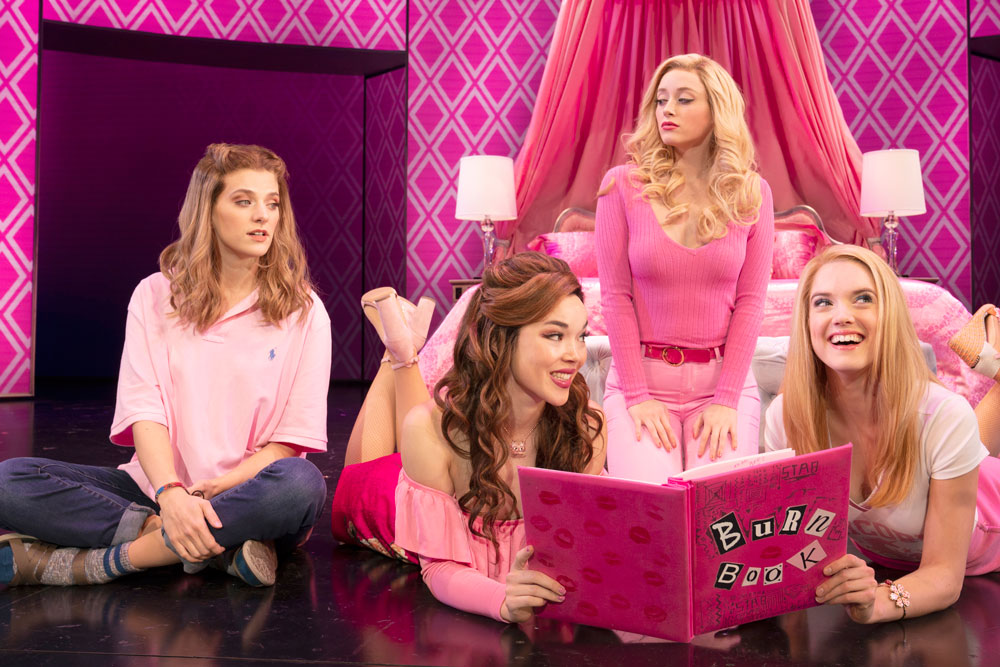 While the movies-become-musicals trend is certainly starting to wear out its welcome, even the most dedicated purist would have to admit that “Mean Girls” makes good Broadway sense. The film has a high school setting straight out of “Grease,” a wide-eyed protagonist and villainous foil and plenty of catchphrases begging to be set to an upbeat score. It’s an easy formula for light entertainment.

The show, appearing in Pittsburgh this week as part of its first national tour, is undoubtedly an entertaining night at the theater. The young cast is great; Danielle Wade, an understudy for the Broadway run, shows off an impressive voice and natural charisma as Cady Heron. Jonalyn Saxer stands out among the plastics as Karen, the comic relief with a heart of gold. Mary Kate Morrissey nearly steals the show as Janis Sarkisian.

The book, by Tina Fey, is the best part of the production — in a close race with the impressive, high-tech set, which consists of a series of eye-catching (and background-joke delivering) LED screens replacing conventional staging. You would never mistake “Mean Girls” for a truly great musical; the songs are too forgettable and similar, and there are a good number of moments that shouldn’t have made it out of previews. (It’s long.)

But I doubt you’d go to “Mean Girls” expecting “Les Miserables.” You’re there for fun. The show has plenty of that, delivered by a game group of performers.

Just don’t wear pink to any of the weekend performances. That’s for Wednesdays, as you know.

Film Pittsburgh presents the annual Pittsburgh Shorts Film Festival, opening Friday and continuing through Nov. 7 at South Side Works Cinema. The opening-night program includes “The Return,” a documentary about Steelers great and veteran Rocky Bleier returning for the first time to Vietnam; Bleier will attend the event and participate in a Q&A. The daily showings at the theater will feature contemporary short films from around the world, including several with local ties; look for special programs including an all-ages block and a “Thrills, Chills & Giggles” collection.

A typical dance party, with loud music and crowds, is not a comfortable experience for everyone. As an alternative, The Andy Warhol Museum is hosting a Sensory Friendly Silent Disco, planned specifically for individuals with autism spectrum disorders and sensory sensitivities. Each partygoer will have a pair of adjustable wireless headphones that allows them to control the volume of the music the DJ is playing. And there will be an enclosed sensory-friendly area on the first floor that offers a space to decompress. — Jesseca Muslin

For the life of me, I don’t know how the “More Cowbell” sketch came to be. The cowbell isn’t even particularly prominent in the mix on “Don’t Fear the Reaper,” the de facto theme song for classic rock oddballs Blue Öyster Cult. Yet the band is best remembered not even for the tune itself, but for Christopher Walken’s insistence on its peculiar percussion. See how close the cowbell is held to the microphone this Saturday night, when the band — including its original singer and lead guitarist, both on board since the ’60s — plays Jergel’s.

The best of the 10 haunted houses at this year’s Halloween Horror Nights, the excellent autumnal event at Universal Studios, was “Universal Monsters,” a montage of scenes featuring updated, ghoulish takes on the classic beasts of the silver screen. For me, it served as a reminder that the classic creatures still pack a punch. See for yourself when the iconic “Phantom of the Opera” is screened at Trinity Cathedral this Friday night; accomplished organist Michael Britt will provide a live score on the church’s impressive pipe organ.

Categories: After Dark, Things To Do
Tags: things to do