See bands pretend to be other bands, dodge luchadores and encounter ghosts this weekend. 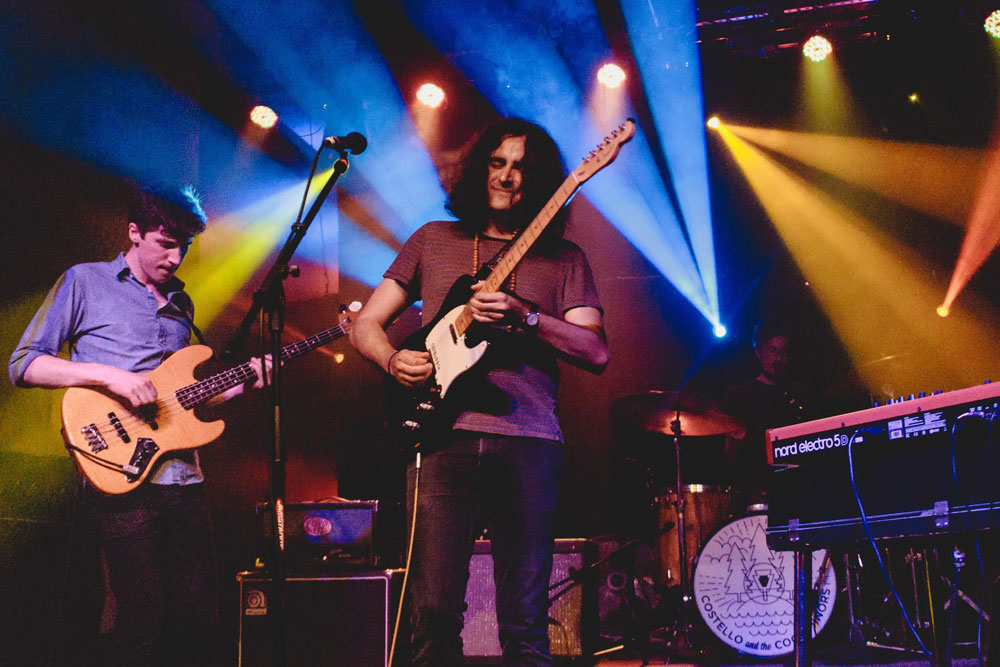 ANDRE COSTELLO AND THE COOL MINORS / PHOTO BY LONG HONG

It is a curious truth, within the world of local music, that tribute sets are inevitably better than tribute bands. Do you know some guys that function as a Foreigner cover band? They might be OK. Is a well-established, seasoned local act going to pretend to be Foreigner for one night only? That’s probably going to be awesome.

Someone at WYEP is aware of this truism and has invented a Halloween party based on it. The Hellbender Ball will feature five area favorites diving into a particular artist’s songbook at the shiny-and-new Thunderbird Cafe. (Why name the fest after our state amphibian? Because, the Facebook event explains, “Like Halloween partygoers, hellbenders become active after dark to seek refreshment and companionship.”)

The lineup: Cisco Kid will become Elton John; Sierra Sellers will embody Beyoncé; Bindley Hardware Co. will play Elvis Presley, hopefully with jumpsuits; André Costello and the Cool Miners will do their best Bruce Springsteen and the E Street Band; and, headlining the affair, veterans Donora will revisit the Madonna catalogue. If you don’t have fun, I’m pretty sure music just isn’t for you.

Noel Coward’s hit comedy “Blithe Spirit” takes the stage this weekend and next at Little Lake. Upper-class novelist Charles is haunted by the ghost of his first wife, Elvira, and subsequently the ghost of his second wife, Ruth. The spirit and human worlds collide — but can Charles escape his haunters?  — Lauren Davidson

The periodic WrestleRex events bring wrestling to the Rex. (Sometimes, going literal is best.) A ring in the middle of the venue’s floor brings fans close to the action — stay alert, competitors will come flying in your direction — for an enjoyable melding of spectacle and nightlife. The Lucha Libre-flavored events endeavor to book Mexican stars who have never appeared in Pittsburgh, this time including 35-year veteran L.A. Park., who — in a seasonally appropriate tie in — is nicknamed “the Skeleton of Death.”

Were you to travel back to the early 1980s and tell the members of Metallica that they’d be playing arenas 40 years hence, they’d probably be too obliterated to think much of it. But the concept of thrash metal growing and expanding into a beloved aspect of the rock landscape was fairly unthinkable early on. Get the full story in “Murder in the Front Row,” a documentary look at the early days of the genre, featuring footage of Metallica, Slayer, Megadeth, Anthrax and others. The film will be screened for one night only, at Downtown’s Harris Theater.

Touted as a family-oriented, historical version of Halloween fun, the Depreciation Lands Museum’s evening lantern tours are a great way to see the grounds of the Colonial living museum in the North Hills. Costumed guides will lead you through buildings full of demonstrators — and hopefully you’ll catch a glimpse of the museum’s resident ghost. — Jesseca Muslin

Categories: After Dark, Things To Do
Tags: things to do, weekend