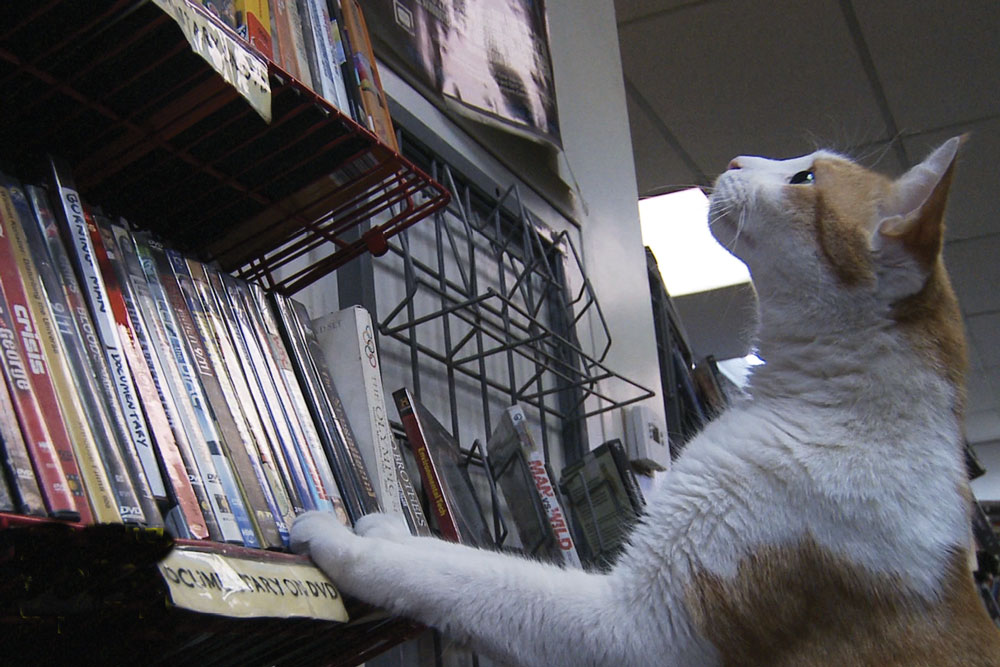 The documentary “At the Video Store,” which will appear at the Harris and Regent Square theaters as part of this year’s Three Rivers Film Festival, invites a cast of creators and clerks to wax nostalgic about the bygone days of “be kind, rewind.” While the film luminaries (John Waters, Nicole Holofcener, Bill Hader) and surviving-store owners have various stories about their personal affection for rental places, there’s a common theme to the praise. Video stores, for those too young to remember, were places where you could discover new films as part of a community.

In its best iterations, the Three Rivers Film Festival — and any film festival, aside from the giant studio soirees — functions the same way. There will be movies you’ve never heard of and plenty you’re unlikely to see elsewhere. You’ll chat with friends and strangers in the lobby, sharing thoughts on the preceding feature and getting recommendations on other offerings. And you’ll assuredly see something that resonates personally and deeply with you.

Speaking of personal and deep resonance, it’s hard not to be swept up in “Mickey and the Bear,” also playing as part of the festival. It’s a remarkable, affecting, troubling story of addiction, family and hope in a struggling small town, written and directed by Annabelle Attanasio in her feature debut. Its lead, Camila Morrone, is excellent. Its script is moving. And I’m pretty sure that the Three Rivers Film Festival will be your only chance to see it on a Pittsburgh screen.

There are more than a dozen films and several special events scheduled for the festival, which lasts through Nov. 23. But what you choose to see is much less important than choosing to go. Support a revived tradition, revitalize your own movie-going and see something excellent. “Mickey and the Bear” and “At the Video Store” are fine choices; now, find your own new favorite.

I fear that the irony will be lost on the crowd. Styx, named for the river that forms the boundary between earth and the underworld in Greek mythology, is playing at a place … called Rivers. Moreover, Rivers is a casino, where the constant chorus of virtual coin-clanking cannot help but remind the mythologically minded of the coin due to the ferryman Charon as he steers fallen souls across the river. The river Styx. Styx, at Rivers. There better be a special section for classicists. For everyone else, they finally started playing “Mr. Roboto” live again!

Cassius Clay, Malcolm X, Sam Cooke and Jim Brown walk into a hotel room in Miami, and a play is born. “One Night in Miami,” opening Saturday at City Theatre, takes us to Feb. 25, 1964, for a fictionalized account of four real-life friends on the night Clay took the heavyweight title. The 2013 play by Kemp Powers won numerous awards; it will be directed by Reginald L. Douglas, City’s artistic producer. — Lauren Davidson

Enjoy wine, sake, food, live music and the Fall Flower Show at Phipps Conservatory and Botanical Gardens’ Perfect Pairings event, spread throughout the rooms of the glasshouse.  The event will pay homage to all things Japan, tying in with the fall show, “Japanese Inspirations,” and will feature performers from Pittsburgh Festival Opera. (Pittsburgh Magazine is a sponsor of this event.) — Jesseca Muslin

This year marks the 50th anniversary of Monty Python, and Row House Cinema is celebrating with an installment of its periodic Coconut Night event. An interactive, “Rocky Horror”-esque show accompanies a screening of “Monty Python & The Holy Grail,” aided by longstanding improv troupe the Harvey Wallbangers and a bunch of coconuts. Devotees will find a raucous celebration of a favorite; new fans couldn’t ask for a better introduction.

Categories: After Dark, Things To Do
Tags: things to do