See playing cards dance, spend the night in an avian paradise and watch cat videos (outside your house for a change) this weekend. 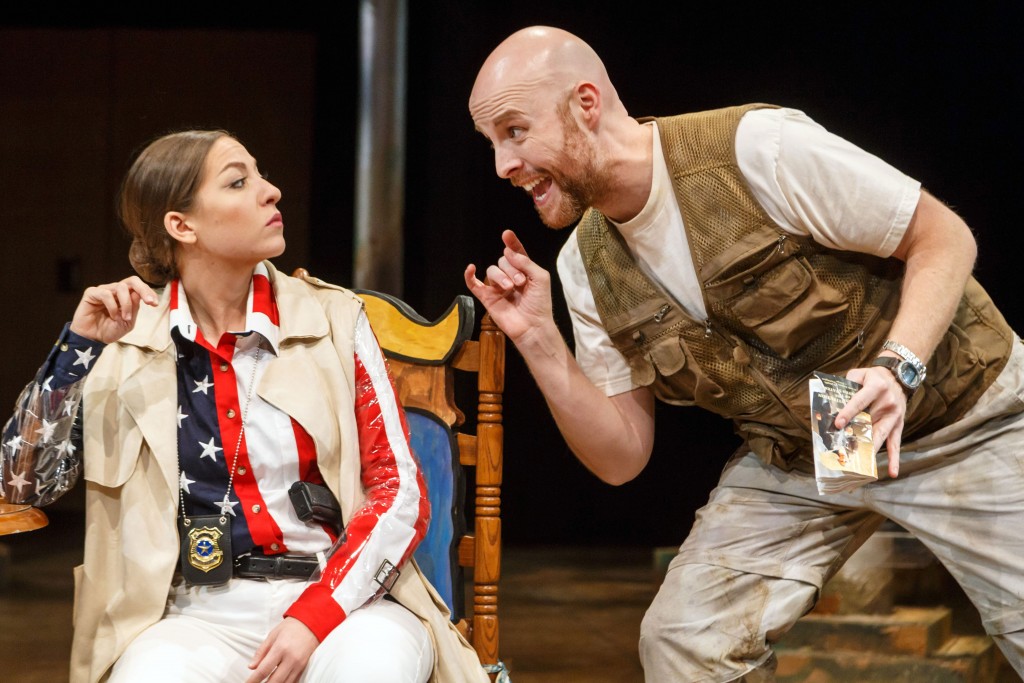 Cardistry — the skillful and dextrous manipulation of playing cards — is impressive, particularly when performed by the supremely skilled Anna DeGuzman. It is not, however, magic; she’ll tell you so herself. She’ll even admit that the way the cards seem to dance in her hands is a distraction from the real trick.

There’s some of that misdirection in the billing of the show, too. Yes, DeGuzman is masterful at cardistry, to a degree not yet seen on the Liberty Magic stage. But audiences who purchase tickets for this show — directed by two-time Liberty Magic performer Eric Jones — thinking they’re getting fancy card shuffling as the main course will be surprised by the breadth of DeGuzman’s skills.

One trick involves mentalism; another, a safety-defying physical stunt that will have you cringing. (In a good way.) There are locked-box mysteries, moments of comedy and even technological trickery. For a relatively new performer — DeGuzman has been practicing cardistry for six years, but magic for only three — it’s a remarkable range of skills, signifying that this is a talent who could well become world-renowned in short order.

I find it intriguing when an opera takes place in a contemporary setting. The form is stereotypically associated with bygone and remote settings. Even beyond that cliché, many newer works are set in the recent past. There are, however, plenty of modern-day operas to be found, says Christopher Hahn, general director of Pittsburgh Opera. “Writers, composers and librettists are fascinated to dive into contemporary issues using this medium that is thought to be older but, in fact, is adaptable to all sorts of different ways of looking at issues,” Hahn says. “The Last American Hammer,” presented this month at Pittsburgh Opera’s Strip District headquarters, is a lively example. The show, which will be staged for just the second time after a 2018 premiere in Washington, D.C., finds a Rust Belt resident occupying a rural museum of Toby Jugs — slightly kitschy 18th-century jugs depicting a seated person — and holding a de facto trial against the United States government.

Early in the first section of the 2020 CatVideoFest presentation — the dramatic category, obviously — a pair of identical felines stare each other down atop a thin doorframe. The cat on the right wants to advance; the cat on the left has no escape route. What will happen? How will it play out? If you’ve ever lost hours scrolling through cat videos on the internet, you know full well that the result will likely be surprising, melodramatic and hilarious. Our more dainty housepets seem to lend themselves to over-the-top behavior when presented with a camera, making this 70-minute reel of cat hijinks much more than a simple YouTube binge. This year’s collection is playing all week at Row House Cinema, which will donate a portion of the proceeds to local cat charities. (Fine, I won’t leave you in suspense: In a shocking development, the cat on the right gracefully passes underneath the cat on the left!)

For obvious reasons, the four seasons don’t have much effect inside the National Aviary. The Tropical Rainforest exhibit is a comfortably warm respite year-round; the Grasslands are always a quiet, peaceful idyll. You can, then, take the title of the Aviary’s Party in Paradise literally; no matter how grey it is outside (and it is plenty grey), this will be a guaranteed bit of summer. Music will be provided by longtime favorite DJ Scottro, island-themed drinks will be available and tropical activities will lure any non-dancers. (You may even get to feed the rainbow lorikeets.)

The music department at the University of Pittsburgh is one of the most consistent sources of quality programming throughout the year. This weekend, Pitt’s Music on the Edge series presents its Beyond: Microtonal Music Festival. The Beyond festival will present a number of concerts featuring microtonal music, which is composed using tuning that is not traditional to the Western canon and altered pitching, from local and visiting acts; there also will be symposiums for those curious about the emerging popularity and diversity of this sound. — Cassidy Gruber

House of the Week: Brick and Stone Provincial in Cranberry

Adoptable and Adorable: Pittsburgh Pet of the Week: Gwendolyn

Adoptable and Adorable: Pittsburgh Pet of the Week: Gwendolyn