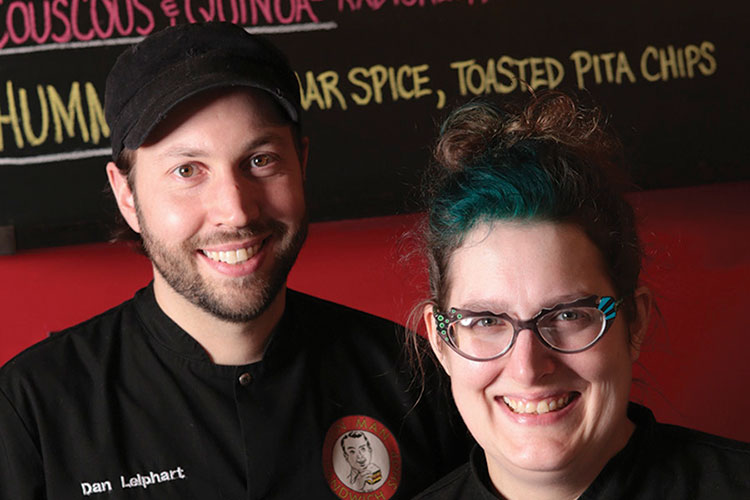 Dan and Sherri Leiphart opened their Strip District sandwich shop in February 2013 with the aim to elevate Pittsburgh's sandwich game. Over the course of nearly five years, they won the loyalty of a cult of fans with sandwiches such as Korean beef brisket, Indian butter chicken, collard green gratin and the eponymous The Thin Man.

"Our lease was up at the end of September so we had to make a decision. We knew we weren't going to last another year," says Dan Leiphart.

"We wanted to be business-smart about this rather than emotion," adds Sheri Leiphart.

The Leipharts say that the changing landscape of the Strip District made it a challenge to keep business strong, and that, unfortunately, crowds, particularly on the weekends, were less receptive to their forward-thinking sandwich builds.

"I appreciate that we were doing something that didn't appeal to everyone," says Dan Leiphart.

For those of us who it did appeal to — I wish that more diners had caught on to what they were doing — Thin Man Sandwich Shop will be dearly missed. The establishment is one of my personal favorites; the Leipharts, who say they're going to look for resturant jobs once the shop closes, were the subject of my first Grow.Cook.Drink. column for Pittsburgh Magazine.

"We made fun sandwiches. I loved it when we did something really weird … but it worked out great as a sandwich," says Sheri Leiphart.