There’s a Star for Every Fan at Steel City Con

Whether you’re into Disney, horror, comics, sitcoms or any of a dozen other fandoms, there’s someone for you to meet at the Monroeville Convention Center. 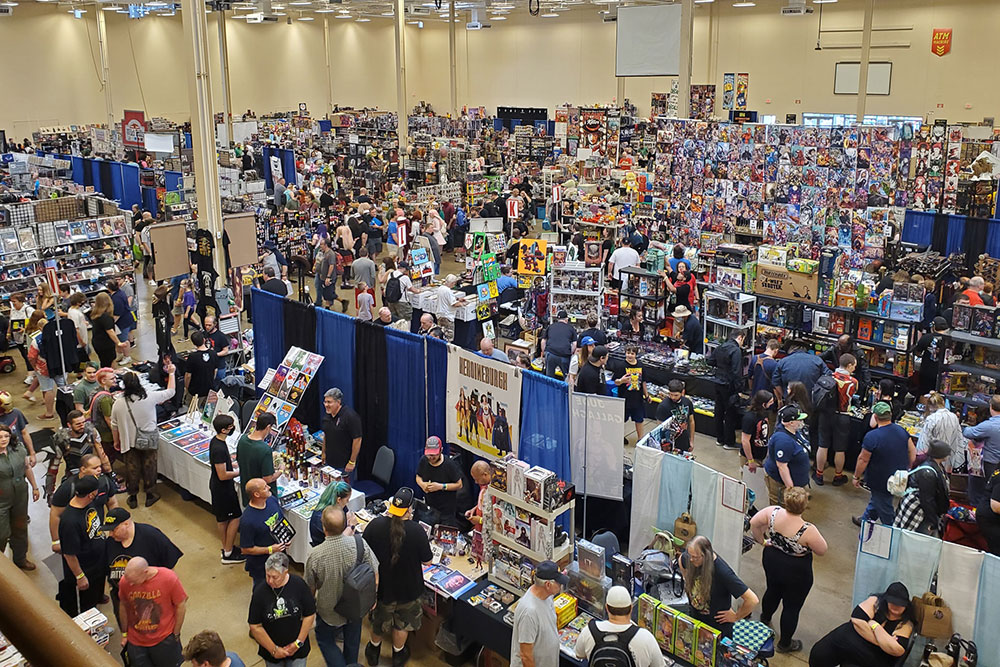 To the uninitiated, an event such as Steel City Con might prompt a question: So who, exactly, is the target audience? Is this a comic-book thing, a superhero thing, a movie thing?

Once you look at the lineup of special guests, though, the answer becomes clear: Steel City Con is for fans of … well, everything.

The top three names on the lineup for the convention, which takes place this Friday-Sunday at the Monroeville Convention Center, starkly illustrate the broad range of guests. First is Robert Englund, the actor best known for nearly two decades as Freddy Krueger in the “Nightmare on Elm Street” series. He’s pictured next to Jim Cummings, a voice actor best known for years speaking for Winnie the Pooh. Next up: Platinum-selling pop star Meat Loaf.

When horror fans, Disney fans and people who rock out to “I Would Do Anything for Love (But I Won’t Do That)” can all score autographs and selfies in the same place, that’s a good convention.

Among all those varied interests, though, the macabre takes a bit of a front seat at this weekend’s Steel City Con. In addition to Englund, actors who have played Jason Voorhees (Tom Morga) and Michael Myers (James Jude Courtney) will be in attendance; you can even schedule a photo opportunity with all three of those slashers, if you’d like. “The Walking Dead” and “Night of the Living Dead” will be represented, as will the “Hellraiser” series, as series star Doug Bradley — who played the demonic Pinhead — will appear throughout the weekend.

Bradley won’t have to travel far; he moved to Pittsburgh in 2013, after meeting artist Steph Sciullo, now his wife, at a nearby horror convention. He says that Steel City Con has in recent years emerged as a massive draw for horror fans.

In addition to acting and offering a variety of creations, from signed photos to horror audiobooks, on his website, Bradley visits conventions such as Steel City Con regularly. The events offer an opportunity for him to thank fans for supporting the series that made him famous.

“You get to hear from and interact with the people who pay your wages — the people who go to the theater and buy the tickets,” he says. “Without their support, we don’t have an industry. Their voices matter.”

As to who those fans are: It’s as wide a range of personalities on their side of the table as it is on the guests’ end.

“They are hugely diverse,” Bradley says. “The one mistake I can ever make is to assume in any way that I know who or what is coming next. Fans come in all shapes and forms; yes, they mostly wear black cotton, and most of them are in their 20s. But I have visits from teachers and nurses and doctors and attorneys.

“And morticians — not unsurprising, that.”

Other featured guests at the convention include “Rocky” and “The Mandalorian” star Carl Weathers, comedian and actor Tom Arnold, wrestling legends Mick Foley and Kurt Angle, and “Xanadu” and “The Warriors” leading man Micheal Beck. Aside from autographs and photo opportunities (prices for which vary among the guests), visitors can take in celebrity Q&A sessions, visit with artists and vendors throughout the convention floor and suit up for a costume contest.

The main attraction, though, is a moment of time with a favorite star. Bradley says he can relate to fans’ desire for an encounter with their heroes.

“I was a fan of horror movies as a teenager. If I had gotten to stand in line to meet any of my heroes in the horror genre at the time — if I had the chance to meet Peter Cushing and shake him by the hand, and maybe to ask him a question … and walk away with a signed picture dedicated to me, my world would have changed. I know where the fans are coming from.”