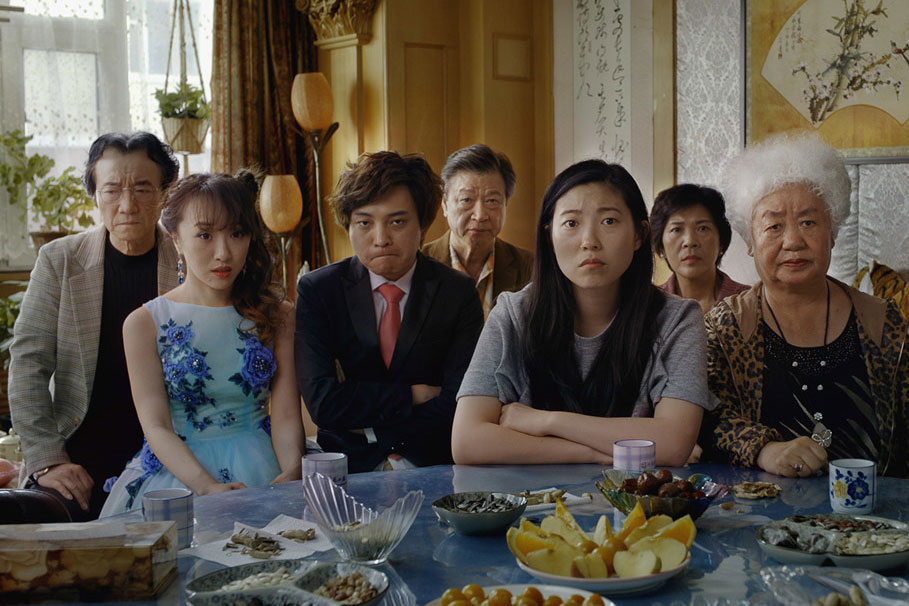 As the decade turns, we find ourselves surveying a remarkable and vibrant cinema landscape.

The quality of mainstream entertainment is robust; for the first time in decades, the most successful pictures are also usually pretty good. The cinema’s rising auteurs are turning in thought-provoking, boundary-pushing films on an annual basis. Some of the most seasoned filmmakers have continued to innovate.

The streaming boom, while something of an existential threat to aspects of the moviegoing experience, has put more films in front of more faces than at any point in history — and provided a home for artists to take creative risks. We are not without reason for concern; one studio threatens to monopolize the industry, and there are some serious threats coming for repertory and neighborhood movie theaters.

If you’re a movie lover, though, there is an awful lot to love.

10 — Parasite
Bong Joon Ho’s gripping work of genre defiance is as powerful as it is wry. By turns a dark comedy, a nail-biting mystery and an incisive class study, “Parasite” offers multitudes for the analytic viewer. For anyone, though, it’s a hell of a story: A penniless family cons its way into gigs in the opulent house of some one-percenters, living adjacent to the lap of luxury — at least until they forget whose house it really is. That’s when the discoveries, suspense and chaos kicks in.
How to See It: “Parasite” is now playing in select theaters.

9 — The Irishman
If Martin Scorsese’s elegy to mob movies weren’t almost absurdly over-indulgent, it would probably rank higher on this list. Even with its flaws, though, it’s still an entertaining, then somber, tale of crime and punishment. Robert De Niro is as good as he’s ever been, the sprawling cast is lovely and the legendary director still knows how to compose an epic. That last hour is a perfect piece of art.
How to See It: “The Irishman” is now streaming on Netflix.

8 — Little Women
Greta Gerwig’s masterful adaptation of the classic novel is a warm and comforting embrace. The expert filmmaker exhibits love for the material and the audience in equal measure, deftly weaving a new arc out of the familiar tale while also serving a sumptuous experience to the viewer. Meanwhile, the year’s most loaded cast — Saoirse Ronan, Emma Watson, Florence Pugh, Laura Dern, Meryl Streep, Timothee Chalamet and more — all are having a delicious time.
How to See It: “Little Women” opens in wide release on Wednesday, Dec. 25.

7 — Ad Astra
James Gray’s somber, atmospheric sci-fi marvel easily topped my rankings when I saw the film back in September. It has slipped a bit in the intervening months; I have to acknowledge that, given my longstanding love of serious-minded space flicks (more on that in next year’s ranking of the decade’s best), I probably overrated it a bit at the time. All that aside, though, “Ad Astra” features a perfect performance by Brad Pitt, a number of unforgettable scenes and brilliant design.
How to See It: “Ad Astra” is available on Blu-Ray and digital services.

6 — The Farewell
Ingrained cultural differences are difficult to dramatize, which makes Lulu Wang’s semi-autobiographical narrative all the more impressive. In an award-worthy performance, Awkwafina stands in for the writer/director as she learns her grandmother is ailing; the touching and surprisingly funny return that ensues highlights both the void between western and eastern thought and the beauty in a chance encounter with another way of thinking.
How to See It: “The Farewell” is available on Blu-Ray and digital services. 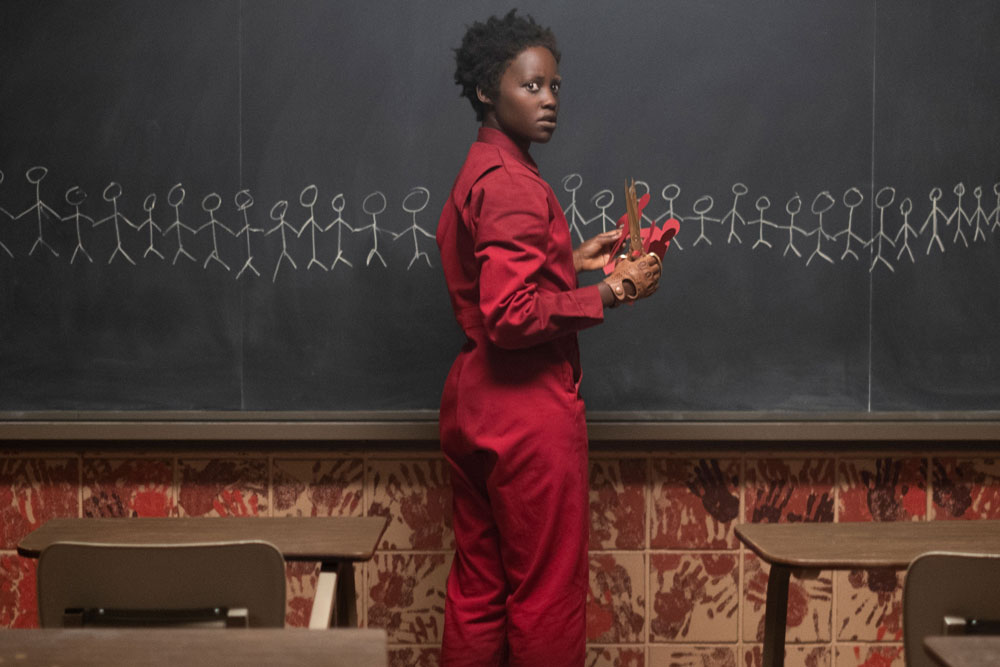 5 — Us
Jordan Peele followed “Get Out,” his earthquaking debut, with a sophomore effort heavier on the horror and rife with evocative symbolism. “Us,” a parable of class warfare wrapped in one of the tightest thrillers in recent memory, is worth watching and re-watching as illuminating details tease themselves out. Lupita Nyong’o’s striking, virtuosic performance leads a game cast. This is a film that should remain part of the cultural canon for quite some time.
How to See It: “Us” is available on Blu-Ray and digital services.

4 — 1917
“American Beauty” director Sam Mendes takes one of the showiest concepts in filmmaking — the (apparently) one-shot feature — and uses it to make a thrilling and bold war epic. Two soldiers (George MacKay and Dean-Charles Chapman, both excellent) are given an impossible task and nearly no time to complete it; we get to see if they can pull it off, in (more or less) real time. The effects and action are unrivaled, but it’s the harrowing ordeal these soldiers endure that makes “1917” a knockout.
How to See It: “1917” enters limited release on Dec. 25 and is scheduled to expand to Pittsburgh on Jan. 10, 2020. 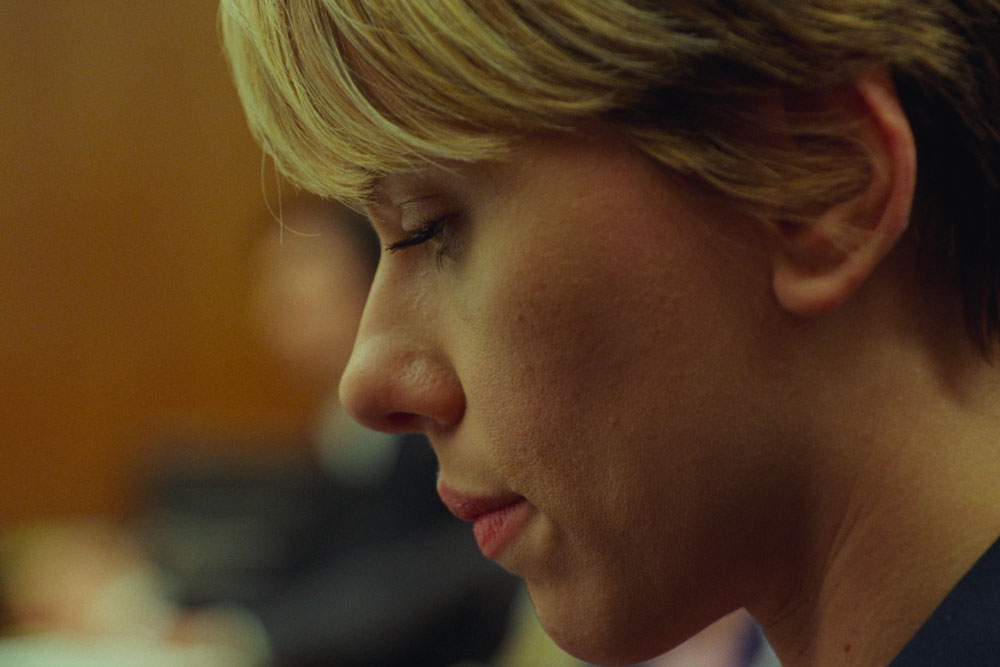 1 — Marriage Story
On its surface, “Marriage Story” is a somewhat simple film; it’s the story of two people going through a divorce and custody battle. That summary belies its emotional depths, however; rarely is a more thorough excavation of feeling seen in art. “Marriage Story” is an illumination of emotions that cannot be named or defined, delivered in a holy union between a perfect cast — Adam Driver deserves the Oscar — and a filmmaker, Noah Baumbach, who has honed his craft over years of experimentation. I knew “Marriage Story” would top my list the moments the credits rolled; I’ve seen many good films since then (including several which appear on this list), but none have come close to supplanting Baumbach’s beautiful, heartbreaking film.
How to See It: “Marriage Story” is now streaming on Netflix.