The Pandemic Speeds Up the Winding Down of Jamison Farm

With operations on the Pleasant Unity farm coming to a halt, what’s next for legendary lamb ranchers John and Sukey Jamison. 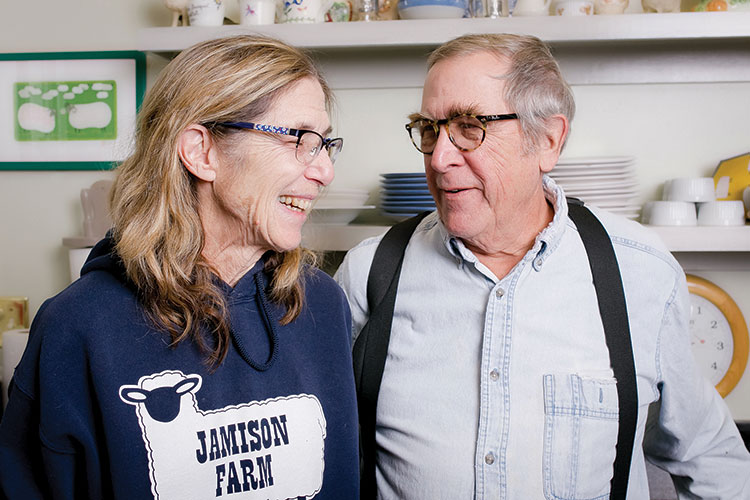 “The response we’ve gotten from everybody since we announced the news has been amazing. It’s been really humbling to know that our brand is still important to people,” John Jamison says.

The Jamisons sent a newsletter announcing the end of operations of their 35-year-old lamb business. “It’s been a great run, but now it’s time,” the letter opens. A few paragraphs down, the Jamisons write, “We will not be producing, processing and shipping lamb on a weekly basis as we have for over thirty five years.”

The Jamisons, both in their early 70s, started thinking about retirement a few years ago, and they were likely going to begin to wind down full-scale operations in the not-too-distant-future. However, the restaurant industry’s devastation in the wake of the COVID-19 pandemic dramatically sped up that timeline. A significant portion of Jamison Farm’s business model centered on shipping its lamb to high-end restaurants across the country; Jamison says this revenue stream is down by about 80 percent since March. Although their retail trade remained constant, even seeing a slight uptick during Easter, it’s a decidedly seasonal business; across the board, Americans typically eat less than a pound of lamb a year.

“It’s all numbers. The business doesn’t justify itself without the restaurants,” says Jamison. 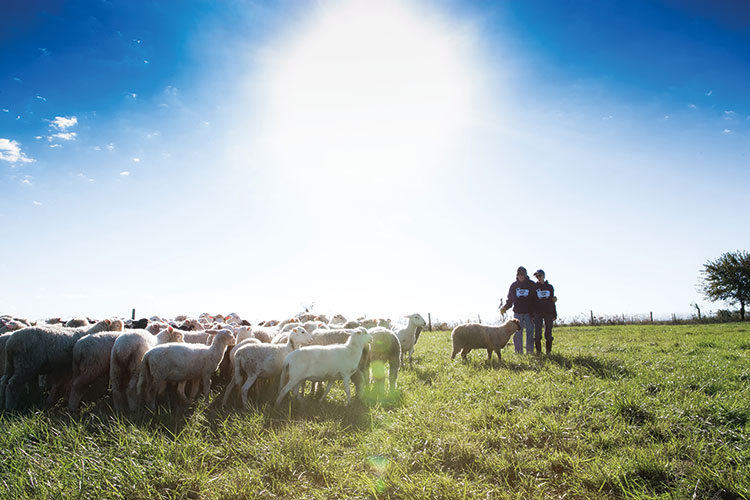 The Jamisons purchased a USDA certified meat processing plant in 1994. It’s been an integral part of their business ever since; the precision, fluidity and customization they now had for their butchering gave them a leg-up over their competition. It’s also what allowed them to implement the advice of culinary icon Julia Child. Child, a friend of the Jamisons, suggested that if they cool lamb slowly after slaughter, it will make for more tender and delicious meat. In 2005, the plant was the first slaughterhouse and farm in the United States to be recognized as Certified Humane, meaning they adhere to a rigorous set of guidelines for how their lambs are treated.

“The problem is, the infrastructure costs of the plant is a significant piece of overhead. And if you don’t have the thorough-put, it doesn’t work. It’s just that simple,” Jamison says.

They sold a lamb to the Washington, D.C., restaurant Zaytinya on March 14 and then shut down operations entirely through May, doing maintenance on the plant. And, while they have been able to ship in dribs and drabs to restaurants since then, Jamison says the business has lost somewhere between $5,000 to $10,000 each week.

“We weren’t set up for anything else but lamb,” Jamison says.

In the end, the diminishment of the restaurant trade for the foreseeable future, coupled with the plant’s cost, prompted the decision to shut down the farm. The Jamisons decided the time was right to pivot to opening the processing plant to farmers raising other animals; they even purchased a locally-raised cow to brush up on their butchery technique. “We’re starting slowly so we can be sure we’re doing it right. We’ve done it before, but it’s been a while,” Jamison says.

This should be a boon to regional animal ranchers, as quality processing, particularly with the skill set of Sukey Jamison and the staff that work at the plant, is hard to find in this region. “We’re USDA, and we’ve been doing it for 26 years. We know how to run a processing plant,” Jamison says, noting that for a limited time in the aftermath of the terrorist attack of Sept. 11, 2001, and during the Great Recession of 2008 and 2009, the Jamisons processed meat other than their lamb. 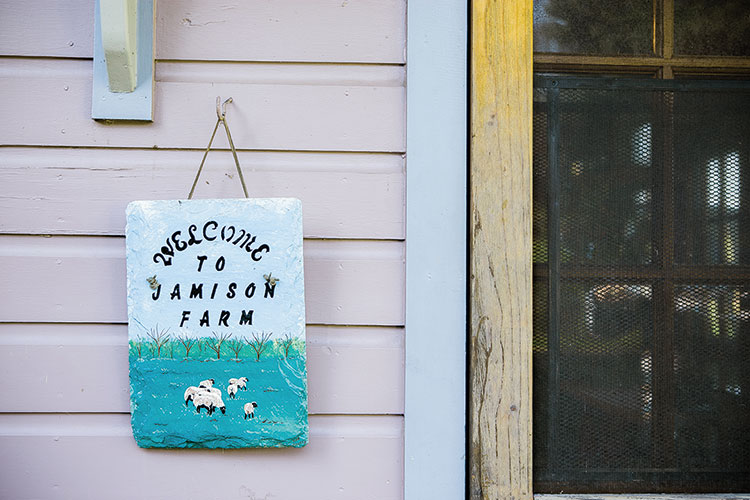 As for the farm, Jamison says he’s not sure what the next steps are. They’ll have ewes ready for processing in May. After that, “It’s too early for me to really say.”

Jamison says that he’ll likely write more — he and Sukey’s published their first book, “Coyotes in the Pasture and Wolves at the Door,” last year — he has a lot to say, for example, about regenerative agriculture. He says, unlike the previous times they opened the processing plant’s door to other farmers, there isn’t a plan to go back to 100 percent lamb, nor are they (right now, at least) thinking about returning to large-scale restaurant trade. However, Jamison says they are leaving the door open to raising lamb on a smaller scale if there is a demand for it.

“When you’re on a farm, you’re never really retired,” he says.