Horror movie fans will recognize it right away. 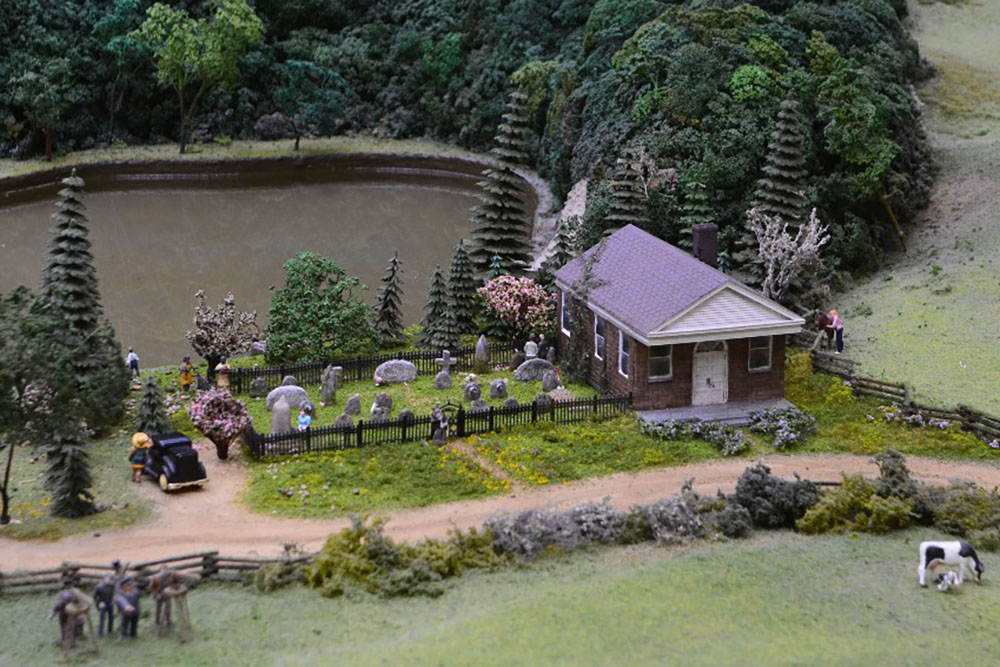 The Evans City Cemetery chapel, made famous for its appearance in the 1968 zombie film “Night of the Living Dead,” now has a permanent home amid other classic Pittsburgh-area icons including Gus and Yiayia’s ice ball cart, Kaufmann’s department store and the Hill District home of suffragist Daisy Lampkin.

The film’s director, George Romero, attended Carnegie Mellon University and shot most of the iconic film around Evans City, just about 30 miles north of Pittsburgh in rural Butler County.

The chapel, built in 1923, almost didn’t last long enough to see itself memorialized in miniature.

A post on the Carnegie Science Center’s website explains that, in 2011, the chapel was in such poor condition that it had been slated for demolition. But a grassroots group of fans, headed by its sound engineer Gary Streiner, helped to raise $47,000 to save the structure from certain death.

“Just like the zombies in the cult classic, the chapel was brought back to life,” the post reads.

The model is nestled in the farmlands section of the Miniature Railroad & Village, surrounded by tombstones and Western Pennsylvania greenery.

The Miniature Railroad & Village display has called the Science Center home since 1992. It is included as part of the regular North Shore museum’s admission price.