The North Side tradition is represented in miniature form as part of the Miniature Railroad & Village exhibit. 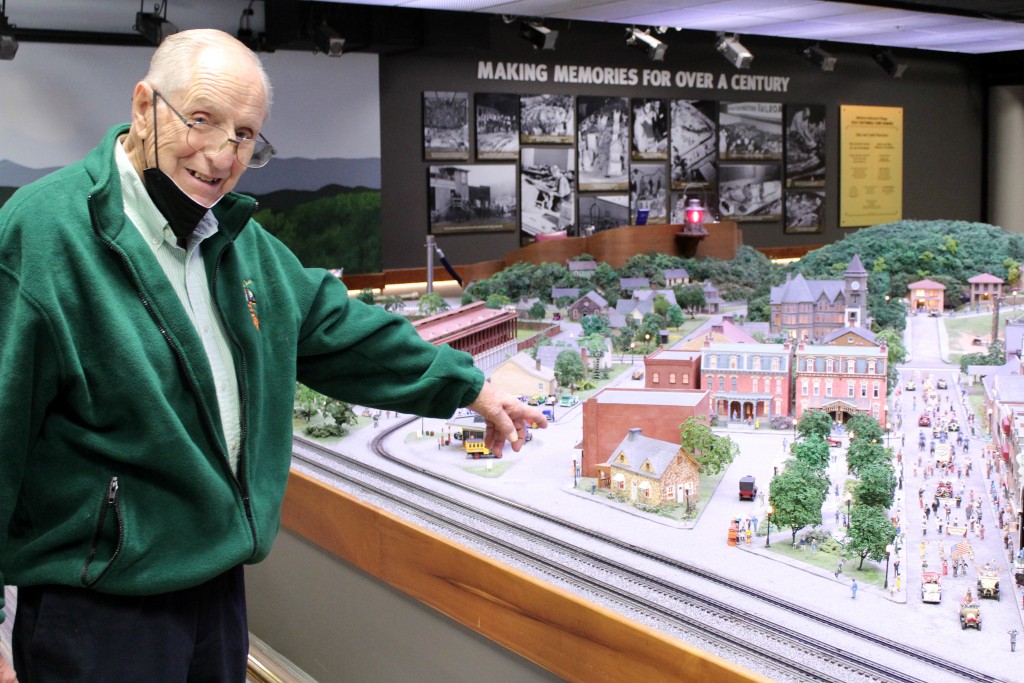 It isn’t summer on the North Side until you take a trip to Gus & YiaYia’s ice ball cart.

The age-old tradition dates back to “since your dad was a lad,” according to its slogan, and it’s now being honored at the Carnegie Science Center.

The exhibit is already chock-full of regional landmarks, including Primanti’s, Kaufmann’s department store and Fallingwater. Gus & YiaYia’s joins a line-up of local legends on display; the exhibit opened today after being closed for 10 weeks for refurbishment and maintenance. 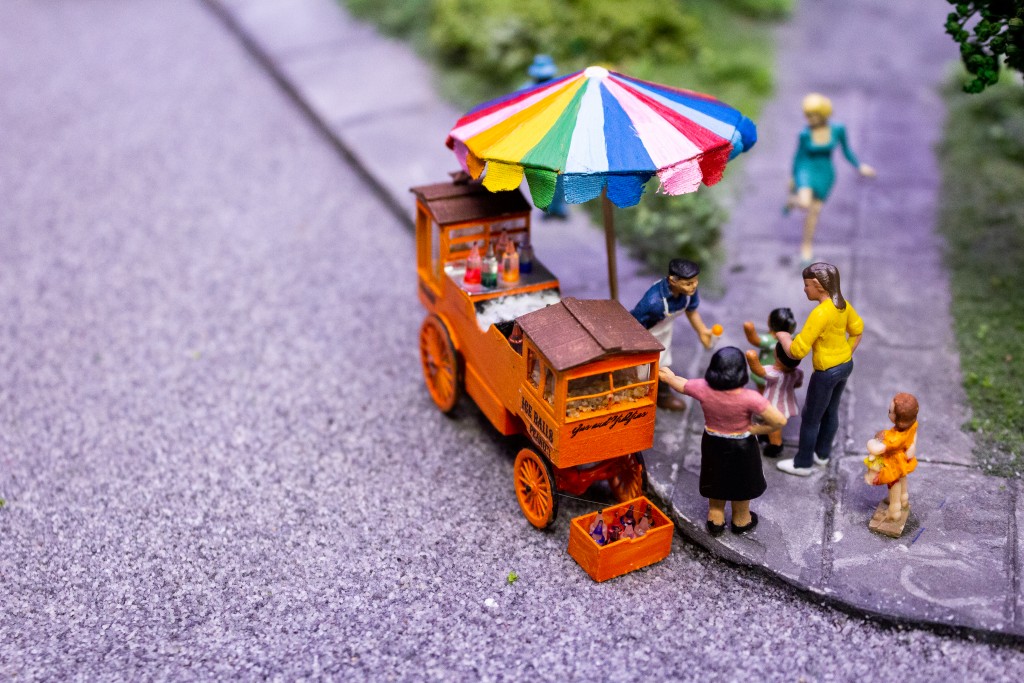 Gus & YiaYia’s got started in 1934, with current owner Gus Kalaris’ father and mother. They sold popcorn, peanuts and the flavored shaved ice it’s known for today. Gus took over the cart in 1951, and has since charmed generations of Steel City residents with tasty treats and kind conversation.

The original YiaYia — an affectionate term for “grandmother” in Greek — was Gus’ mother Pauline, though the honorific would later be given to Gus’ wife, Stella. Stella died in 2016, and the annual Stella Kalaris scholarship was established by her family after her passing.

Kalaris actually built two of the vendor carts by himself; cart No. 3 was a high school woodshop project, and the current cart — No. 6 — was constructed in 1983 with the help of an Amish woodworker. He said he’s excited to see the cart and his family’s legacy represented in the exhibit, and called it an opportunity similar to “the Academy Awards for vendors,” according to a press release.

The Science Center’s exhibit also features updated models of the amusement park area, including a dance hall and the addition of a two-headed cow to The Show of Living Wonders.

More updates to the exhibit include a circus parade through town, complete with elephants, giraffes, zebras, a camel and more; an ice skating rink; the Pennsylvania Railroad bell; and a video display that broadcasts a feed from a camera mounted on one of the trains.