The Latest Restaurant Openings In Pittsburgh 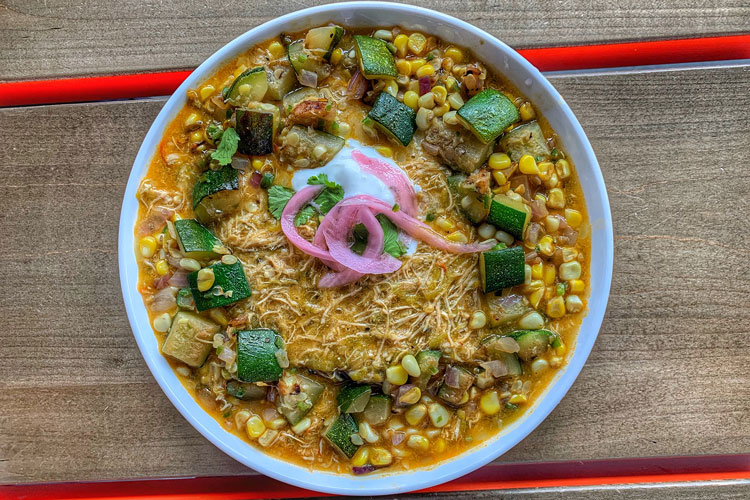 Guapo, Federal Galley / Mangiamo and Sultry F & B, Smallman Galley
June brings more changes to the restaurant lineups at Federal Galley and Smallman Galley. George Adelo opened Guapo, where he’s focusing on New Mexican cuisine. Adelo grew up there, working at his family’s general store, where they served dishes such as enchiladas and tamales to its lunch crowd. Galley Group owners Tyler Benson and Ben Mantica have opened Mangiamo in Smallman Galley; it’s the first restaurant operated by the ownership group. The menu, overseen by Phil Milton (Home and Which Came First) features Italian American-inspired dishes such as chicken parmesan paninis and Italian chopped salad. Smallman Galley also welcomes Sultry F&B, from husband-and-wife team Brian Forrester and Melissa Barth. Both chefs bring their culinary and pastry chops to their first concept; prior to Sultry they worked in Federal Galley at Provision PGH and El Lugar. Their bistro focuses on savory Eastern European dishes such as potato dumplings and chicken schnitzel.
200 Children's Way, North Side; 412/517-6400, federalgalley.org
54 21st St., Strip District; 412/517-6100, smallmangalley.org

Con Alma
Pittsburgh’s newest spot for live jazz is open in Shadyside. The name, Con Alma, is a tribute to Dizzy Gillespie’s song with the same name. The kitchen is helmed by Josh Ross, formerly executive chef of Pirata. His menu features Latin-inspired fare with focuses on tacos, ceviche and small plates such as esquite and empanadas. John Shannon, a Pittsburgh guitarist and partner in the business, is curating the musical lineup; guests can expect live music six nights a week. The intimate space has a small bar, as well as tables and booths that put diners close to the music in the style of a traditional jazz club.
5884 Ellsworth Ave., Shadyside; 412/363-5316, conalmapgh.com 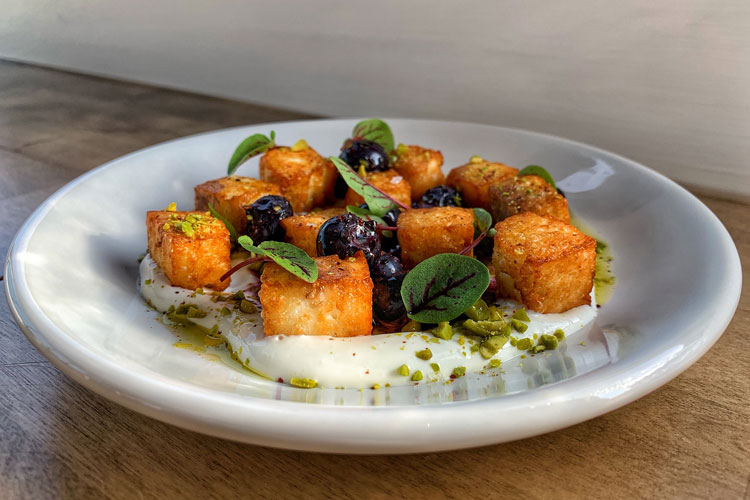 Over Eden
The bar and restaurant on top of the TRYP Hotel offers beautiful views of downtown Pittsburgh from just about any seat in the dining room or open patio. Chef Brandon Blumenfeld, formerly of Scratch Food & Beverage, puts forth a menu that leans heavily Mediteranean with a large number of vegetarian dishes that are designed for sharing and grazing. The cocktail menu offers riffs on daiquiris with pineapple and other light, refreshing summer drinks. As of press time, the establishment was still working out some kinks in service, most notably in its point-of-sale system.
177 40th St., Lawrenceville; 412/785-7825, tryppittsburgh.com

Inner Groove Brewing
Inner Groove, one of the several breweries recently opened in Verona, is the dream of two couples who love beer and vinyl records. Tim and Kelly Melle and Kevin and Jennifer Walzer are all involved in brewing a variety of styles of beer— from browns, porters and sours to IPAs. The space is BYOF and offers a schedule of food trucks.
751 E Railroad Ave., Verona; innergroovebrewing.com