The Fireworks May Be Over, But the Real Show is Wednesday Night

There’s a supermoon Wednesday, and the Carnegie Science Center’s Daniel Horenstein says it’s only part of a remarkable cosmic display. 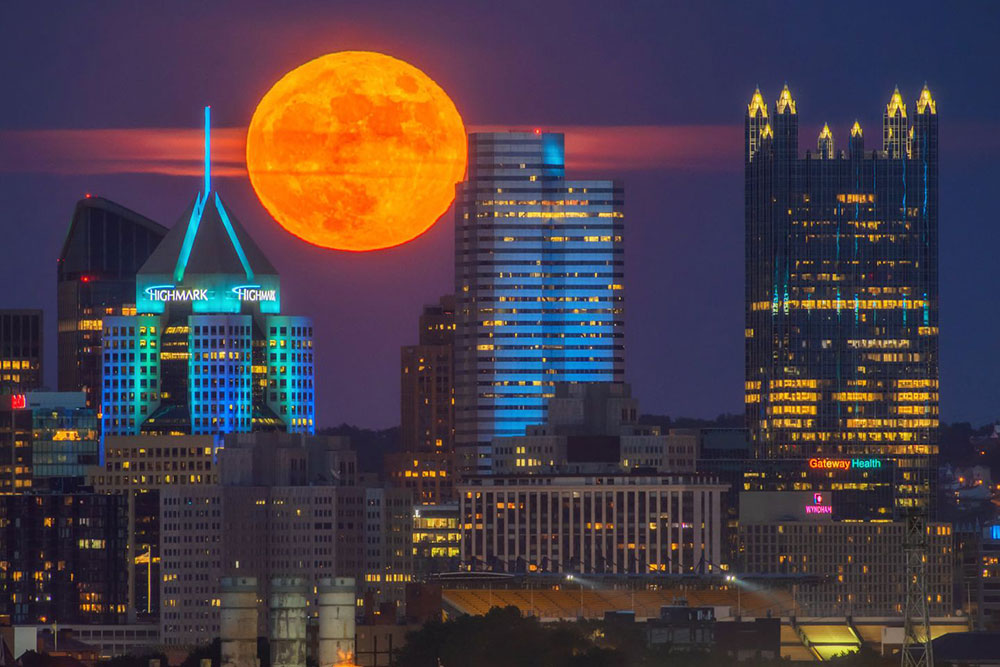 At 9:30 p.m. on July 13, the moon will appear bigger and brighter than usual above the city. This is an astronomical event called a supermoon; the additional brightness comes from the moon being at its closest point to Earth.

The moon will rise at 9:30 p.m. Wednesday in the southeast, pass slightly more to the south around 2 a.m. and set in the southwest at 6:30 a.m. The moon will continue to be slightly larger than usual on Thursday night, Horenstein notes, but it will be at its brightest and biggest on Wednesday night.

There are even more stargazing opportunities on tap this week, Horenstein says, as some nearby planets have been lining up as of late. “If you’re looking towards the moon, if you look a little bit towards the east, you’ll also see Saturn will be visible in the sky as well. Saturn is going to be pretty bright. It’s nearing the point in its orbit when we’re seeing Saturn at its brightest.”

Other notable celestial sights include Jupiter, to the east of Saturn and the moon, and the constellation known as the Summer Triangle — three bright stars, Deneb, Altair and Vega. Horenstein remarked that these stars should be visible in Pittsburgh even with the city’s light pollution, which can drown out some stars near populated areas. As cities produce a considerable amount of light during the night, the dim lights from some stars are blocked out or overwhelmed, making them invisible to the naked eye.

According to NASA, supermoons only happen three to four times a year, making it a special event for stargazers. If you want to see the supermoon, plan accordingly; the best view will come from a location high up, with a clear view of the horizon.

To make the most of the supermoon, stargazers and casual night sky enjoyers should arm themselves with a camera, binoculars or a telescope — and a cup of coffee, if they want to watch the moon late into the night.