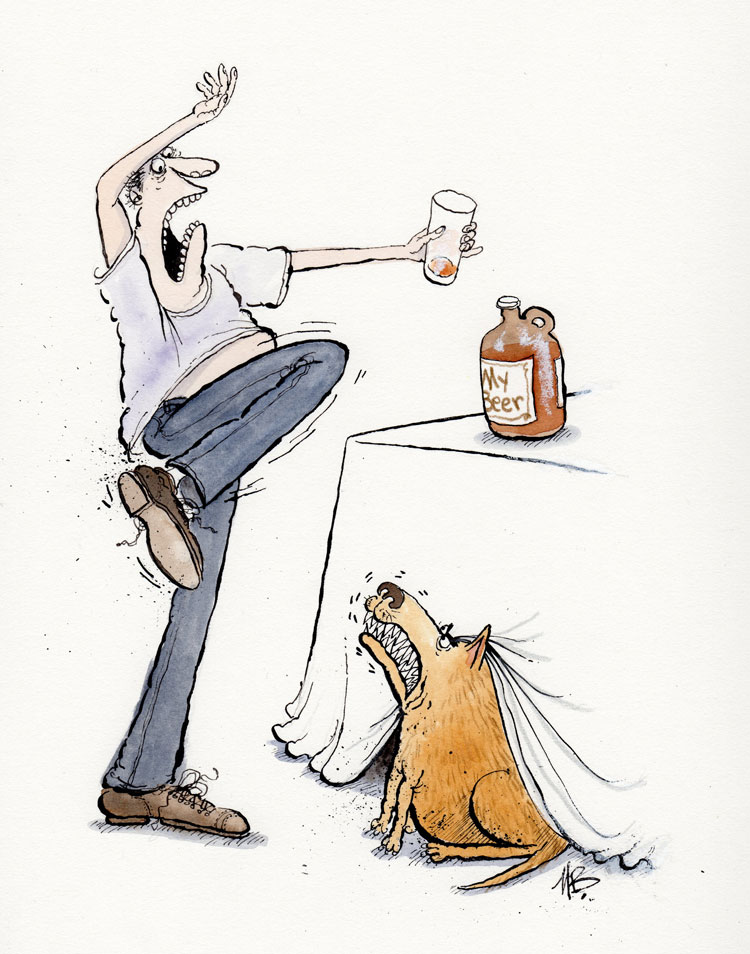 Craft-beer culture, like the brewpubs and taprooms I wrote about in our July issue, is booming in Pittsburgh. This increased demand for better beer means that most consumers now are familiar enough with beer styles to be able to comfortably order a bock or a porter. However, there still are a lot of terms floating around that could be tough for the average and even expert drinker to understand. What is a bright beer? Why do brewers use something called a hopback?

Local artist Mark Brewer aims to make these concepts easy to understand in his whimsical new book “Brewology.” His hopes that his illustrated approach to representing the beer world will resonate with both casual and nerdy beer fans.

“When people hear the word ‘bomber,’ if you ask 10 people, most of them aren’t thinking of a 22-ounce beer bottle,” he says.

In “Brewology,” bomber is represented by a trio of WWII-era airplanes with brown-and-yellow beer bottles as their body, dropping 22-ounce bottles over a city. He draws “Conditioning” as an out-of-shape boxer sweating profusely and falling into a heavy punching bag that’s actually a huge double-IPA. 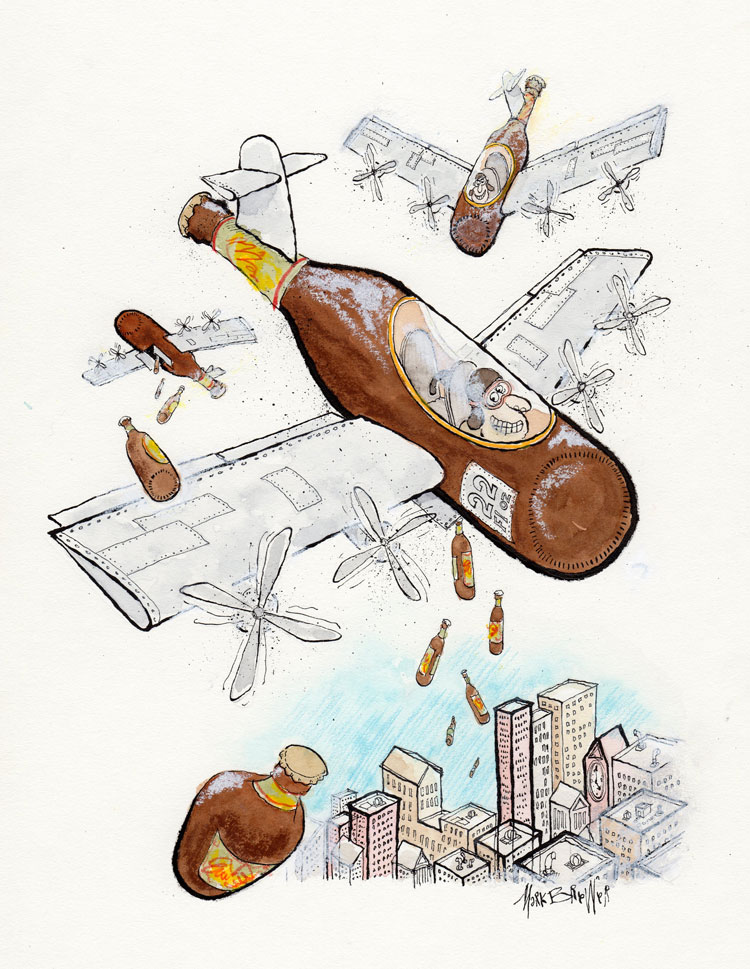 “When a creative person or an artist looks at words they have a thought process that’s beyond the literal. Clarifying Agents, to me, I hear ‘agents;’ I’m thinking 007,” he says.

In that one, two scary security guards are pulling a drunken fellow holding a nearly empty beer glass across a grass field. It’s a less-than-literal interpretation of a more dictionary-like definition that Brewer includes in tandem with the drawings. The combination of playful illustrations and textbook definitions will allow just about anyone to become a budding beer conversationalist.

“It’s all there. All the terminology is double checked, but this helps bring it together beyond the page,” he says.

Brewer says that he first had the spark to write this book 17 years ago when he was starting out as a home brewer. 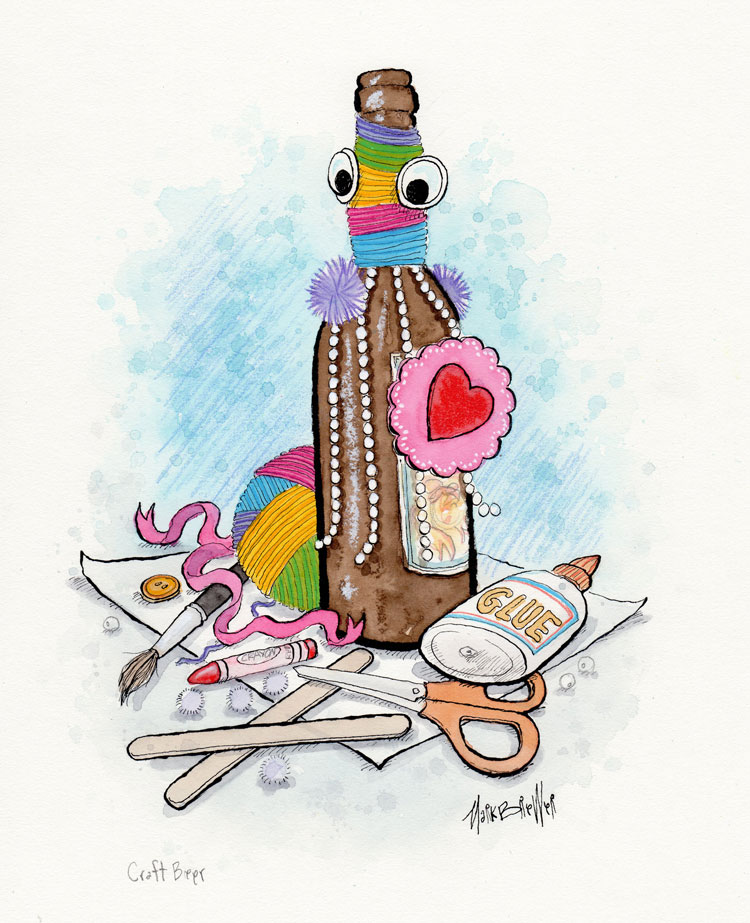 “All [of] these words came up when I was brewing. And the way my brain works, I thought, ‘cereal grain’ and then Fruit Loops,” he says. It’s a good thing he waited because over the years he’s developed some serious pedigree as an illustrator. Brewer worked on numerous comic books including the Archie series Jughead and Betty & Veronica comics, Teenage Mutant Ninja Turtles and the Animaniacs before turning his eye toward editorial illustrations. That work has appeared in The Wall Street Journal, New York Times, Pittsburgh Tribune-Review and other publications.

Brewer, who says he prefers sour beers and IPAs to malt-forward beers such as brown ale, currently is on a book launch tour that’ll take him to breweries in Pittsburgh and beyond. The official book launch party is July 29 at Penn Brewery in Troy Hill.

“The best compliments are when the people who are brewing the beer say that it’s educating people in a straightforward way about what they’re serving,” he says.