The foundation raises funds to help Vitalant Pittsburgh provide a safe and ample blood supply to the region’s hospitals, increase public awareness about the ongoing need for blood, establish a loyal population of blood donors and fund research for blood-related diseases and transfusion practices. 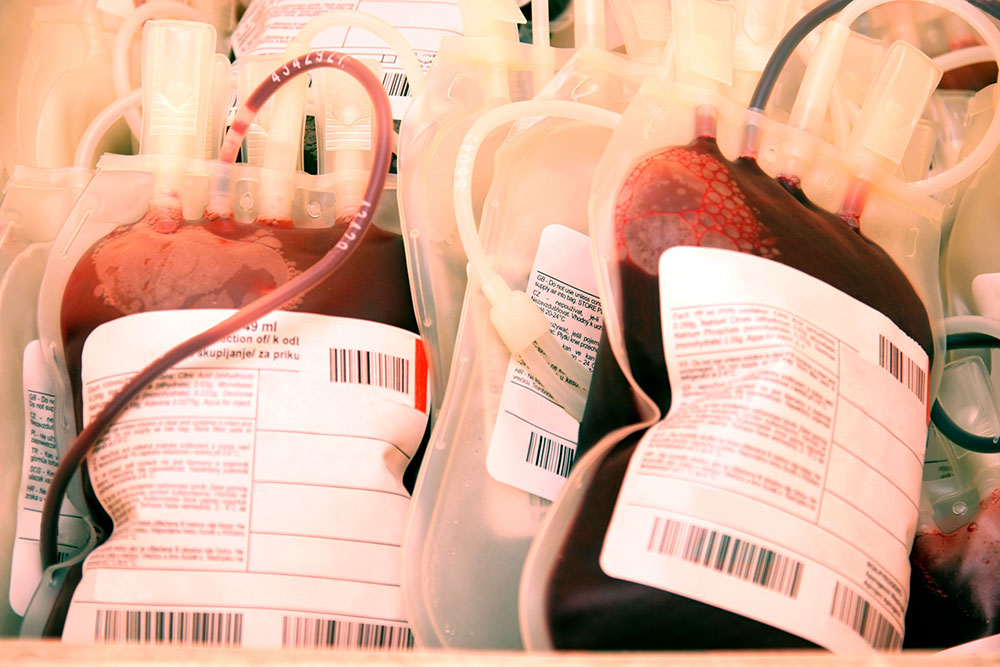 Every two seconds, someone in the United States needs a blood transfusion, but Vitalant Pittsburgh — formerly known as Central Blood Bank — collects only 50% of the blood needed by local health care facilities. The remaining half is imported from blood centers across the country, costing more than $10 million per year.

The Blood Science Foundation hopes to change that.

As the fundraising and philanthropic arm of Vitalant, the foundation has been hosting a Blood Summit series aimed at increasing awareness of blood shortages and addressing the question of sourcing new local donors.

The greater Pittsburgh region has seen a steep decline in regular local blood donors, with collections dropping by 50% in the last 10 years and by 30% within the last five years, according to Blood Science Foundation President and Chief Financial Officer Mark Giaquinto. The pandemic has worsened this situation.

Meeting facilitation is being provided by The Forbes Funds, which works with community-based nonprofits to increase the impact of their mission work. Other partner organizations include 100 Black Men of Western Pennsylvania, Highmark, iHeartMedia, Dollar Bank, UPMC, local colleges and universities and more.

Participants will meet in person or over phone or video for a conference three times over several months.

The focus of the first meeting on Aug. 25, according to Giaquinto, was to “educate participants about the challenges of collecting enough blood throughout the region to sufficiently meet the demand for blood by regional hospitals and healthcare systems.”

The second meeting on Oct. 12 featured a brainstorming workshop session facilitated by the Forbes Funds. The third meeting will be held in either December or early next year and will include a presentation of Vitalant’s proposed action plan.

Giaquinto explained that Pittsburgh uses more blood when compared to other similarly sized cities because of its renowned health care system, which attracts and treats patients from all around the world, especially for organ transplants.

“Vitalant is the predominant blood supplier to 50 hospitals within the Pittsburgh area including north to Meadville, west into Ohio, east into Westmoreland County and south into West Virginia, including all of Allegheny Health Network and UPMC facilities,” he said. “The blood collected, tested and distributed by Vitalant is used every day throughout our health care systems to save countless lives, to perform emergency procedures, make organ transplants possible and treat patients with rare blood disorders and cancer.”

Part of the drop in blood donations can be attributed to the Steel City’s aging population, one of the largest in the nation.

Younger folks have been heavily impacted by increasing FDA regulations on who can donate blood, too. Anyone who has recently received a tattoo, for instance, cannot donate within three months of getting inked if they received their tattoo in D.C., Georgia, Idaho, Maryland, Massachusetts, New Hampshire, New York, Pennsylvania, Utah or Wyoming — the states that don’t regulate tattoo facilities. The FDA also prohibits gay and bisexual men from donating blood within three months of sexual contact with another man, even if the relationship is monogamous.

Only about 40% of the U.S. population is eligible to donate blood, and less than 10% actually do. The pandemic had a lasting impact on blood donations, as well.

Because of these factors, total blood donations fell 9% in 2020 when compared to the 2019.

“There are many reasons why a person cannot or will not donate blood,” Giaquinto said. “Blood Science Foundation offers these individuals an alternative way of giving back by accepting monetary donations.”

The Blood Science Foundation has also funded several initiatives throughout the pandemic, including the free antibody testing that Vitalant offered to all blood donors between June and December 2020. It also funded local collection of convalescent plasma — which uses blood from people who have recovered from an illness to help others get better, too — as well as renovations to Vitalant’s community donor centers in response to changing COVID-19-related FDA guidelines.