The 8 Best Places for Late-Night Food 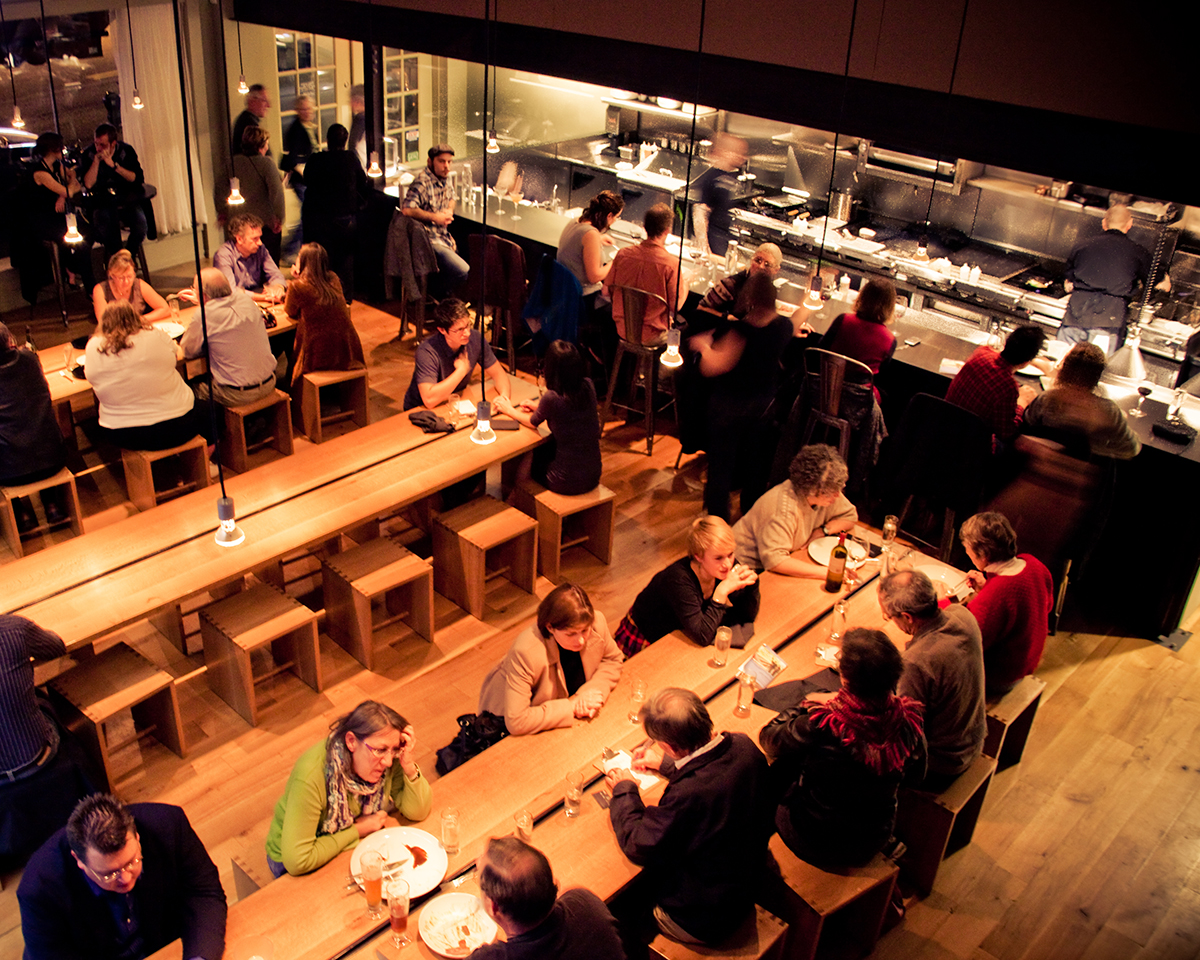 For years, the best options Pittsburghers had to satisfy a nocturnally rumbling stomach were the city's hot dog shops, diners and the ever-present McDonald's Happy Meal of Shame.

Of course, a bag of O Fries or a midnight pancake breakfast at Ritter’s have their place in the world. Still, there seemed to be some sort of unspoken if you eat good food after 10 p.m. on Tuesday you’re going to turn into a Gremlin rule going on.

Well good news, Pittsburgh. It’s a brand-new kind of night, and some of the area’s best restaurants offer full menus — while other serve killer after-hours deals — until at least midnight, often later. These are the best places to dine on burgers, pasta, charcuterie and even sushi after 10 p.m. 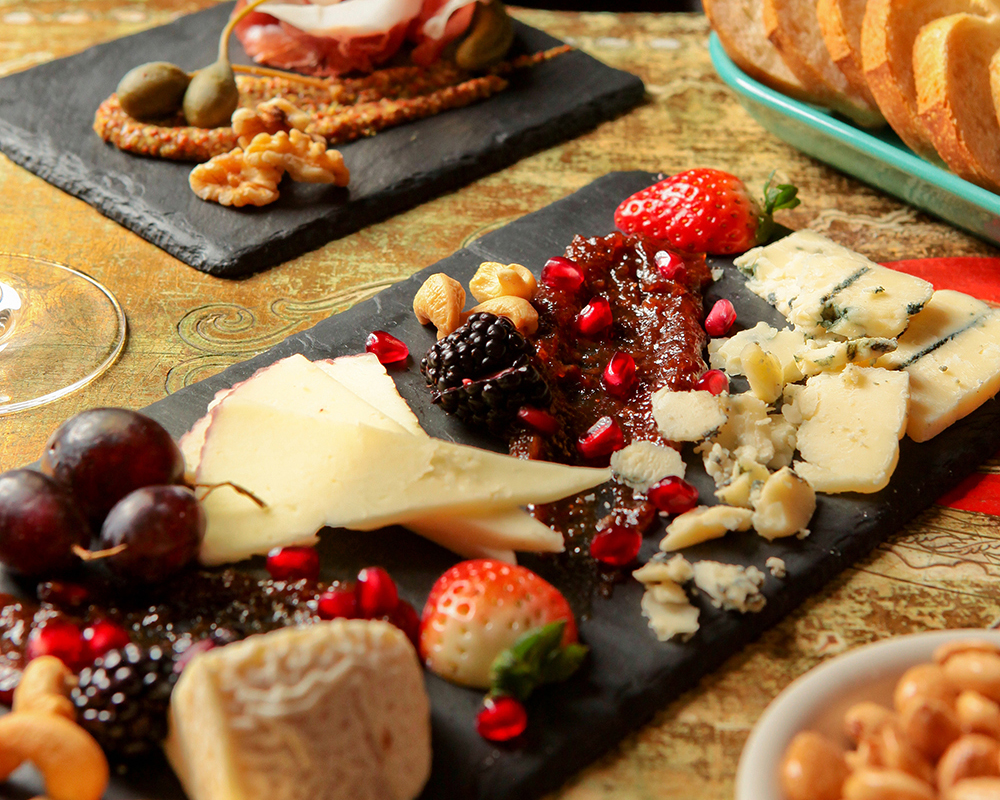 The Allegheny Wine Mixer in Lawrenceville, with its wall of absurdist art, might be the least-pretentious wine bar you’ll ever visit. The bartenders are wicked knowledgeable and happy to pair a glass of affordable yet delicious wine with your late-night snacks. Here, you can order Pittsburgh-cured charcuterie or a terrific cheese plate. Or get wild with a Toastie, a kick-ass pressed cheese sandwich stuffed with a variety of fillings including prosciutto and Gruyere, manchego and fig jam, and hot Vento sausage with mozzarella and banana peppers. It’s a favorite spot for restaurant industry workers, so you might share shots of Fernet Branca or Chartreuse with one of your favorite chefs. 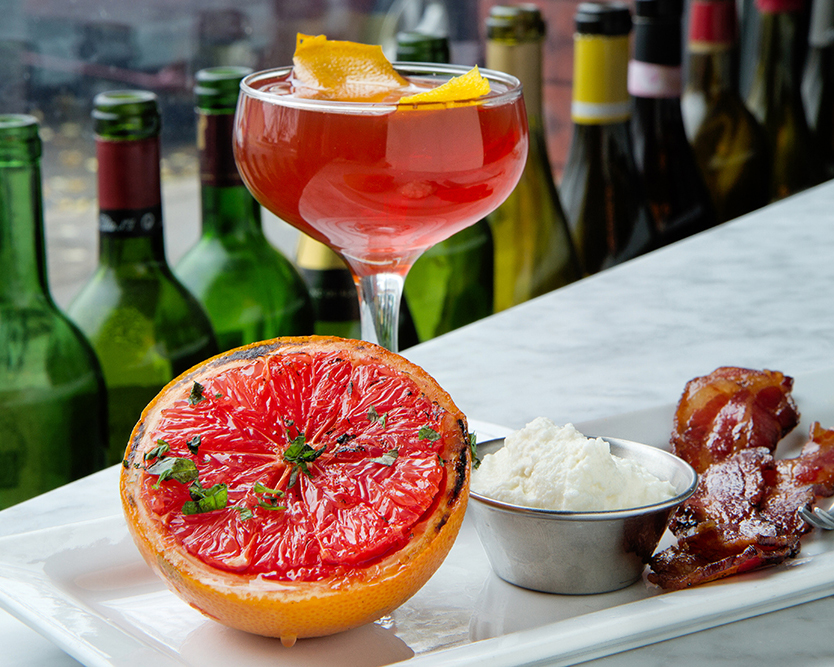 What’s wonderful about Bar Marco is that the kitchen stays open as late as the bar, even during the week. That means if you get a hankering for a snack at 1 a.m. on a Wednesday, all you have to do is head down to the Strip and someone will cook something nice for you. The late-night selections are ever-changing, so be sure to check the website for daily menu updates. Co-owner and chef Justin Steel says that the general rule of thumb is service on large entrées stops around 10 p.m., and customers can expect a strong rotation of about 10 small plates and a handful of desserts. Steel also just purchased a pasta extruder, so it’s rather likely there will be a pasta dish or two available some nights. 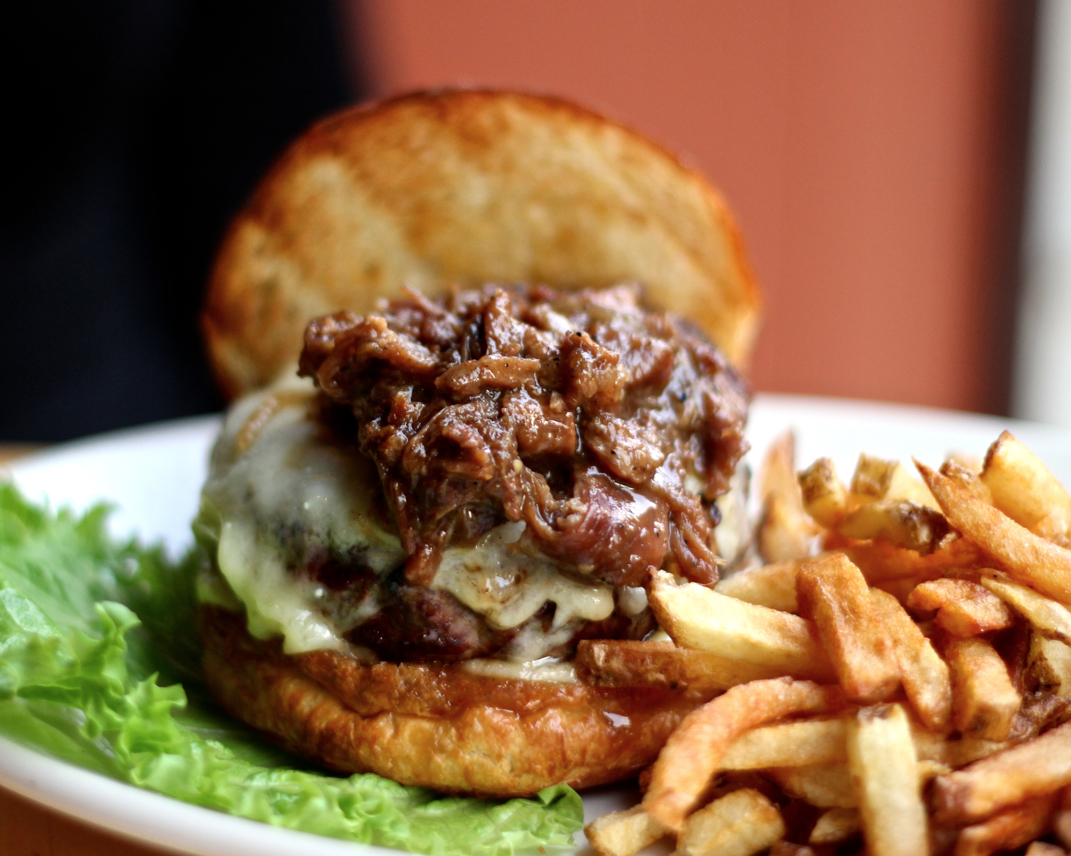 Here’s a sign of how far Pittsburgh has progressed in the last few years: You can get a beautifully cooked, Pennsylvania-raised, grass-fed hamburger until midnight. There’s also an addictive smoked bluefish pâté, and the housemade pierogies are the best you’re going to find outside your grandma’s kitchen. Don’t forget the always-delightful specials and soups of the day. Desserts are well-thought-out and perfectly indulgent. In fact, Oakland’s Butterjoint raised the bar for pub snacks in the same way that its sister restaurant Legume raised the bar for locally sourced cuisine. 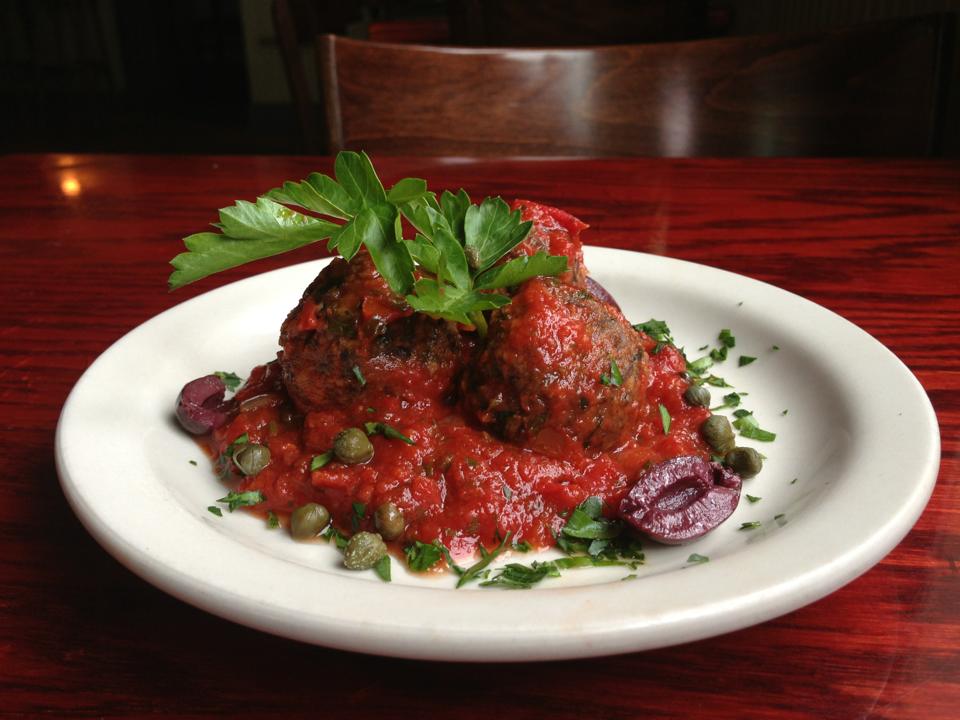 You can do a lot of things on the South Side late into the night: hear a band, get wicked drunk, try to avoid hordes of frat boys preening on Carson Street. But walk a few quick blocks to the quiet corner of 17th and Sarah streets, and you can also eat the best southern Italian food in Pittsburgh until midnight every day but Sunday. Best of all, the entire menu is served until the kitchen closes; your meal can range anywhere from a simple snack of antipasto or tuna “meatballs” to Spaghetti ai Frutti de Mare. Dish also has a lovely selection of amari and other digestivi, the perfect nightcap to a late-night meal. 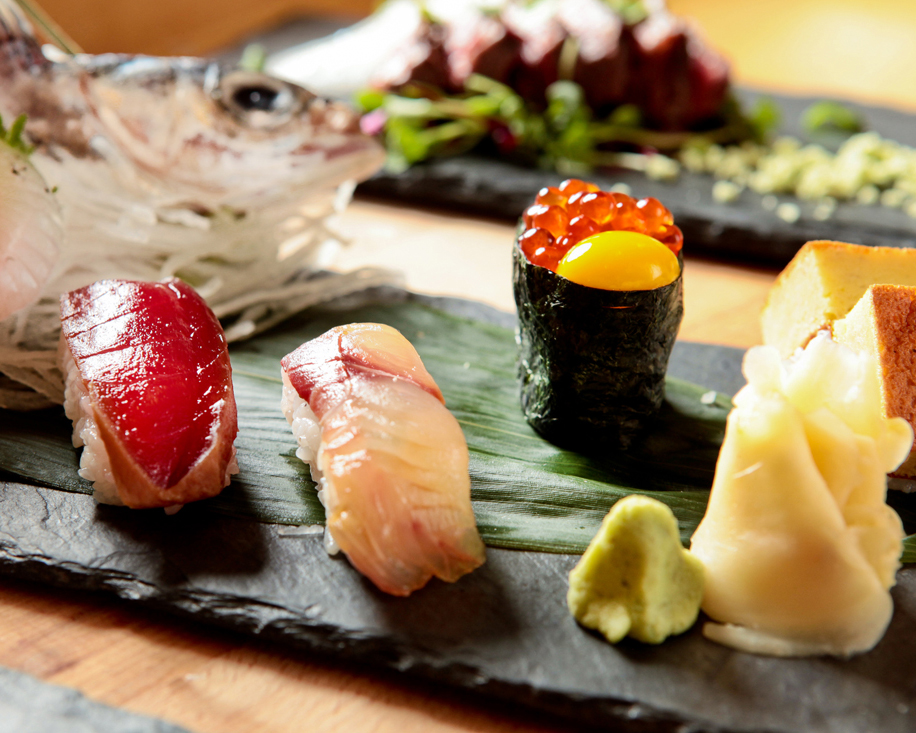 If you’re craving a few outstanding bites late on Fridays or Saturdays, Fukuda in Bloomfield is a must. The restaurant arguably has the best sushi in town, and on the weekends you can eat it until 2 a.m. Saddle up to the counter and put yourself in chef TJ Barney’s talented hands; a mix of nigiri, belly and roe are sure to bring a smile to your face. Fukuda is BYOB, so don’t forget a bottle of booze. Actually, bring some to share because late-night Fukuda often turns into a community party of sorts. 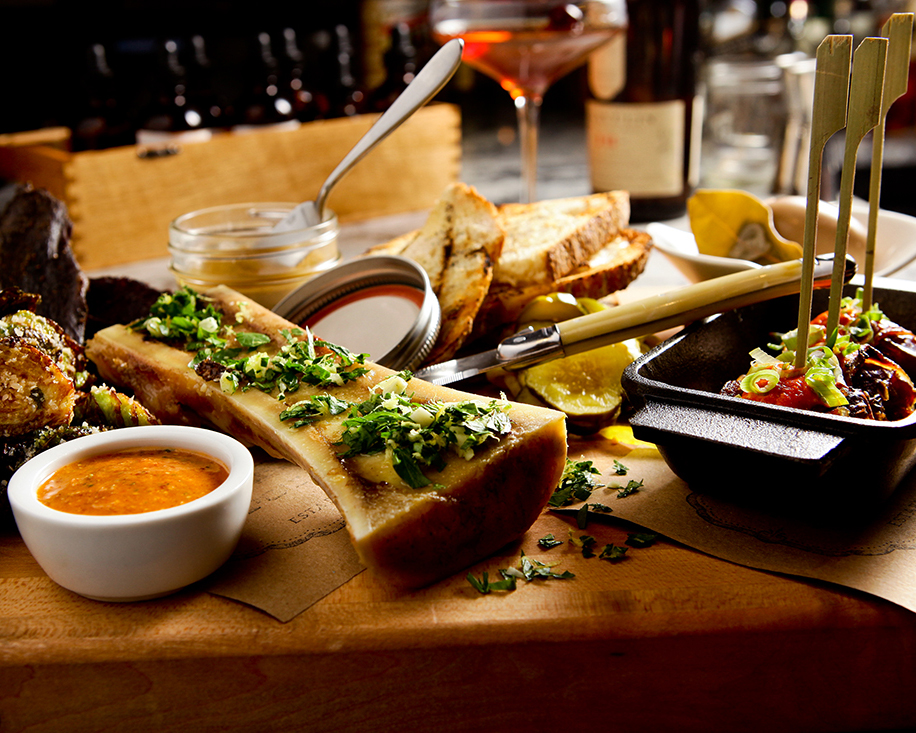 The best late-night deal in Pittsburgh rocks hard Monday nights at Meat & Potatoes downtown. The “Nightcap” menu is a rotating list of chef’s creations, all for $5 and served until 1 a.m. One recent week’s offerings featured smoked pulled-pork tacos, wild mushroom and potato terrine and “Cat Fingers” (cornmeal-crusted, fried catfish served with potato salad). It’s about to get even more fun downtown, too; as of next week the restaurant’s patio will be open and the grill will be fired up for some old-school backyard grilled delights. 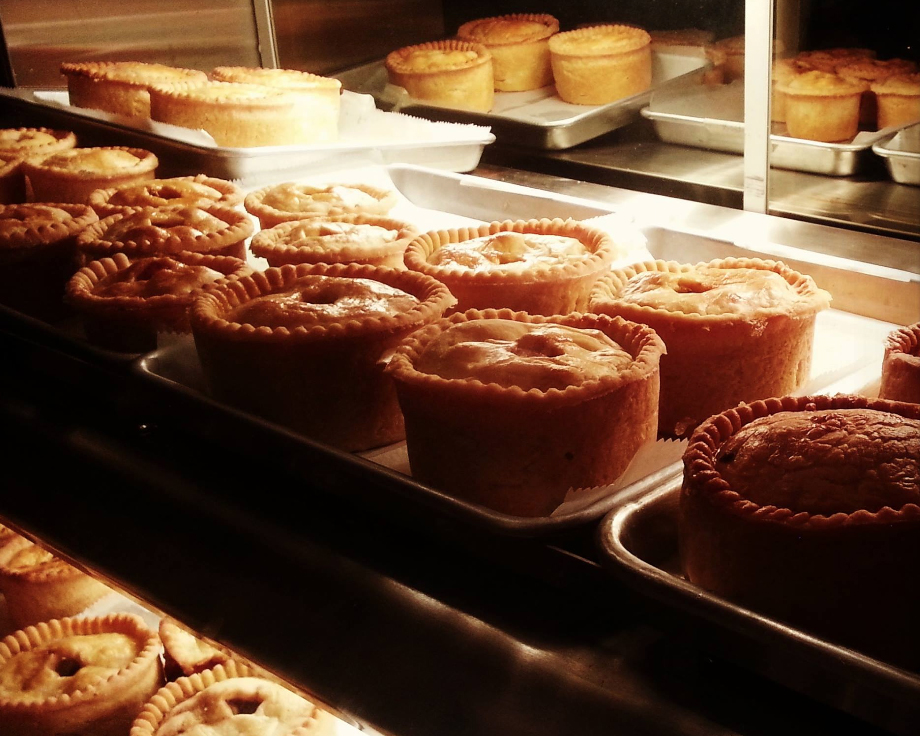 The Pub Chip Shop, the sister space of Carson Avenue titan Piper’s Pub, is a haven for authentic English-style delights. Meat Pies! Cornish Pasty! Fish and Chips! Scotch Eggs! Deep-fried hot dogs! And vegetarians aren’t left alone in the darkness here. There’s a vegan Vindaloo pie, a pierogi-stuffed patsy and the “fish” part of the fish and chips easily can be swapped for either seitan or portobello. Sides here also lean heavily vegetarian-friendly. What separates Pub Chip Shop from run-of-the-mill late-night food is that everything is house-made with both skill and care. 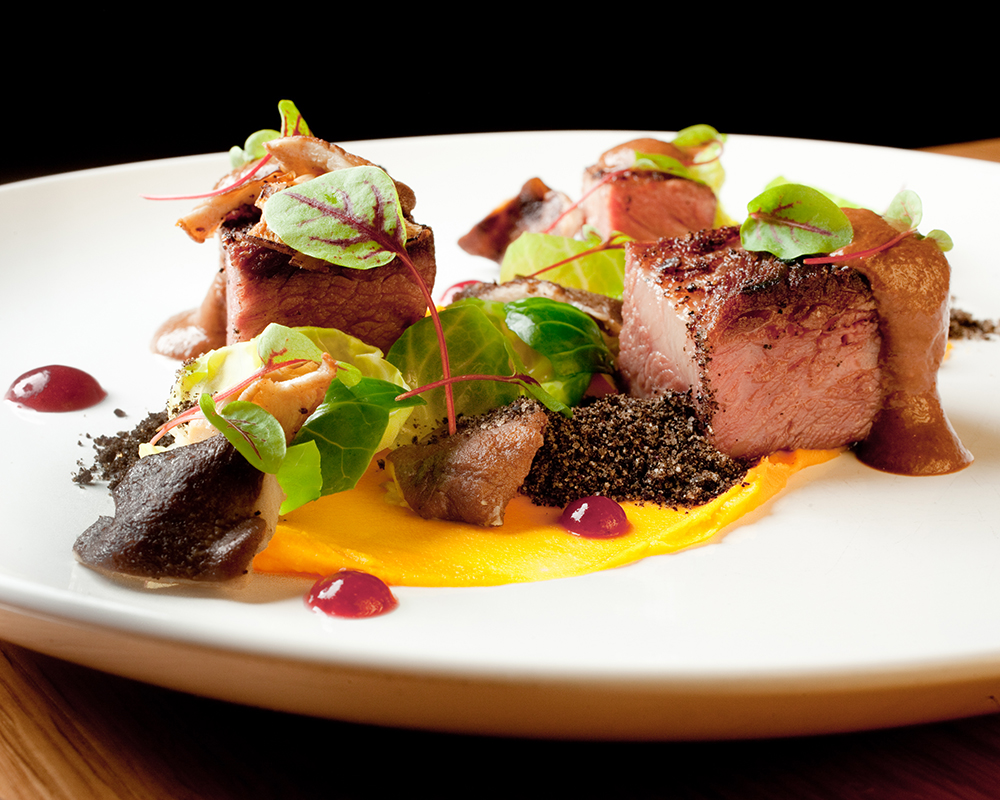 Salt of the Earth takes your processed-food dreams and turns them into reality. Here’s the thing, though: All the “processed” food actually is made in-house, and instead of tasting like junk, this stuff actually tastes better than what you think you’re ordering. The straightforward cheeseburger is a fixture (beef, American cheese, pickle, brioche bun). KFC here stands for Korean Fried Chicken, a spicy chicken leg with a glass-shattering crust; the hot chicken, which sometimes serves as a stand-in for the KFC, is equally as bone-sucking good. The rest of the late-night menu is ever-changing, and you’ll find anything from a soft-shell crab sandwich to mac ‘n’ cheese to milkshakes. It’s a rotation of dishes pined for by stoners across the world. Executive Chef Chad Townsend’s stellar restaurant menu also is available until closing (as are his pies).

Here’s my wish list: Spruce up an old late-night diner into something stylish (and often sustainably sourced) like The Waffle in Los Angeles or The Diner in Brooklyn. Serve me a beautiful bowl of ramen. Or just keep it simple and open a better sort of pizza joint. Your move, savvy Pittsburgh restaurateurs.

This article appears in the April 2014 issue of The Best Blog.
Categories: Best of the ‘Burgh, Hot Reads