The 8 Best (Not) Restaurants in Pittsburgh 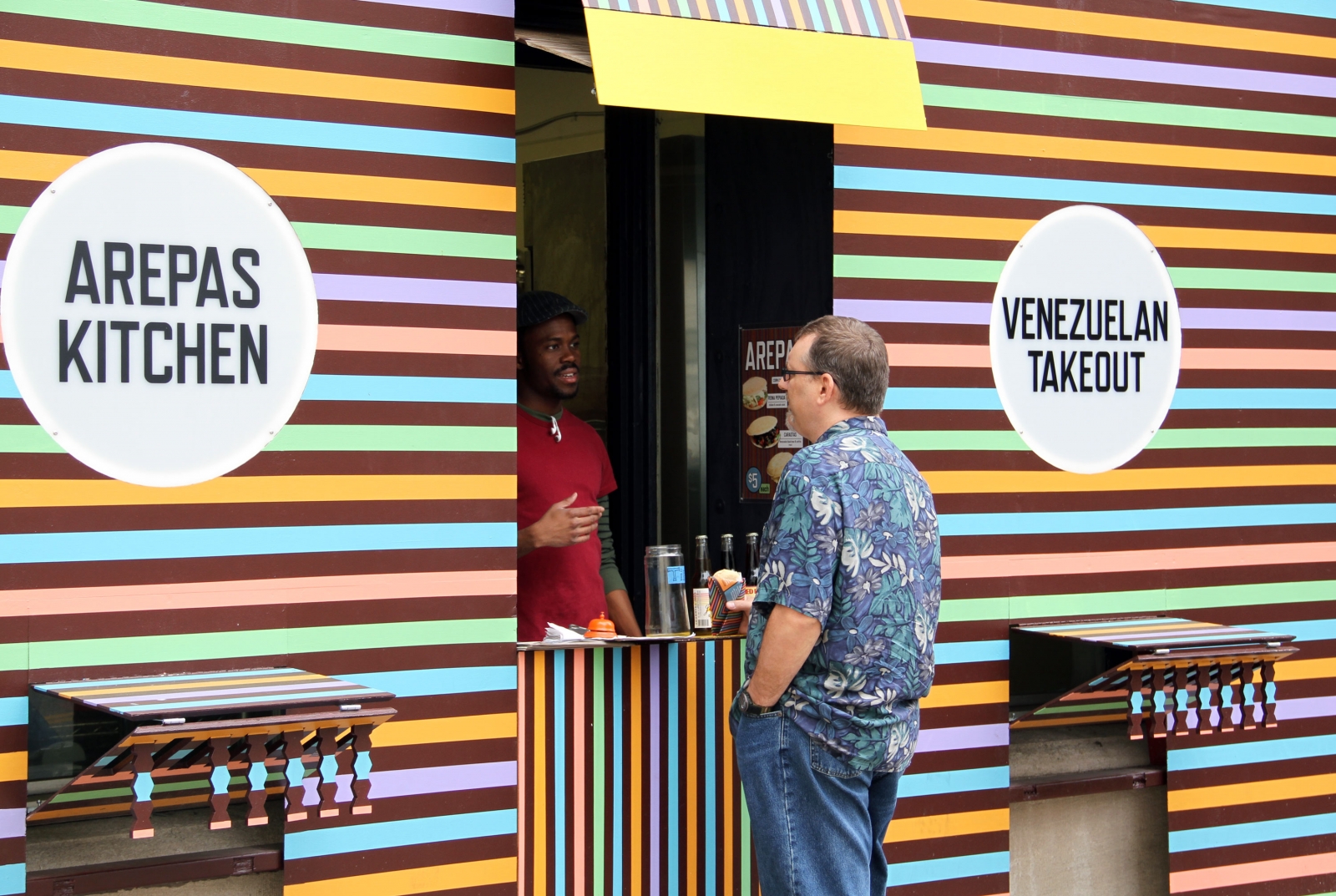 While Pittsburgh’s food-truck culture isn’t nearly as developed as other cities, we have our fair share of fantastic portable and pinhole establishments. This is important for a city with a growing food scene because sometimes you just want to grab something tasty on the go. Even better, sometimes the food will come right to you.

For years, it has been possible to fix yourself a rather excellent meal by walking and grazing through the Strip District. Now there are businesses all over the city that serve excellent food outside restaurant walls.

From pizza to pierogies, these are the Best Non-Restaurant food destinations in Pittsburgh. 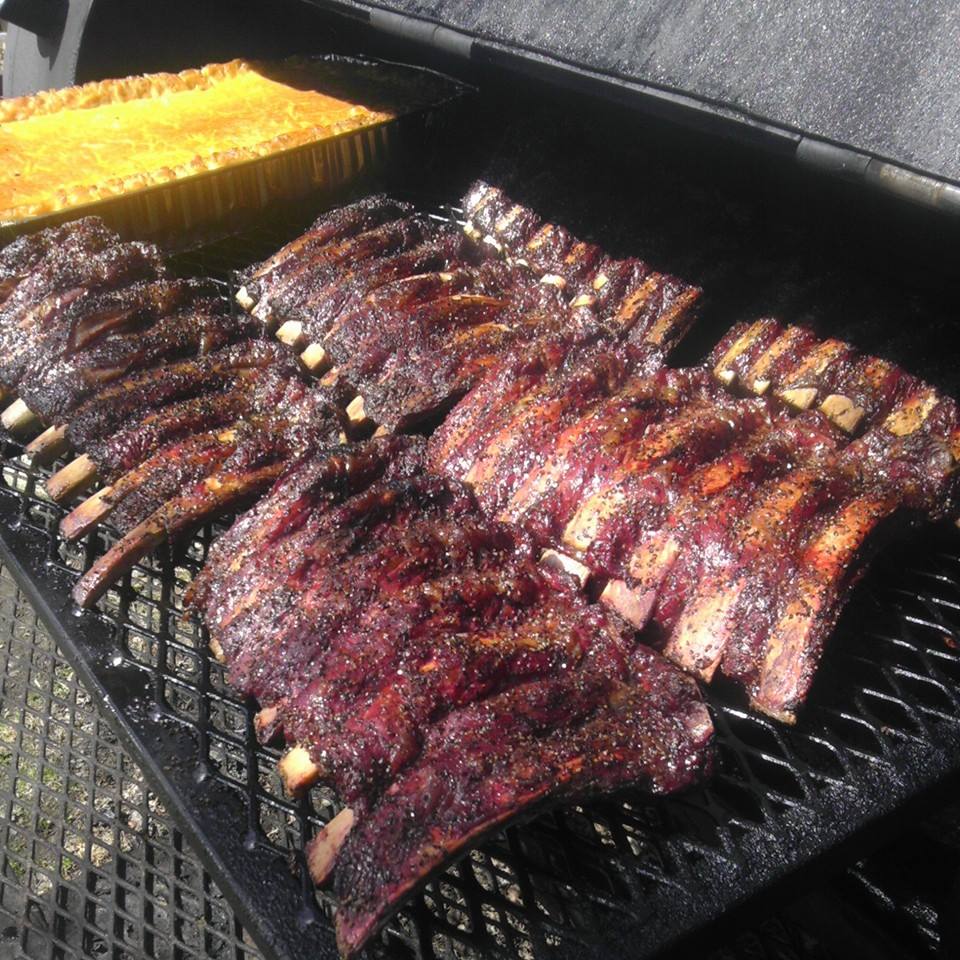 Justin “Hootie” Blakey is best known to Pittsburghers as the beer guy at D’s Six Pax and Dogz in Regent Square, but he has another talent: smoking. After years of feeding guests at massive back-door parties, he decided to open Blowfish BBQ. Hootie cooks pork shoulder, ribs, brisket, chicken and even whole lamb in his 84-inch Lang BBQ smoker. “I’ll pretty much do anything on that smoker,” he says.

The meat, smoked for up to 16 hours over cherry wood with a hint of hickory, is belly-slapping good. A dash or two of Hootie-made vinegar barbecue sauce helps cut through the richer cuts of meat.

Blowfish BBQ parks outside the Brew Gentlemen in Braddock on Fridays and makes regular appearances outside Arsenal Cider House in Lawrenceville on Saturdays. 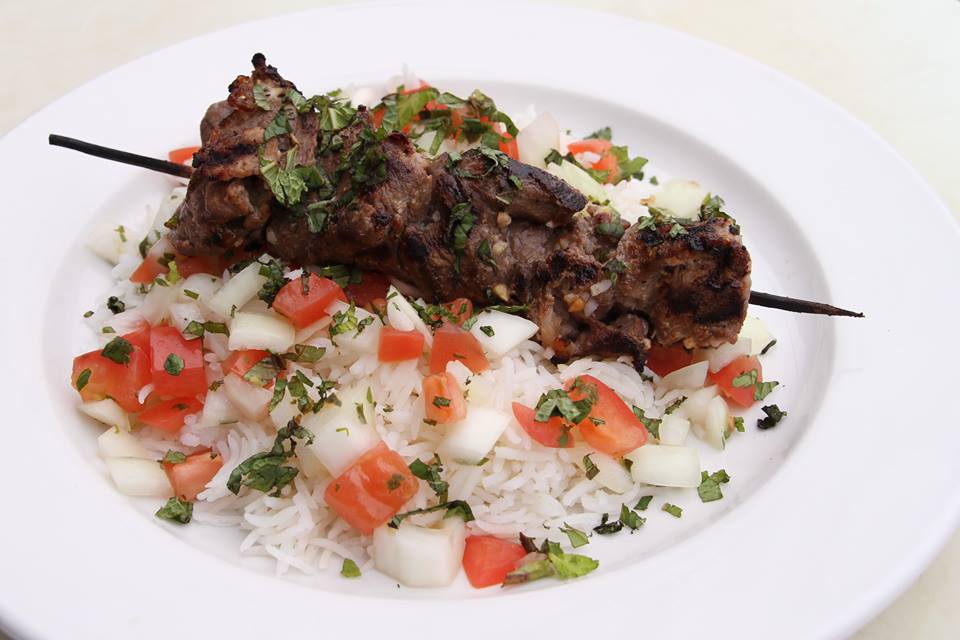 Conflict Kitchen gives perceived Enemies of the State a culinary voice in an attempt to foster greater understanding of their culture. The cuisines of North Korea, Cuba and Iran all have been featured, and the food comes wrapped in interviews with both current conflict zone residents and citizens in exile. The kitchen — housed in a hut in Schenley Park — also hosts lunch hours to hold current events.

Hurry up and catch Venezuela, the latest incarnation of the kitchen. Enjoy small plates such as arepas (griddled corn cakes stuffed with a variety of ingredients) and tequenos (crispy fried cheese with tangy avocado relish) or larger plates including chivo al coco con mofongo (slow-cooked goat with green plantain mash). 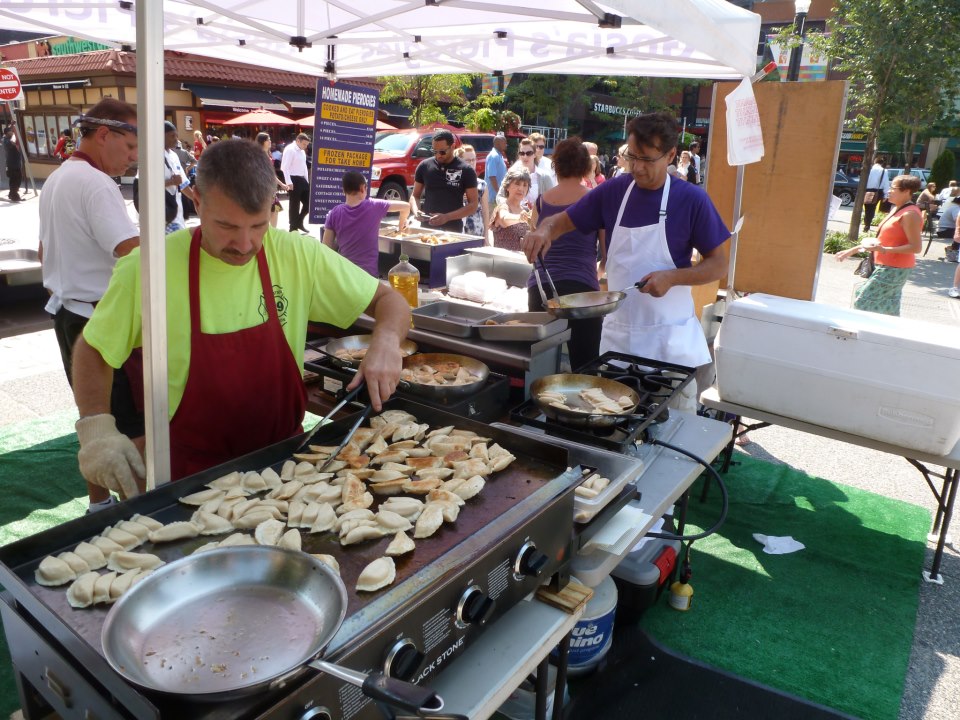 Terry Smith-Rawecki and Jam Rawecki started making pierogies in 2001 after a visit from one of Jam’s family members from Poland. During the first few years, it was more of a hobby than a small business. But in 2005 they decided to expand their operation. Now, Gosia’s Pierogi sets up a mobile stand at six farmers markets — Ligonier, East Liberty, Market Square, Upper St. Clair, Forest Hills and Mt. Lebanon — and at more than 20 festivals throughout the year. Gosia’s also sells frozen versions of the Polish-inspired dumplings at a handful of specialty grocers.

We recommend the classic cheese and potato, but make sure you get them sautéed in heaps of butter and onions. The pierogi’s crispy, salty bottom and soft-boiled top pave a pathway to happiness. “They’re like your grandmother’s pierogi,” says Smith-Rawecki.

With all due respect to grandmothers Roz and Francis, Smith-Rawecki should change the word “like” to “so much better than.” 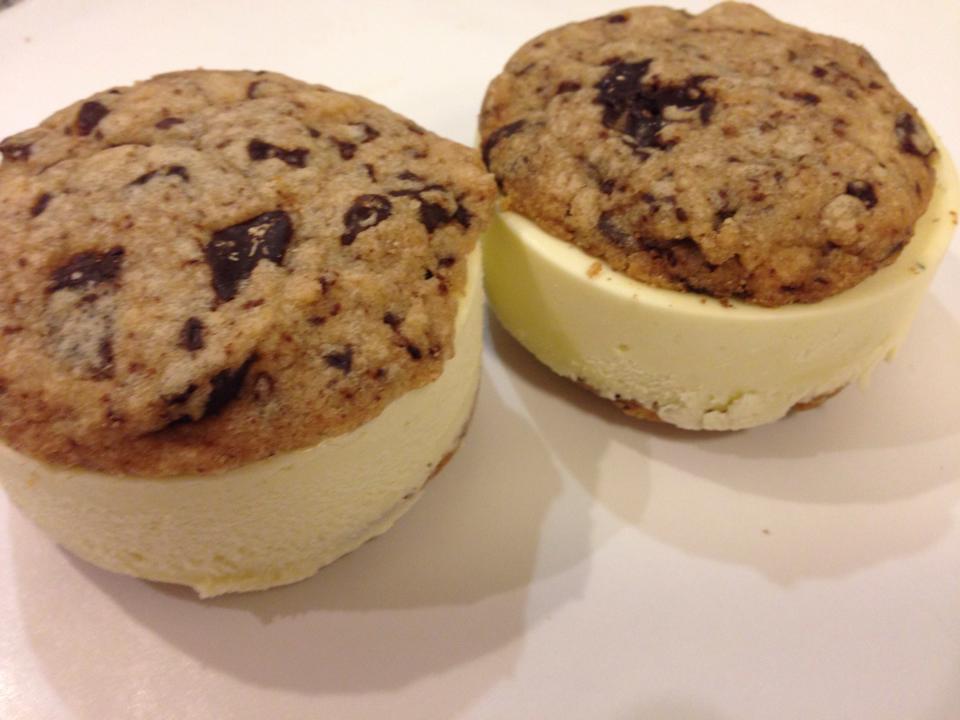 The array of amazing ice cream sandwiches created by Katie Heldstab and Christa Puskarich’s of Leona’s Ice Cream is making us wonder what we used to do for summertime refreshment. The couple has wowed farmers market and festival attendees since they first started biking the cart around town this spring.

A current summertime gem is the raspberry-peach ice cream nestled between two snickerdoodle cookies. We at the Best Blog also are big fans of the strawberry-rhubarb sandwiched in vanilla shortbread.

Lactose-intolerant cream cravers need not worry: Heldstab is lactose-intolerant, but instead of forgoing the sweet cream, she’s treating it with an enzyme that makes the ice cream 85-90 percent lactose-free and digestible by just about everybody. 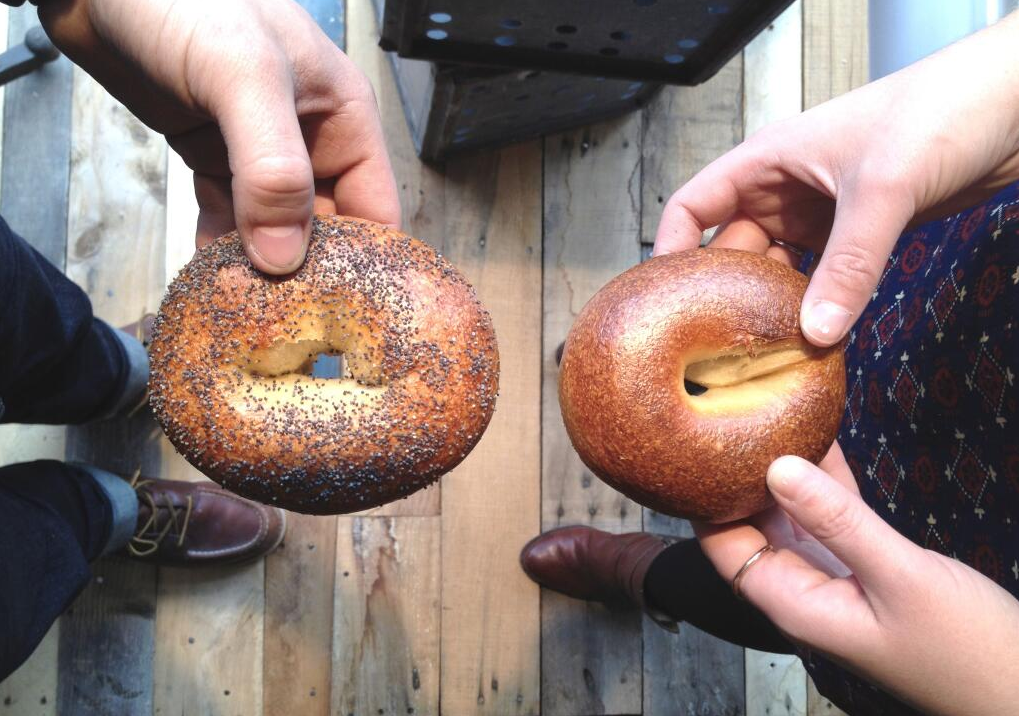 We at the Best Blog have heard a lot of chatter about there being “No Great Bagels in Pittsburgh.” Not true. There were no great bagels in Pittsburgh until Evan Wood, an IT professional by day, started the Pittsburgh Bagel Club. Those of us in the know have been calling it the “Secret Bagel Club” for the past few months, and now we’d like to share that secret with you.

After Wood moved back to Pittsburgh, he couldn’t find a bagel he liked here. Good thing for him — and us — he’s a trained baker with a wealth of experience in New York City bakeries.

Wood’s bagels are spectacular, made in the boil and then bake process that ex-pat New Yorkers have come to crave (and, frankly, are pretty hard to find in New York these days). Quantities are limited, so email order@pghbagelclub.com or follow him on Twitter @PghBagelClub to keep informed on the latest batch. 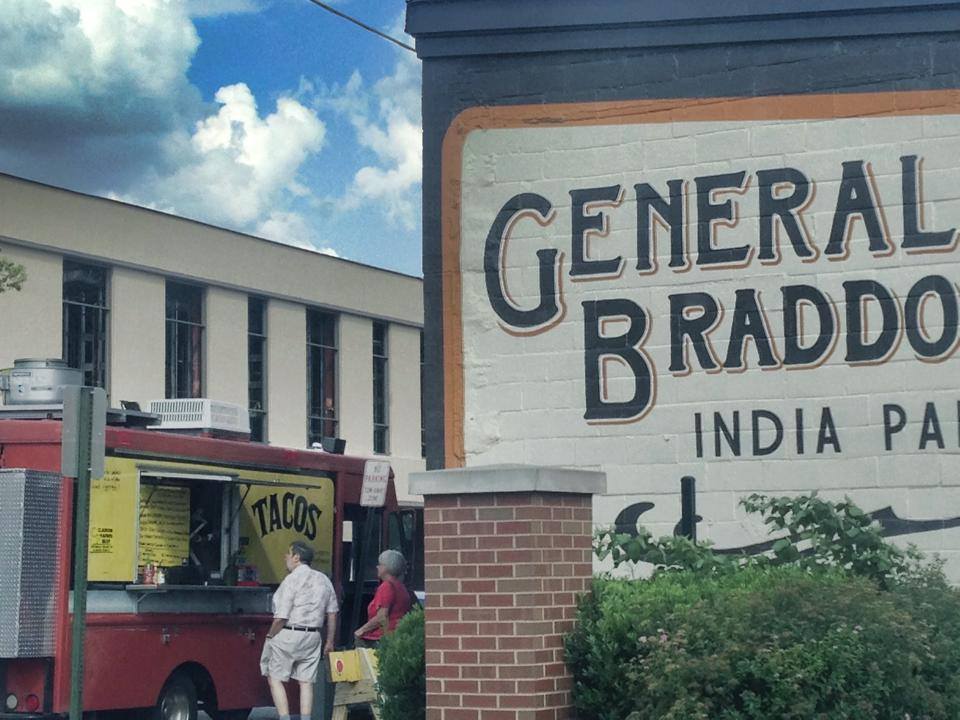 On a frigid night in January 2013, James Rich rolled the Pittsburgh Taco Truck into the parking lot at Bar Marco and changed Pittsburgh’s food landscape. He wasn’t the first mobile food truck in the city, but he raised the quality bar tremendously the moment he opened the service window. 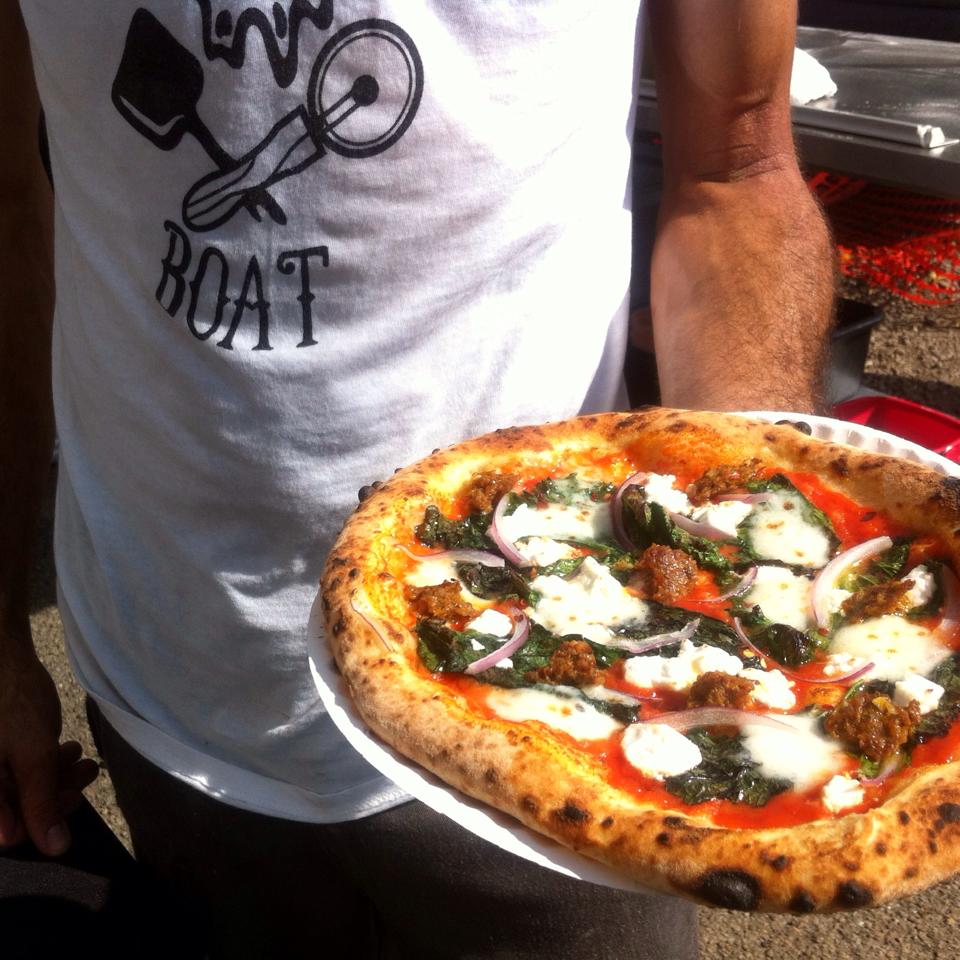 Both pizza makers spent several years working at the famed Roberta’s Pizza in Brooklyn before returning to Pittsburgh to set up the Pizza Boat. The oven usually is parked in front of Bar Marco Fridays through Sundays, and it also travels to special events. We know that putting the words “best” and “pizza” close to each other are sure to stir up a lot of feelings, but take our word for it: This is some of the best in Pittsburgh. 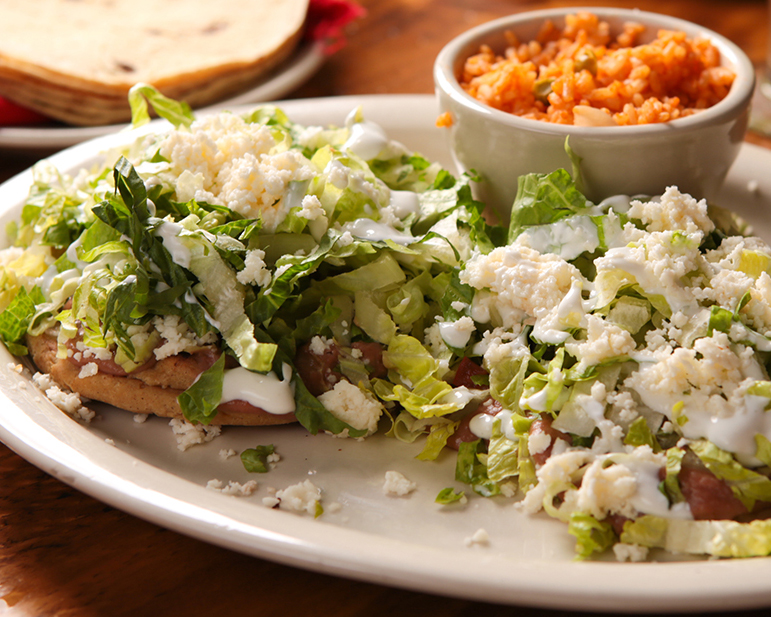 We’re cheating here. Twice. Lucky for you, the result of this cheating is the opportunity to enjoy double tacos while walking less than 10 feet. You’re welcome. The Best Blog hereby dubs the corner of Penn Avenue and 21st Street in the Strip “Taco Corner.”

Many people associated Edgar’s Tacos with Reyna Foods, but it’s always been a standalone business owned by Edgar Alvarez. The lengua (beef tongue) taco is a real standout here, as is the horchata.

Meanwhile, the other, newer stand actually is associated with Reyna Foods. We decided to include this offshoot of Casa Renya because the staff is making food that’s not available in the restaurant. The tacos al pastor are especially addictive.

Really, who wants to eat just one taco anyway. Go ahead and get one — or two — from each stand.

This article appears in the July 2014 issue of The Best Blog.
Categories: Best of the ‘Burgh, Hot Reads