The 6 Brainiest Bartenders in the 'Burgh

These inventive bartenders are pushing the boundaries between mixology and science. 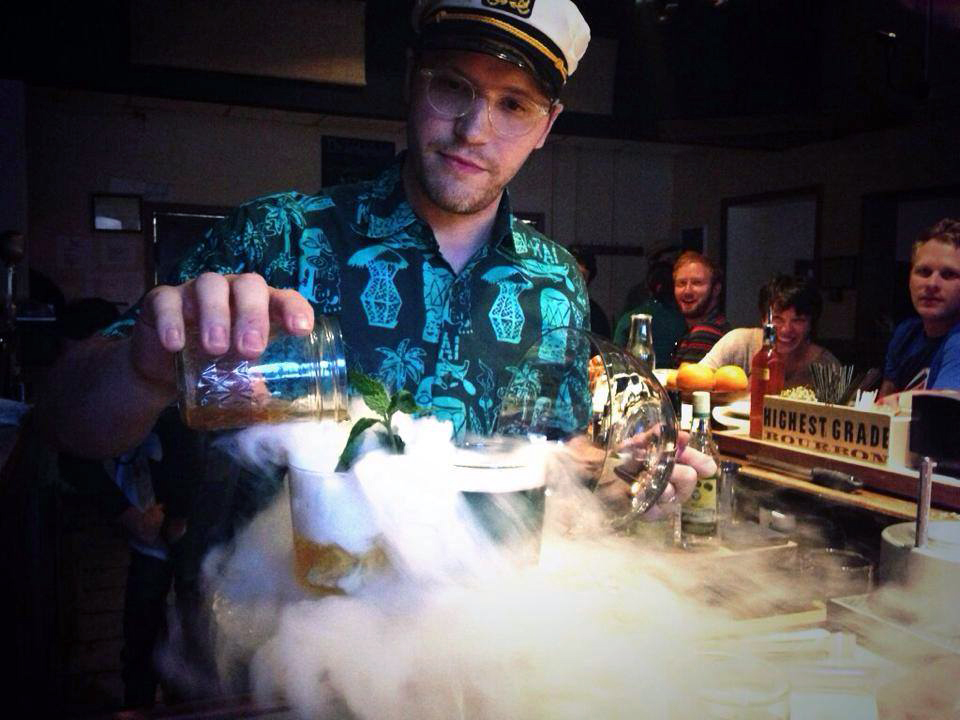 It takes a host of skills to be a great bartender — hospitality, tirelessness and creativity are just a start. Pittsburgh is a city with a cadre of skilled professionals; bartenders from downtown to Harmony are making menus of delicious drinks, both classic and contemporary.

There is a group of bartenders that I’m especially fascinated with because — don’t let the flannel shirts and awesome shoes fool you — at my core I’m a nerd. I love mad scientists and history geeks and have always been drawn to the people who wanted a microscope, magician’s kit or an Encyclopedia of Space instead of a pair of Air Jordans when they were a kid. I bet at least one of these dudes has a stash of Dungeons and Dragons books somewhere.

Writer’s note: Speaking of dudes, I’m keenly aware that everyone on the list is a guy. It wasn’t my intention to include only fellas, nor should this list imply that Pittsburgh’s women bartenders aren’t as passionate or knowledgeable as the menfolk. I (and you!) could spend hours talking to Maggie Meskey or Erica Joyner at Butcher and the Rye about bourbon or Alyssa McGrath at Dish Osteria and Bar about amari. In fact, we went behind the bar with Joyner last month. Watch it here.

For this exclusive list, however, we had to make some tough choices. These are Pittsburgh’s best bar geeks. 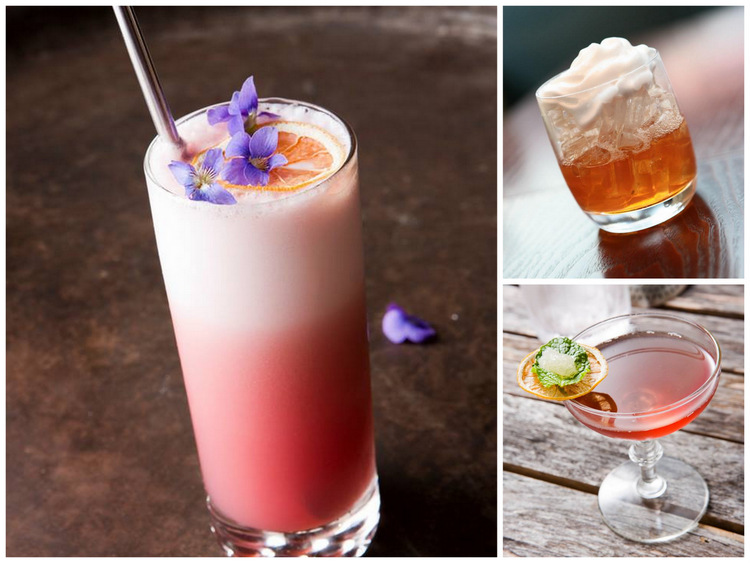 Colin Anderson is Pittsburgh’s resident alchemist. In fact, he says, “Most of the stuff I practice is pretty ancient.” He has an old-timey concoction called a “cup” on Cure’s drinks menu. He researched the wine-based drinks by reading William Terrington's 1869 book “Cooling Cups and Other Dainty Drinks.”

“I was a history major in college,” he says. “I spent a lot of time in the school archives.”

Anderson says that an ingredient called “sherbet” kept coming up in the book, but the recipe for it was confusing. What’s an alchemist to do? Make his own mix, of course. Anderson’s sherbet powder is a blend of baking soda, citric acid, cream of tartar, powdered sugar and dehydrated citrus. Sprinkle it on seltzer, and the effervescent fizz adds drama, aroma and flavor to the drink.

Then again, Anderson isn’t locked in the past. He’s also happy to use chef Justin Severino’s modernist toys to make a better drink. For example, he makes all his liqueurs in the sous vide and creates flavorful “glues” and foams as garnishes. 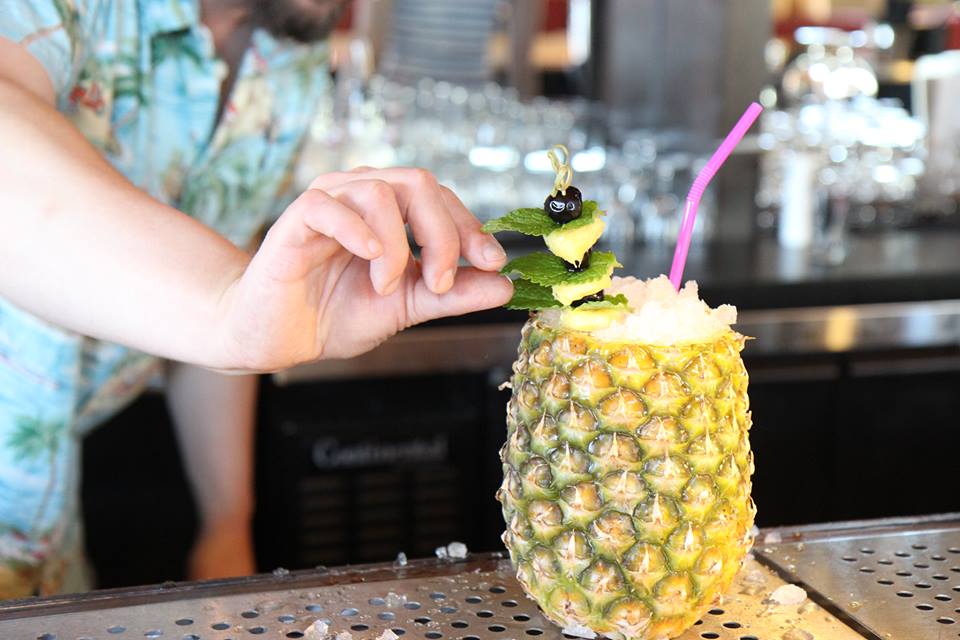 Sean Rosenkrans is Pittsburgh’s professor of alcohol. He spends much of his downtime reading and researching the craft and history of bartending. His current focus is sorting his way through the 300-plus cocktail manuals (many via Tender co-nerdtender John Pyles) in order to find variations on a theme.

“I’m interested in different cultural and regional understandings of how people made drinks at different times. For example, in the late 1800s, there was a New York style and a London style; aristocratic England was a very different place,” he says.

Head to Tender Bar on Wednesday nights (or any night really; fellow bartenders Pyles, Nathan Lutchansky and Craig Mrusek could all have made this list) to get a taste of what’s on Rosenkrans’ mind at any given moment. The history lesson, however, is optional. “It’s still a bar. I’m much happier seeing two people talking to each other than listening to me give a history lesson,” he says. 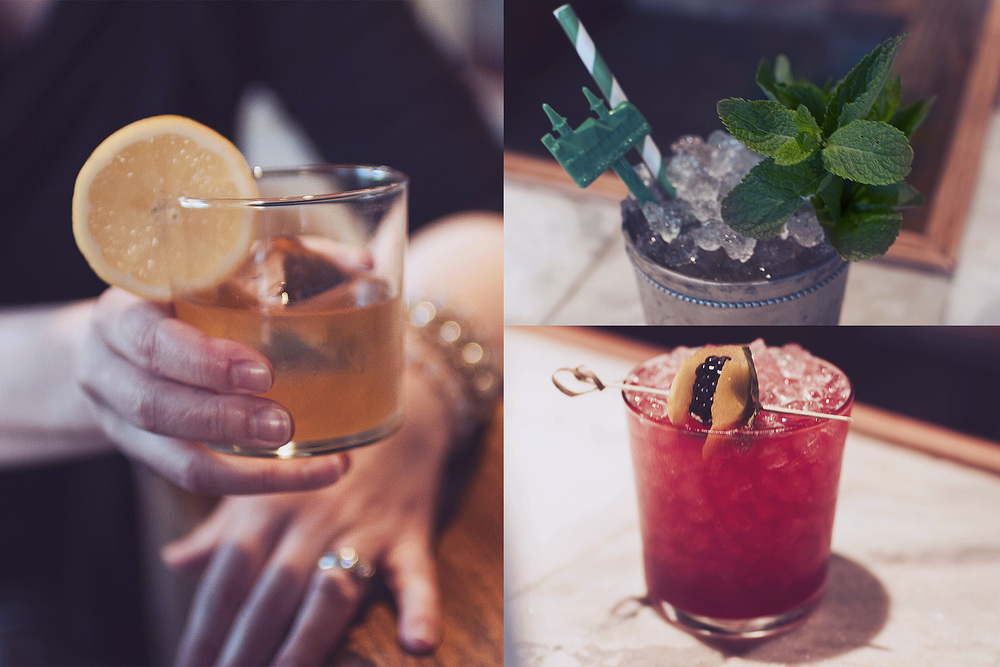 Adam Henry isn’t a professional bartender, yet the lawyer-by-day always brings his bag of tricks to The Independent Brewing Co. Saturday nights.

“There’s something really appealing about applying low-level science to drinks. You can do very interesting things with otherwise familiar foods,” says the home cocktail aficionado who connected with some of the city’s other enthusiasts via Twitter and then through meetups of a secret Tiki Cocktail Club (see Lucky, below).

One of Henry’s favorite techniques is to use dry ice to create a dramatic cascade of aroma. You’ll need to draw a traditionally made drink close to your nose to catch a whiff of the garnish, but when Henry pours a warm, aromatic mixture over dry ice, a cold fog of sweet vapors adds texture to a drink from afar.

We recommend: Menu changes weekly and usually follows a theme. Look out for The London Fog (served only at the bar). Port, cognac, Cherry Heering, Jerry Thomas bitters and a tobacco-leather fog. 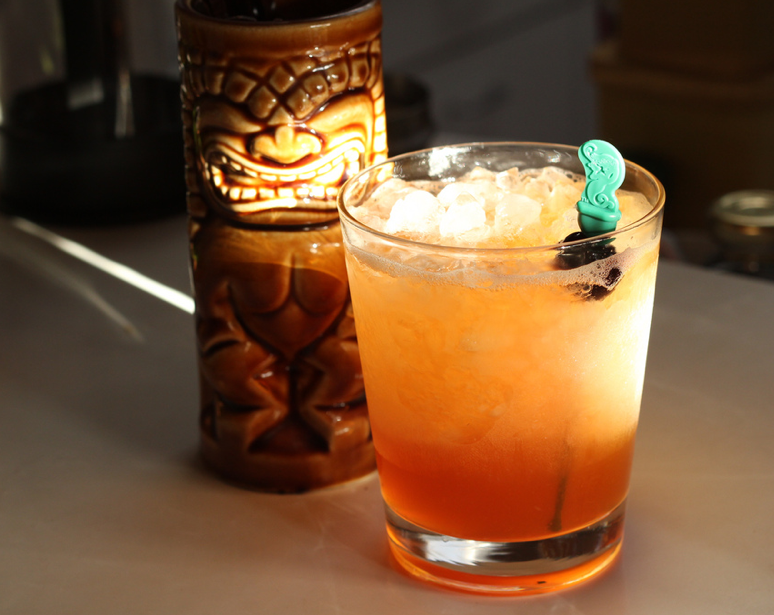 Lucky isn’t just the World’s Greatest Sideshow Performer (though he is indeed that!) — he’s also the Pittsburgh’s ambassador of All Things Tiki.

Lucky spent his youth obsessed with midcentury modern culture, but, he says, when he was given Sven Kirsten’s “The Book of Tiki” when he was 21, he found his true calling. “It was — I don’t want to say magical, but it really was — experiencing this strange culture. It was a confluence of all the things I loved.”

Now he’s a member of an official tiki organization (The Fraternal Order of Moai), active in an online community (Tiki Central), and a leader of two underground Pittsburgh tiki groups (Pittiki and Team Rum). He even proposed to his fiancé at The Hukilau, the nation’s largest tiki gathering.

In addition to building what promises to be one of the best private tiki bars in the country at his house, Lucky can be found crafting killer tiki cocktails on Thursdays at Tiki Lounge, Fridays at Maggie’s Farm Rum and occasional Saturdays at The Independent Brewing Co.

Will Groves’ philosophy at Oakland’s Butterjoint echoes the ethos of its chef/owner, Trevett Hooper: Take the best of the season, highlight some of the harvest and preserve the rest. “I’m way more interested in the strawberries up the road than I am in Chartreuse,” Groves says.

In fact, he served some of those strawberries — preserved as a shrub — last Valentine’s Day. “That felt so good. You have this moment of summer in the middle of bleak February, and there’s no other way you can get that,” he says.

Groves believes that the key to his success is precision. He “makes the problem small,” and sets out to solve it. Sometimes the solution is simply identifying the most delightful characteristics of a particular fruit, and other times it’s determining that a 0.2% dilution of xanthan gum is a significantly better thickener than a 0.25% dilution.

In the end, “technique will set you free.”

We recommend: Seasonal drinks will start rolling out in the next few weeks. The Sousepaw features Stay Tuned Distillery's PathoGin, infused with locally grown and foraged ingredients. It also has housemade falernum (a sweet, thick syrup). 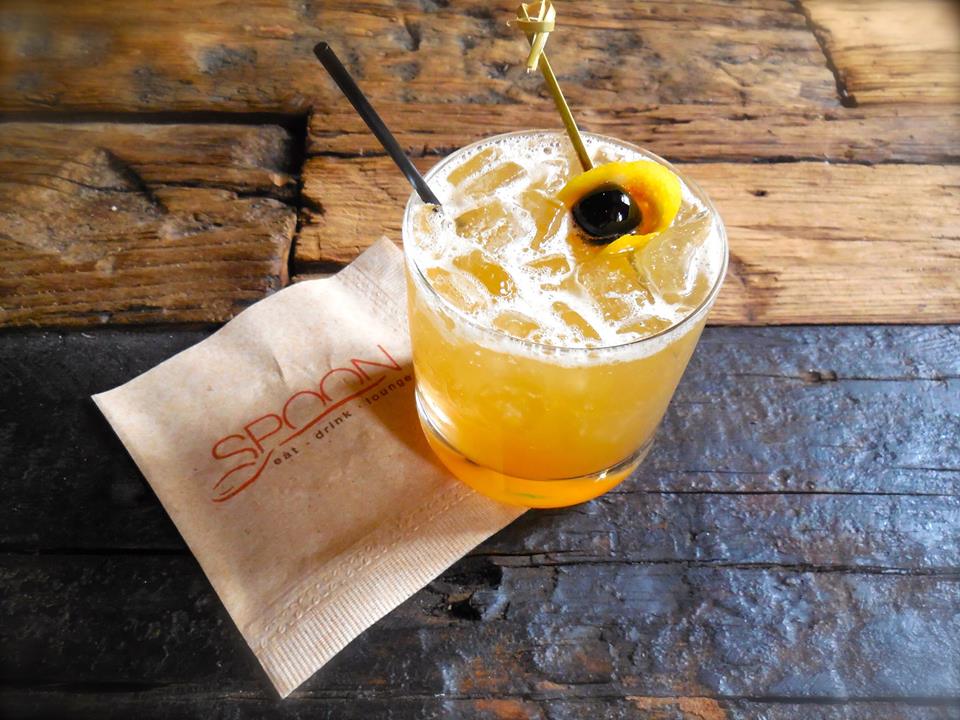 John Wabeck, the beverage director of Spoon and Grit & Grace, doesn’t consider himself a bar geek. He is. He can spend hours talking about the particular botanical makeup of any number of gins. He’s an encyclopedia of flavor profiles and creates cocktails with the mindset of a chef. Indeed, he spent much of his early career in the kitchen. It’s no surprise that his housemade tonics and infusions always are delightful to drink.

“Why do we make all this? Because it’s easier than going online and ordering it, especially when I can do it myself and do it really well,” Wabeck says.  “I don’t want to spend too much time on computers. I want to be making drinks.”

This article appears in the May 2014 issue of The Best Blog.
Categories: Best of the ‘Burgh