A career high point for Adam Sandler concerns a problematic gambler and a supernatural stone. 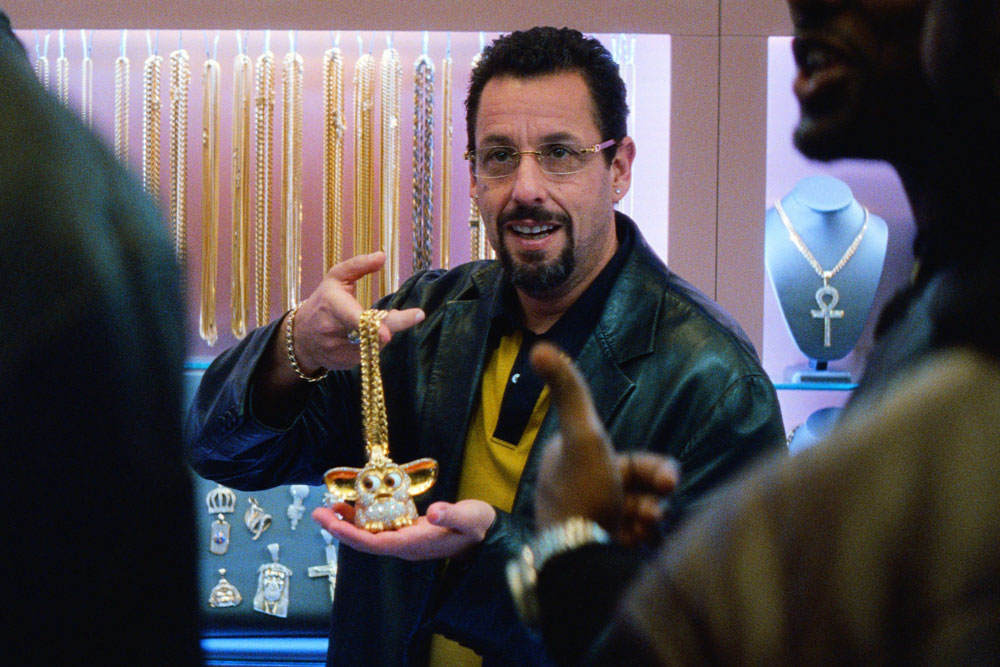 This is the perfect role for Adam Sandler.

It is more fitting than his star-making turns in comedies such as “Billy Madison” and more well-tailored to him than his revelatory sad-sack performance in “Punch Drunk Love”. The boisterous, unlikable yet compelling huckster in “Uncut Gems” is so fine-tuned to Sandler’s persona — on-screen, off, public, private — that it feels as though it must have been written for him.

It wasn’t; in fact, Jonah Hill originally had the part. I’m sure he would’ve been fine. Without Sandler, though, it would’ve been a good film lost in the shuffle; with Sandler, it’s something more, a simultaneous deconstruction and elevation of a familiar face.

That dovetails nicely with the story. (Not literally nor thematically, it just sort of feels right.) Howard Ratner is a New York jeweler and a mid-life cliché: His marriage is dead, his home life is neglected at best and he’s nursing a terrible gambling habit. That has him in debt to a variety of toughs, primarily his brother-in-law Arno (Eric Bogosian), to whom he owes a six-figure sum.

Fortunately, he has a line on a rare item, an uncut opal from an African mine. He believes it could fetch a million dollars at auction; when it arrives, he shows it off to basketball star Kevin Garnett (playing himself), who becomes convinced the rock can boost his on-court fortune.

So begins a series of unlikely bets and deals, all of which could solve at least some of Ratner’s problems but simultaneously create new ones with his enraged creditors. “Uncut Gems” is a staggeringly tense movie that will have crowds screaming at Ratner for making hare-brained wagers — then immediately watching a decade-old basketball game in breathless anticipation to see if the bet pays off.

Directors Josh and Benny Safdie helmed a more modest but similarly tense picture, “Good Time,” in 2017, performing a comparable feat of star rehabilitation with a pre-resurgent Robert Pattinson. This is a stronger film. There are flaws with its constituent parts (a dispassionate view will reveal that Ratner is sort of despicable, and a sequence in Africa doesn’t work), but the full package is admirable.

The headline, though, is Sandler. It’s not just that the role is great for him; he’s great for it, adding humor, desperation and charm in deft fashion. More roles like this and (most of) Sandler’s cinematic sins could be forgiven.

“Uncut Gems” will be released in Pittsburgh on Wednesday, Dec. 25.