The 400-Word Review: The Grudge

A new version of the Japanese horror favorite drowns its frights in bleak atmosphere. 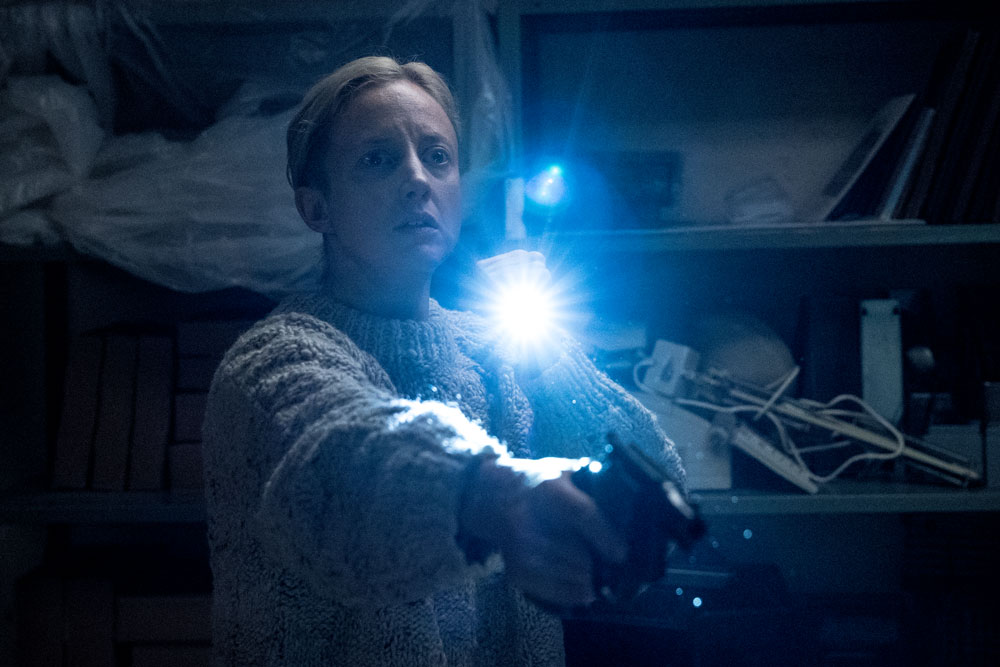 Ah, the lowly jump scare: Respite of the horror director without flair, the much-derided tactic has become emblematic of half-baked thrillers.

To be sure, many ho-hum horror flicks lean too heavily on the sudden appearance of a ghoulish face accompanied by menacing, meaningless aural clatter. However briefly, though, the tactic was marginally effective.

The dawn of the jump-scare era was heralded by two Japanese films and their American remakes. “Ringu” and “The Ring” were the better pair, but “Ju-On” and “The Grudge” are perfectly serviceable films as well; while the hallmarks of these films (sinister, stringy-haired children; endless television static and clicking noises) have become clichéd, the originals were powerful.

“Ju-On,” released in 2000 as the first chapter of a nine-film series, concerns a cursed house that drives its inhabitants to madness and murder. Stateside, “Ju-On” director Takashi Shimizu helmed his own remake, “The Grudge,” in 2004; it was a hit, spawning a pair of sequels.

That was 16 years ago, so it’s reboot time. This latest “Grudge” doesn’t mix much up from the original, following a series of unwittingly cursed folks through spats with angry ghosts. Fiona Landers (Tara Westwood) brings the curse, and its attendant ghouls, to a small Pennsylvania town after fleeing a spirit-soaked job in Tokyo. That’s bad news for her family, then for the realtor couple (John Cho and Betty Gilpin) who try to sell the house, then for the elderly couple (Lin Shaye and Frankie Faison) who move in, then for the detectives (Andrea Riseborough, Demián Bichir and William Sadler) who try to sort things out.

“Ju-On” was quite good, if not excellent; the 2004 “Grudge” was enjoyable, if not quite as good. This latest version is not enjoyable, and only fleetingly good. “The Grudge” ditches a linear narrative for a start-and-stop structure loosely united by one detective’s investigation. A straight line through would’ve been preferable; the viewer can’t attach to the cast as they all seem equally ill-fated (especially since we’re picking up after most of them are already out of the picture).

Unfortunately, writer/director Nicolas Pesce saddles his film with a bleak grittiness that is often simply dull. The cast can’t compete with the gloom; Jacki Weaver channels “Poltergeist” medium Zelda Rubenstein in an enjoyable supporting role, but no one else can keep up. The few moments of suspense and a handful of effective jump scares can’t balance a bleak experience.

“The Grudge” is now playing in wide release.