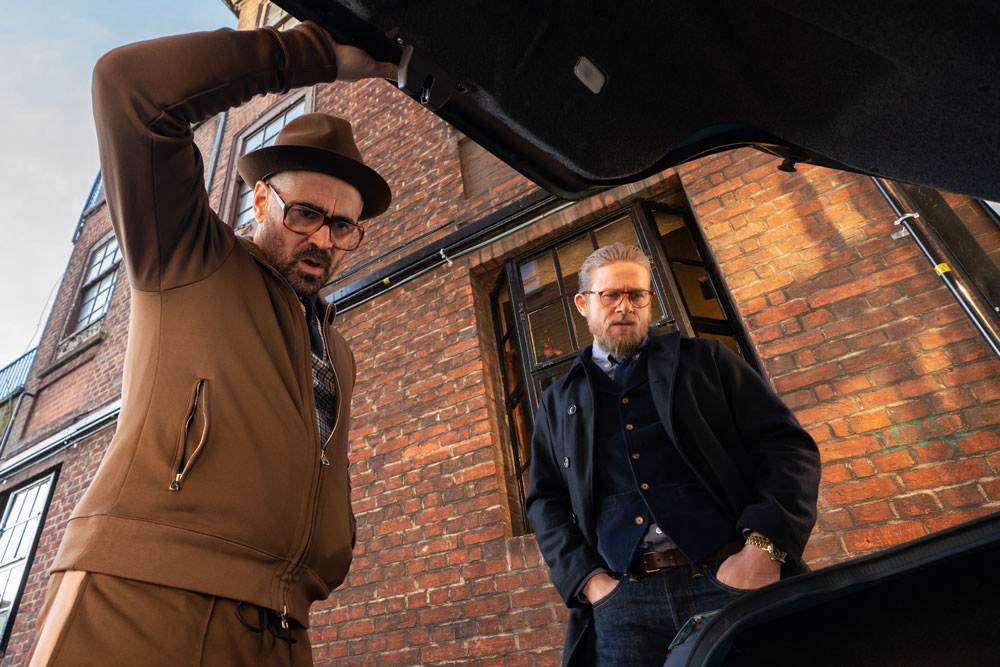 In “The Gentlemen,” director Guy Ritchie executes the exact kind of movie we already know he can do, armed with a cast of performers who are exactly as good as we think they’ll be.

It’s good enough. I can’t say I didn’t enjoy it.

I’m not entirely sure why anyone bothered, but here we are.

Ritchie has had an odd decade. After a pair of “Sherlock Holmes” movies that left no meaningful impression on anyone, he helmed an underrated update of “The Man from U.N.C.L.E.” and a soporific take on the round table, “King Arthur: Legend of the Sword.” Having presumably cashed a comically oversized take for reheating “Aladdin” for Disney, he seems to have felt emboldened to get back to his fast-talking, gunslinging roots.

“The Gentlemen” concerns a group of very masculine fellows in a well-regimented criminal enterprise. Mickey (Matthew McConaughey, playing it straight) operates a multimillion-dollar marijuana operation throughout the United Kingdom; he’s considering selling it to Matthew (Jeremy Strong) but has been having trouble with a rival syndicate and its petulant bulldog, Dry Eye (Henry Golding).

Most of the movie is narrated in a sort of speculative flashback by Fletcher (Hugh Grant), a charismatic private investigator. Fletcher has dropped in on Mickey’s consigliere, Raymond (Charlie Hunnam), to demand a payout in exchange for silence and a bounty of useful information.

Without this twist, “The Gentlemen” wouldn’t work; we’ve seen enough straight-line depictions of underworld behavior, on several occasions from Ritchie himself. The framing device wins thanks in large part to a delicious performance by Grant. He certainly doesn’t have the most screen time, but he undoubtedly carries the picture.

As for the mechanics — jarring gunplay, tense conversations, pseudo-intellectual banter — sure, it’s enough to keep you staring at the screen. It must be acknowledged that Ritchie’s crime capers enjoy toeing the line of offense in a number of areas; undoubtedly, “The Gentlemen” crosses that line into uncomfortable material on a number of occasions. (The obscenity is muted by the utter lack of point to any of it; it’s like watching a child raise his middle finger in school to see what the teacher says.)

So, 20 years after “Snatch,” is it worth walking into this distinctly Cockney underworld? Your mileage may vary. If the trailer excites you, you’ll probably have an okay time. “The Gentlemen” won’t, however, gain Ritchie any new devotees.

“The Gentlemen” opens in wide release on Friday, Jan. 24.