A merry sleigh ride careens off a cliff in the last moments of this holiday romance. 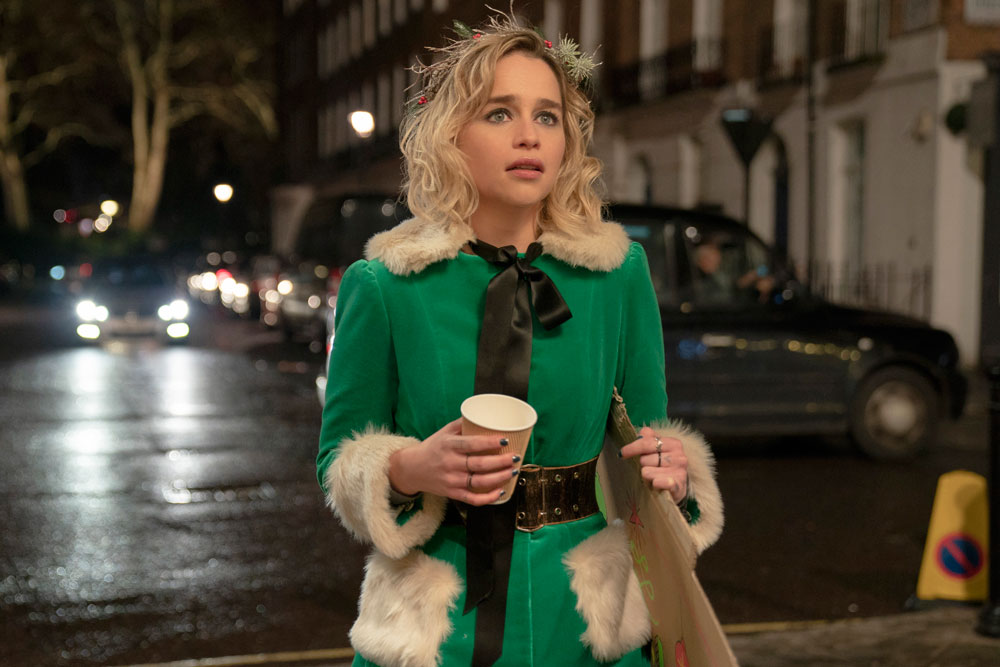 It’s not a spoiler to reveal that “Last Christmas” contains a late, major twist; Twitter has already developed several theories, most reviews contain the word “twist” in the headline and the entire movie telegraphs the fact that something unexpected is coming.

But when it hits … let’s just say I cannot repeat the uncontrollable expulsion of profanity that leapt from my mouth. Thank god the theater wasn’t particularly crowded.

Before its eleventh-hour buffoonery, “Last Christmas” is a serviceable — occasionally even enjoyable — yuletide yarn. Kate (Emilia Clarke) is a shiftless Millennial, scraping by as a full-time elf at a Christmas shop and sleeping on friends’ couches until her blunders land her back on the street. Her overbearing mother (Emma Thompson) hasn’t stopped fussing since a health scare the year before; her surrogate parental figure, a boss (kinda) named Santa (Michelle Yeoh), is beginning to tire of her antics.

Fortunately, she’s got a new flame with a flair for personal betterment, the impossibly jolly Tom (Henry Golding). He’s a bike courier and a volunteer at a homeless shelter, and — a gentleman amongst rogues — he’s more interested in helping Kate improve herself than in seducing her. What could go wrong?

Believe me: You have no idea. You think you have an idea, but the truth … again, wow.

Director Paul Feig can’t help but make a funny, charming comedy, and that’s often what “Last Christmas” is. Based in part on, and loaded with, the songs of George Michael, it’s an unashamed seasonal confection. It is the rare holiday movie that knows Christmas and its shiny accoutrements are tacky, choosing to revel in that fact rather than deny it. Thompson is hilarious; Clarke is irresistible. Golding is a bit much, but I’ll give him a pass.

Conceived — if you could call it that — and written by Thompson and the performance artist Bryony Kimmings, “Last Christmas” could’ve been a permanent resident in the holiday canon, had it managed to excise its preposterous reveal for something a bit more rational. As such, it might become a December tradition anyway. If you see this movie — which I don’t particularly recommend — spend the time between now and Santa’s arrival finding someone who hasn’t, and then get them to sit down for it. You’ll get to look at their face when the moment comes. Now there’s a recipe for a Merry Christmas.