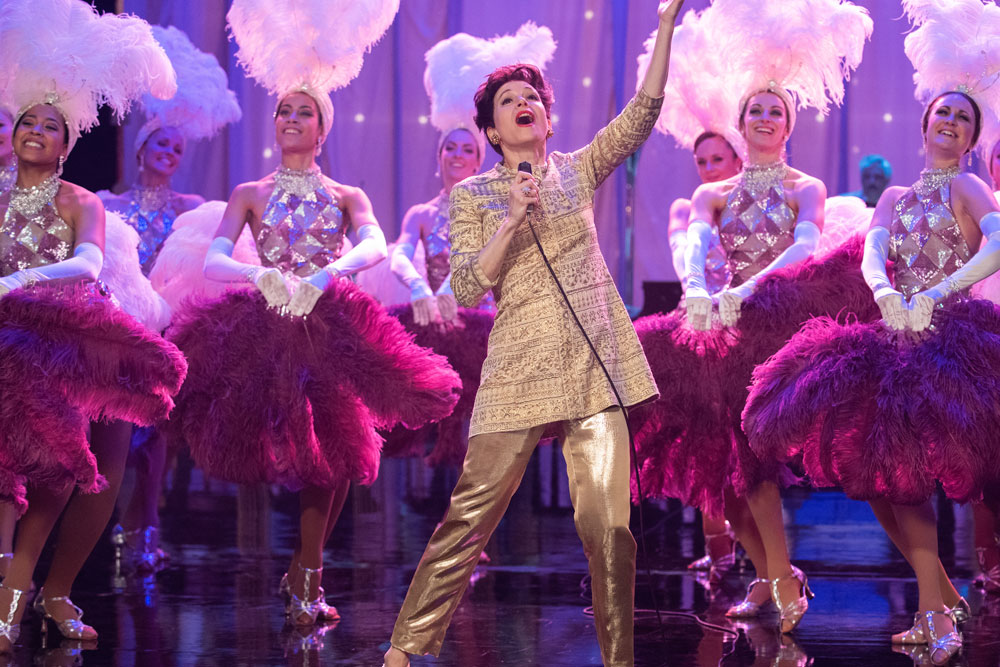 It is expected that a marquee performance in a prestige biopic should stand out.

Each Oscar season is littered with excellent biographical performances in OK movies. In the current century, 21 Oscar-winning leads have played real-life figures, a statistic that balloons when nominees are added (and becomes positively unwieldy when adding hopeful nominees who were justly snubbed).

In such an environment, it’s unusual that any particular portrayal stands out. We expect them to be good-to-great and see a boatload of them each year. How can any rise above the noise?

Yet Renee Zellweger, as Judy Garland, gives the best such turn in a good while. This is the new bar for biopic portrayals; if you can’t approach the level Zellweger hits in this film, spare me the for-your-consideration booklet. It’s a performance that renders lesser imitations irrelevant.

The film, “Judy,” mostly concerns the final comeback attempt for the Hollywood icon. Having burned plenty of bridges and more cash, the star is now performing a vaudeville-esque routine with her young children. One-nighters don’t pay the bills, so she’s forced to leave the kids with her ex-husband (Rufus Sewell) and accept an offer for a London residency.

She’s greeted by a doting assistant/fixer, Rosalyn (Jessie Buckley), a patrician theater manager (Michael Gambon) and plenty of press. It remains unclear, however, if Garland is up to the pressures of a large stage and a rigid schedule. She drinks; she takes an array of pills at an alarming rate; she avoids appointments and declines to rehearse. When opening night arrives, she seems petrified and tries to escape — a convincing show of distress that persists until she takes the stage.

The following scene is breathtaking. Garland seems to absorb energy directly from the boards — and, more meaningfully, the rejuvenating force of applause — and launches into an opening number that not only brings the house down, but should clue even skeptical viewers into the fact that they are watching something uncanny.

The film, as is often the case, is not quite the equal of the performance. “Judy” is good, but not great; an extended digression about Garland’s fifth husband, Mickey Deans (Finn Wittrock), fails to add any new shades to what is already a convincing portrait of decline. (Wittrock is good, though.)

Zellweger, however, is so utterly remarkable — moving, entertaining, furious, captivating — that it hardly matters. Give her the Oscar.