The 400-Word Review: In the Tall Grass

Netflix's shocker, based on a story by Stephen and Joe King, is twisty — but dark — fun. 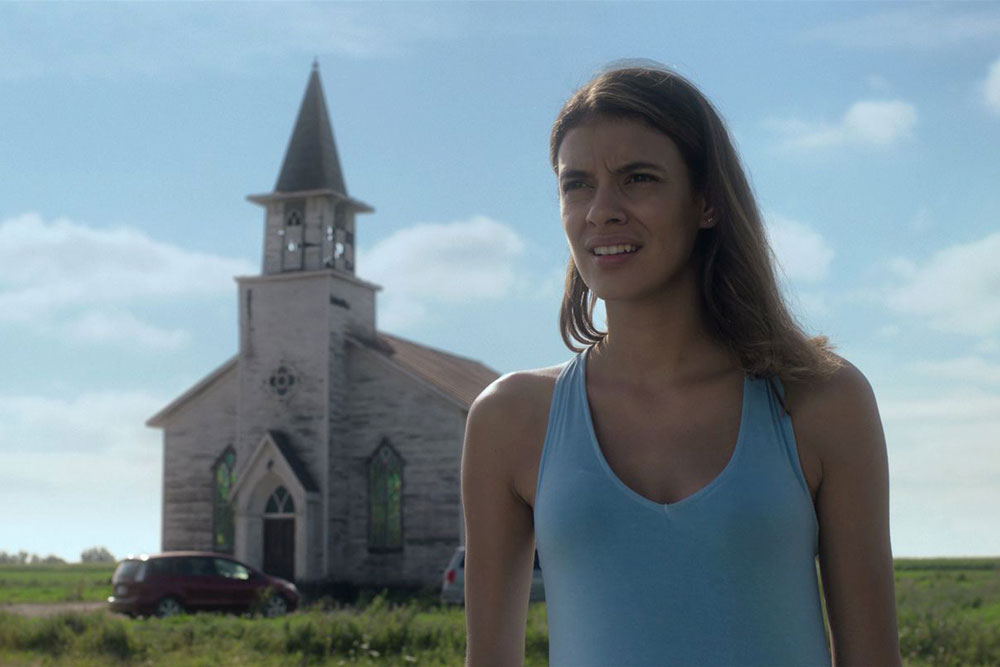 I remember reading “In the Tall Grass,” a novella by Stephen and Joe King, when it was published in 2012. I found it harrowing and vivid, particularly a visceral sequence late in the story (which I wouldn’t dare even allude to here) that left me shuddering.

I was skeptical, however, when a film adaptation was announced; despite tantalizing hints of backstory, the novella is mostly spent with heat-addled characters wandering around a field. Can you stretch that action to feature length?

The answer is a qualified yes. Vincenzo Natali, who adapted the story and directed “In the Tall Grass” for Netflix, has done a fine job extrapolating from the novella’s themes and characters and teasing out a robust and intriguing arc. It’s imperfect and a bit too long, but it works.

Becky (Laysla De Oliveira) and Cal (Avery Whitted), a brother and sister on a cross-country journey, pull over in rural Kansas and are stunned to hear a cry from a grassy field. The plaintive and oddly clear wails are from Tobin (Will Buie Jr.), who claims to be trapped in the weeds. Cal ducks in to retrieve him; Becky follows a few minutes later. But they can’t seem to locate the boy, no matter how close the calls seem; they also can’t find each other, even when desperate jumps above the grass reveal they’re only feet apart.

The mystery deepens when Tobin’s father, Ross (Patrick Wilson) turns up, offering aid to Becky and demonstrating a curious lack of fear at their reality-warping predicament. As he introduces the siblings to a towering, uncanny black rock — carved with vivid and often disturbing imagery — in the middle of the field, an already bizarre story takes several unexpected (and never fully comprehensible) turns. “In the Tall Grass” is an accessible bit of the subgenre known as the New Weird — visually stunning and intense, without a need to fully explain itself.

Natali has proven adept at both the unconventional and the unpleasant in the past; his science-fiction oddity “Cube” is close to brilliant, and his skin-crawling “Splice” is an underappreciated gem. With “In the Tall Grass,” he keeps an occasionally careening train on the rails amidst a lot of circuitous plotting — no easy task. Particularly with the scene where … whoops, almost forgot. No discussing that scene. Let’s just say that “In the Tall Grass” is definitely not for the squeamish.

“In the Tall Grass” begins streaming on Netflix on Friday, Oct. 4.