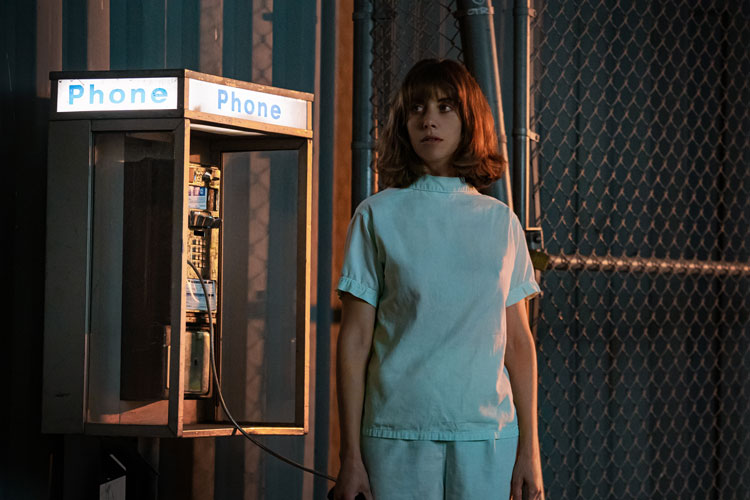 I think you should watch “Horse Girl.”

I’m not usually in the habit of starting a review with such a clear directive, but “Horse Girl” seems to require it. This is largely due to the fact that my hands are somewhat tied; to discuss the film at any great length or with any deep context would require spoilers I’m not willing to offer. I cannot, then, spend much time in this review telling you what I think “Horse Girl,” an original Netflix production, has to say or what it represents; the key discussion about the film is one we can’t have in this space.

Trust me, though: You should watch “Horse Girl.”

I’m also eager to start with a full-throated recommendation because, frankly, the film doesn’t read as a must-watch on paper; it’s a slow-burn mystery of sorts, a slow study of a sad woman. Sarah (Alison Brie) is a shy yet warm sales clerk, eager to chat with her co-workers (including one played, in a lovely turn, by Molly Shannon) at a humble craft store but tentative when it comes to initiating friendships or pursuing romance. Aside from devoted re-watchings of a pulpy, supernatural drama, her chief hobby seems to be visiting a horse that used to be hers but is now the mount of a tentative teenager. A new flame arrives on her birthday; unfortunately, his arrival coincides with a series of uncanny events.

See? I already can’t tell you what the movie is really about.

This is not a dry, mumblecore exploration of a flat character, however. Sarah is intriguing, sympathetic and likable, thanks to Brie’s excellent performance. In her capable hands, Sarah is a frantic, vibrant eruption of pained, complex life. Brie’s television work — she’s a veteran of three top-tier series, “GLOW,” “Community” and “Mad Men” — has always indicated the depth of her talent; “Horse Girl” proves her power.

She co-wrote the script, too, alongside director Jeff Baena. The pair have weaved a story that rapidly spikes in intensity in its third act; it’s unconventional and a bit jarring, particularly after an hour-plus of more muted action. Undoubtedly, there will be viewers who aren’t quite on board with where “Horse Girl” ends up (again, more aspects that I can’t discuss). I found its decisions disarming, though; we may not expect where this journey is taking us, but that may make the conclusion more powerful.