The 400-Word Review: Dolemite Is My Name 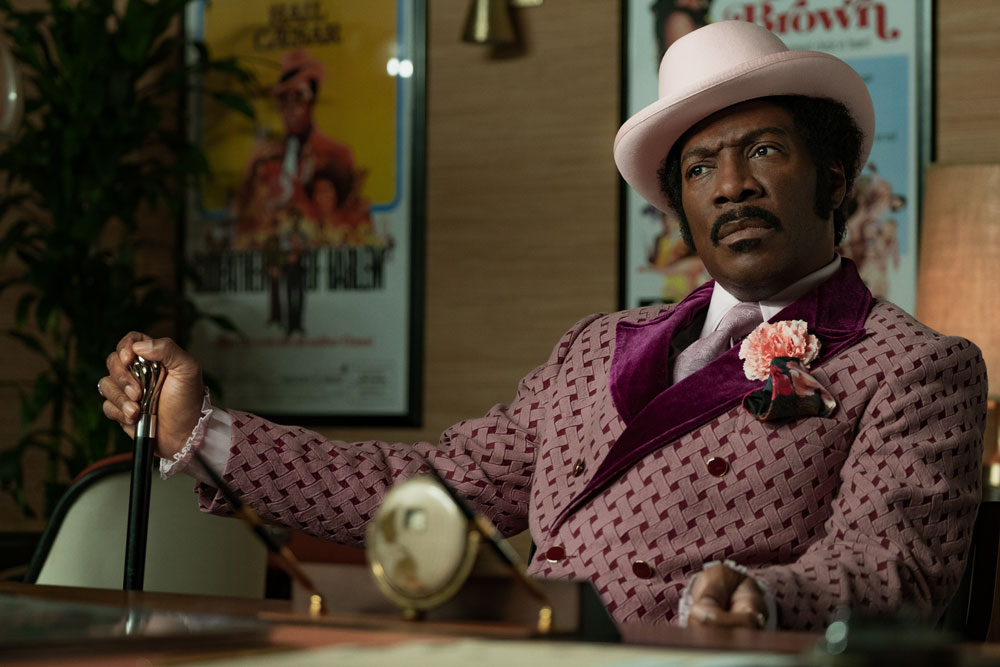 Don’t take that as a prognostication; I’m not sure if the comedy “Dolemite Is My Name” will herald a cultural moment for Murphy. Though a long-awaited return to “Saturday Night Live” and the rumblings of his first stand-up in decades are good signs.

No, I mean that this film marks the return of the actual Eddie Murphy. Not the Eddie Murphy restrained by providing the voice for Shrek’s wacky sidekick, who subsequently starred in family-focused bombs like “Meet Dave” and “Imagine That.” Nor is it the Eddie Murphy who aspired to Oscar greatness but responded bitterly to whiffing on his first nomination.

No, this is Eddie Murphy — the star of “Beverly Hills Cop,” the guy from “Raw,” the comedic powerhouse. That guy has been missing for a while. And whatever the merits and flaws of “Dolemite Is My Name,” it brought that Eddie Murphy back.

Beyond that, the film is a serviceable, occasionally funny biopic. Rudy Ray Moore (Murphy) launched an unlikely, middle-age comedy career by delivering routines culled from street patter and barbershop jokes in character as Dolemite, an over-the-top, angry rhymer. (His delivery has led many to regard him as a significant forefather in the evolution of hip-hop.)

Moore made the jump from stage to screen in 1975 with “Dolemite,” a self-financed, parodic action romp. This film traces Moore’s evolution, culminating with the rapturous reception for his cinematic debut.

“Dolemite Is My Name” is at its strongest when Murphy is allowed to perform as Moore, delivering deliciously vulgar nightclub routines to howling audiences. It has moments of comedy beyond those — a loaded cast features Craig Robinson, Titus Burgess, Da’Vine Joy Randolph, Wesley Snipes and more — but is more concerned with Moore’s journey than mining laughs.

It is not interested in much of a deep dive. The script is by Scott Alexander and Larry Karaszewski, whose rambling resume includes Oscar hopefuls including “Big Eyes” alongside stale-popcorn fare such as “Goosebumps,” though they’re probably on board here because they wrote “Ed Wood.” They bring up issues — Moore’s appropriation of extant jokes, the … complicated treatment of women in the “Dolemite” films — but have no interest in taking a stand. Workmanlike director Craig Brewer seems to share that reluctance.

With Murphy — the real Eddie Murphy — as a true believe in the film, however, it works. Not perfectly; not overwhelmingly; but sufficiently.

“Dolemite Is My Name” will be available on Netflix on Friday, Oct. 25.