The series revives with a refreshing focus on light, fun action. 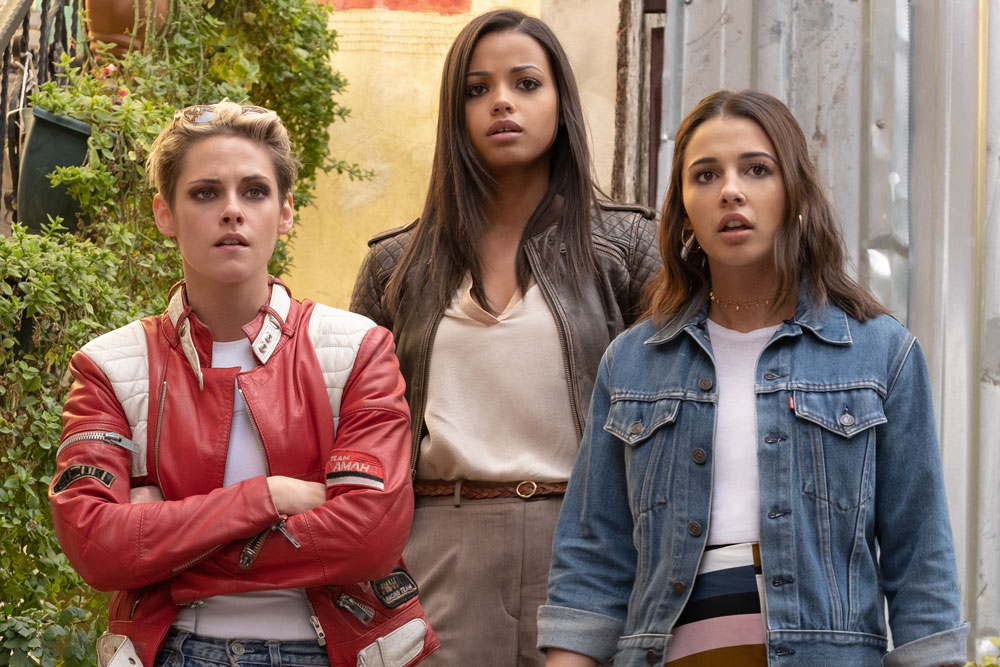 Throughout the ’10s, the better attempts at popcorn action cinema — a category headlined by those films that were Fast and/or Furious — are those that remembered this stuff is supposed to be fun. In the prior decade, dudes like Bourne and Reacher convinced audiences that action was supposed to be bleak and gritty. In recent years, we remembered that stories involving super spies, urban car chases and clandestine global conspiracies are inherently ridiculous.

Fortunately, the continuation of the “Charlie’s Angels” franchise keeps that in mind. This indirect sequel — it’s all very loosely connected — doesn’t strive for anxious, the-world-is-on-the-line drama or rain-soaked ruminations on violence.

Why bother when we can be staging quip-filled brawls in cocktail attire?

Bosley (Patrick Stewart) has just retired as the de facto head of the crime-fighting Townsend Agency, handing the mantle over to … Bosley (Elizabeth Banks). (It’s revealed — or re-explained, I’m not up on my Angel history — that Bosley is a rank, not a name.) One of the immediate points of concern: Elena (Naomi Scott), a top-level scientist at a global tech company, has just discovered the new tech she’s been working on can be hacked to create a deadly weapon. She tries to blow a whistle; the company responds harshly.

The fights are deployed as frequently as the new outfits. Pleasantly, “Charlie’s Angels” — directed and written by Banks — dispenses with some of the usual genre trappings. There are no romantic subplots here (I thought I picked up on chemistry between Sabina and Jane, but that could’ve just been Stewart’s baseline energy), nor is anyone revealed to be anyone’s parent, sibling or ex-lover. Banks trusts her cast to sell the characters without a need for overwrought origins or irrelevant sidequests.

The film does offer a few too many plot developments — who’s working for who, who was the real mole, that sort of thing — which certainly adds a bit of drag and an overabundance of exposition (which is not Banks’ strong suit as a writer). Those flaws, however, aren’t fatal. “Charlie’s Angels” is a pleasant, crowd-pleasing night at the multiplex and nothing more — because it doesn’t try to be. How refreshing.