The 400-Word Review: Between Two Ferns: The Movie

The web series might've been better served by a more unconventional film, but the results are funny enough. 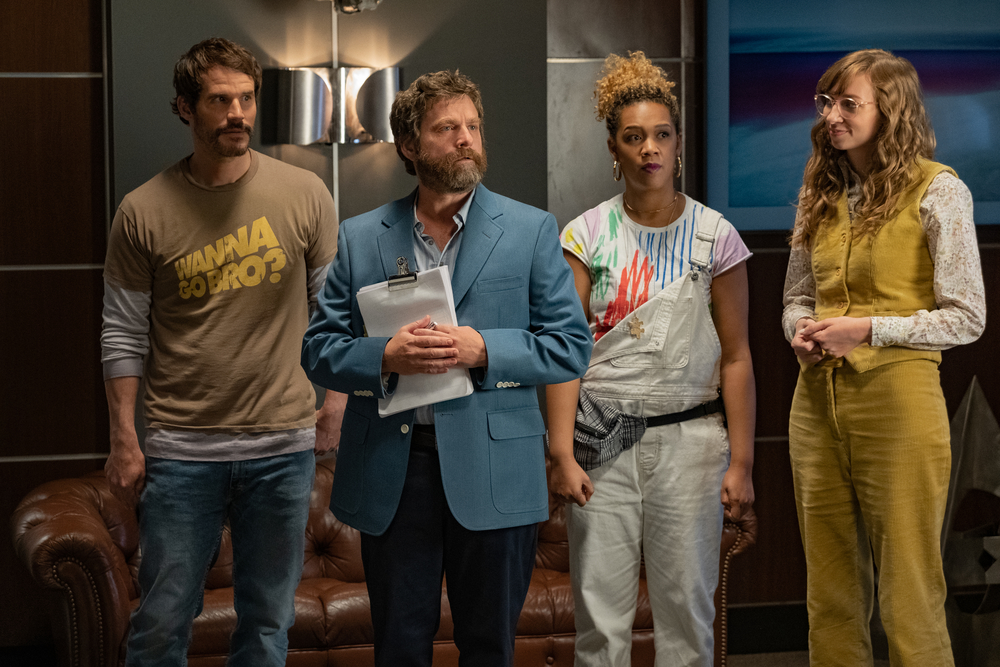 I’ll be honest: I just wanted a 75-minute episode.

Zach Galifianakis’ web series, “Between Two Ferns,” is a far more sophisticated product than it might appear at first glance. The simple format — a lo-fi talk show in which Galifianakis roasts his famous guests — belies both an effective satire of the genre and a brilliant, precise use of comedic discomfort.

The high-water mark of the show, which aired on the website Funny or Die, was a two-part series featuring a parade of 2013 Oscar nominees. Eleven minutes were spent with nominees cycling through the small studio, culminating in a spirited scrap with Galifianakis’ “Hangover” co-star Bradley Cooper.

There’s a lot of real estate between 11 minutes and feature length, to be sure, but when “Funny or Die: The Movie” was announced, I sincerely hoped it would just stretch the Oscar episode to an hour-plus string of awkward chaos. Alas, even Netflix’s relatively adventurous film division was apparently not brave enough to give the green light to a one-set, visually monotonous feature.

I suppose I could watch every episode of the original series back-to-back, but it’s just not the same.

In any case, the long “Between Two Ferns” is still enjoyable enough. There are plenty of interviews — David Letterman, Matthew McConaughey, Brie Larson and Chance the Rapper are among the 20-plus celebs appearing as themselves — which alternate with a less inspired frame story that follows Galifianakis on a cross-country pursuit of a “real” network show.

The good news: It’s often quite funny, and not only during the ample talk-show bits. The script, by Galifianakis and podcast kingpin Scott Aukerman (who also directs), is sharp and often smart, bringing life to the somewhat tired structure. The presence of world-class talent Lauren Lapkus, as Galifianakis’ (fictional) second-in-command, is a lifesaver; she both gives the lead a comic equal (or, often, better) to play off of and adds sincerity to a project that is otherwise lacking in it.

There’s no intrigue in the arc, however, and anytime “Between Two Ferns” is not in the studio, you’ll be wishing for a cameo to spice things up again. Aukerman and company — and again, Lapkus is probably the MVP — do a solid job making a regular movie out of a web series. Instead of trying to make it fit a normal structure, however, they should’ve probably let it be what it is.