600 runners took to the North Shore to raise thousands for charity. Along the way, two of them got engaged. 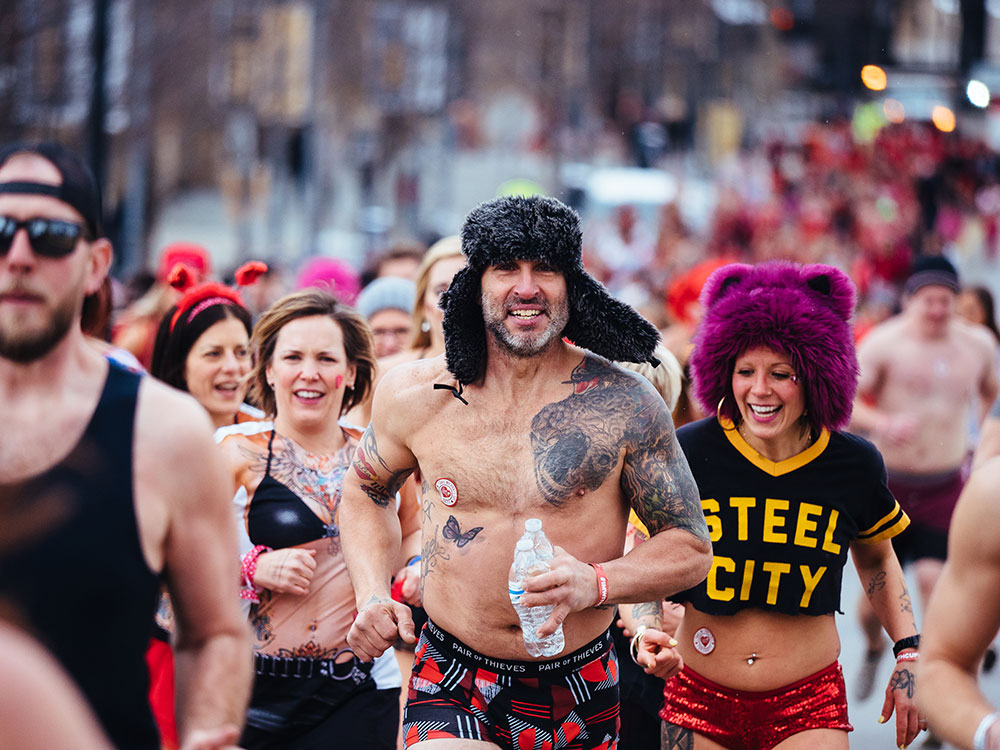 Saturday’s weather wasn’t exactly ideal for a run in your underwear.

But temperatures barely above freezing did not deter more than 600 runners from taking part in the 6th annual Cupid’s Undie Run on Pittsburgh’s North Shore.  The one-mile run helps to raise awareness and find a cure for neurofibromatosis, a genetic tumor condition affecting one in every 3,000 children.

“We take off our pants for charity and run with those affected in solidarity,” says race director Nikki Boros of Beaver.

“It’s a little risqué being in our underwear, but it definitely draws attention to neurofibromatosis, a disease no one would have heard of otherwise,” adds Zelienople resident Brooke Molde.

Mars resident Cassidy Wozniak notes she and her friends have been coming to the Cupid’s Undie Run since its start in Pittsburgh.

“My parents used to get so mad about seeing me in my underwear on the news or social media,” she says. 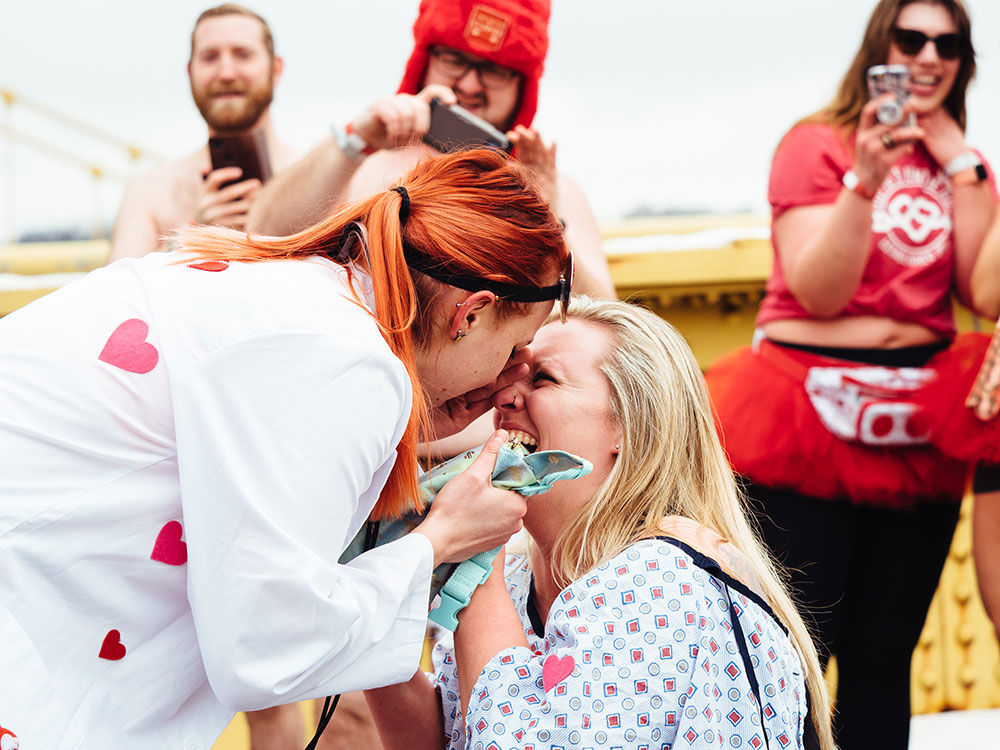 The run started and ended at McFadden’s, with participants running around PNC Park, across the Roberto Clemente Bridge and back to the North Shore. In the middle of the race, Morgantown resident Theresa Maxon proposed to Marcie Koenig, of Pittsburgh, on the Clemente Bridge.

Maxon was wearing a patient costume while Koenig was dressed as a doctor. The two were crossing the bridge backs towards PNC Park when Koenig spotted signs Maxon had friends holding that read “Marcie, keep running! Will you marry me?” Maxon then dropped to one knee and proposed.

Cupid’s Undie Run is partnered with the Children’s Tumor Foundation. All money raised through the event goes directly to the foundation.  This year, the race raised $134,326 for neurofibromatosis.