The award-winning director/producer returns to the city where he spent part of his childhood with Singani 63. 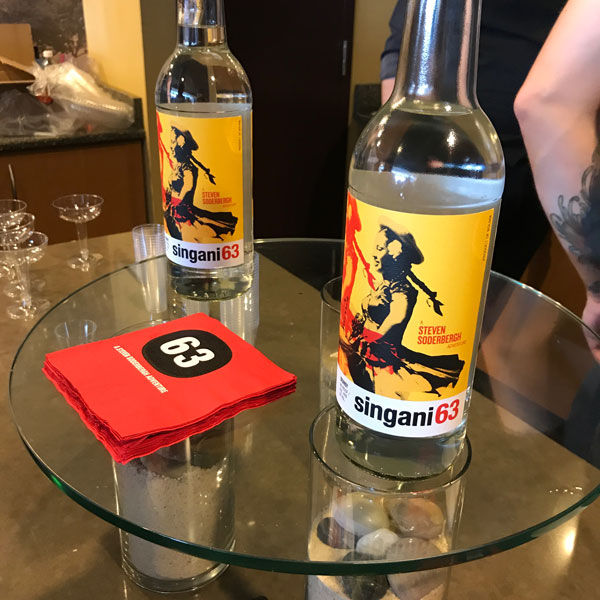 Steven Soderbergh, award-winning director of films such as Traffic, Erin Brockovich and Magic Mike, as well as the television series The Knick, last Sunday joined members of the Pittsburgh and Philadelphia chapters of the United States Bartender's Guild in a luxury suite at PNC Park to watch the Buccos defeat the New York Yankees and, more importantly, to introduce the bartenders to his signature booze line: Singani 63.

"Most people have never heard of it. But it has a 500-year legacy that you can talk about,” Soderbergh says.
​
Singani is the most popular spirit in Bolivia. It currently is classified by the Alcohol and Tobacco Tax and Trade Bureau (TTB) as brandy, though Soderbergh now is working to create a new category for the spirit because of its unique qualities. Singani must be distilled from a single-origin grape — Muscat of Alexandria — that's grown at over 5,200 feet of altitude in the Bolivian Andes; singani also is distilled at the high altitude.
​
Soderbergh was introduced to singani in 2007 while he was in Bolivia filming the biopic Che. He quickly was smitten with the spirit, but later discovered that nobody exported to the United States, a roadblock that would make his continued enjoyment of singani significantly more difficult. He signed up to change that — no easy task — working with the Bolivian distillery Casa Real to bring Singani 63 to the United States. "I've learned the hard was that if there's an idea that's in the aether and you don't move on it, someone else will,” he says.

“I'm just trying to champion something someone else did and move the narrative from Bolivia to here. I never get tired of telling this story,” he adds. 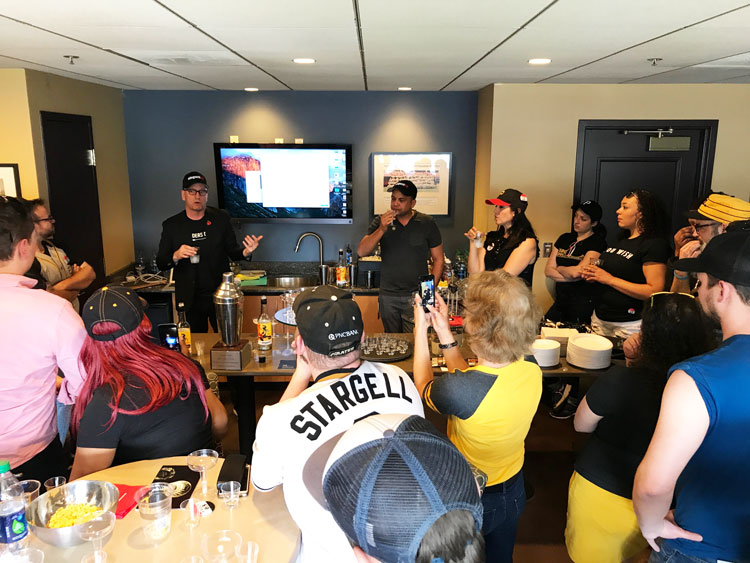 None of this matters, of course, if the spirit isn’t tasty; “Celebrity hawks a signature line of booze as vanity project” is old news. Only a few of them, such as Sammy Hagar’s Cabo Wabo tequila, live up to the hype. Count Soderbergh’s project among that group.

The spirit has an intensely floral nose, a product of the grape’s thick, aromatic skin. The florality still is noticeable on the palate, but it’s balanced with notes of pepper, green herbs and a tinge of acidity. It finishes smooth and lingers a little longer than other similar spirits such as pisco. Soderbergh touted its versatility in cocktail-making; USBG Pittsburgh members demonstrated that when they prepared batches of peppy, potent daiquiris and Cosmopolitans for the group.
​
Soderbergh, who spent his formative years in Pittsburgh (and overlapped time a Shadyside primary school with legendary cocktail writer David Wondrich) seems to be thrilled to be both importer and brand ambassador for the spirit. "When you make a movie, it can be really dark and serious. This isn't supposed to teach you anything. It's about fun and connections,” he says.

Singani 63 currently is served a limited number of Pittsburgh bars — täkō and Casbah have it in stock. If the reaction from the Pittsburgh and Philadelphia bartenders is any indication of the spirits future in Pa., drinkers will be able to find it at many other bars shortly, too.