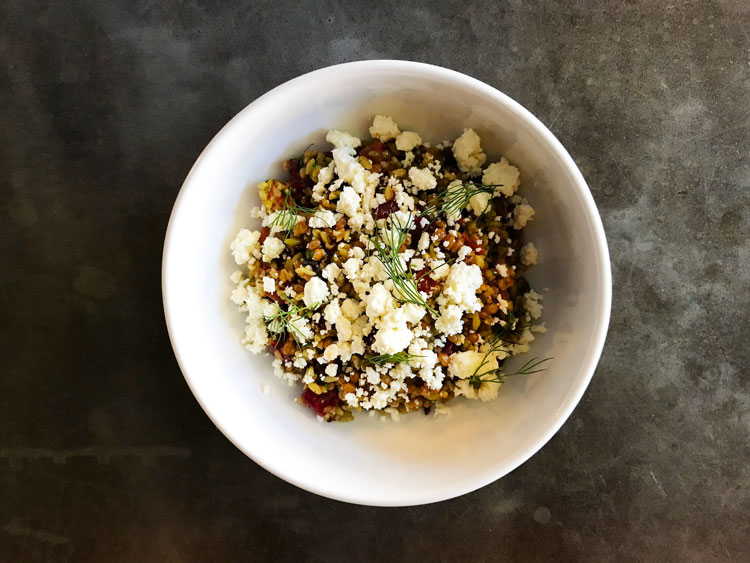 Pittsburgh’s nighttime offerings have expanded at a rapid rate over the last few years, yet options for casual, chef-driven lunch service remains lacking. A few newer destinations such as DiAnoia’s Eatery and The Café Carnegie come to mind, and a handful of established restaurants such as Casbah and The Vandal also fit the bill, but the pickings sometimes still feel slim. The emergence of Station’s lunch — especially since it’s located in Bloomfield — is a welcome addition to that lineup. 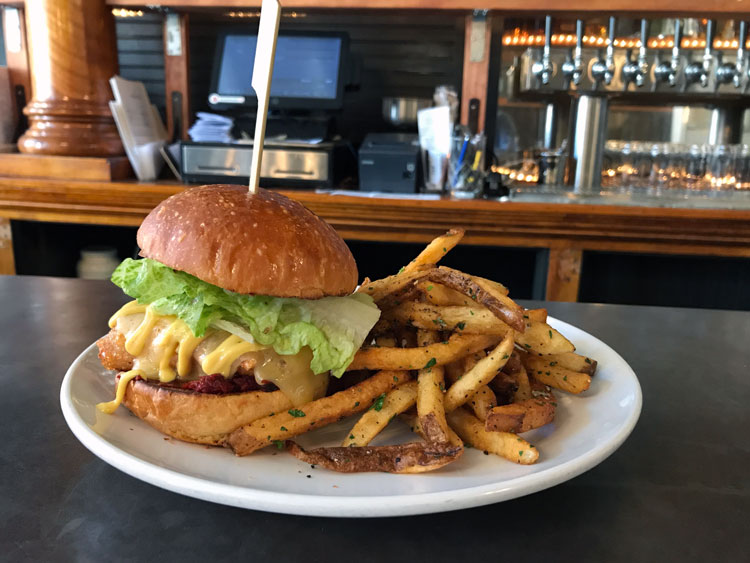 “Local Grains,” a blend of freekeh, bulgur and farro served with beets, rhubarb, house-made cheese and curry-maple vinaigrette, was outstanding in its mix of savory, sweet, salty and starchy when I tried it last week. Fast-food lovers should consider bypassing the nearby Wendy’s and instead try Gamble’s crispy chicken sandwich. Crusted with tapioca starch, topped with melted Havarti, honey mustard, tomato jam and lettuce that is both crisp and tastes like something, it’s a much better choice than the chain.

Lunch at Station includes a significant number of vegan and vegetarian options. In addition to the grains, there are three thoughtfully constructed salads (which I’m sure will get even better as we move into the growing season; Gamble purchases the majority of his produce from Pittsburgh-area farmers), two pasta dishes, a vegan Sloppy Joe and a roasted mushroom sandwich that all are meat-free. 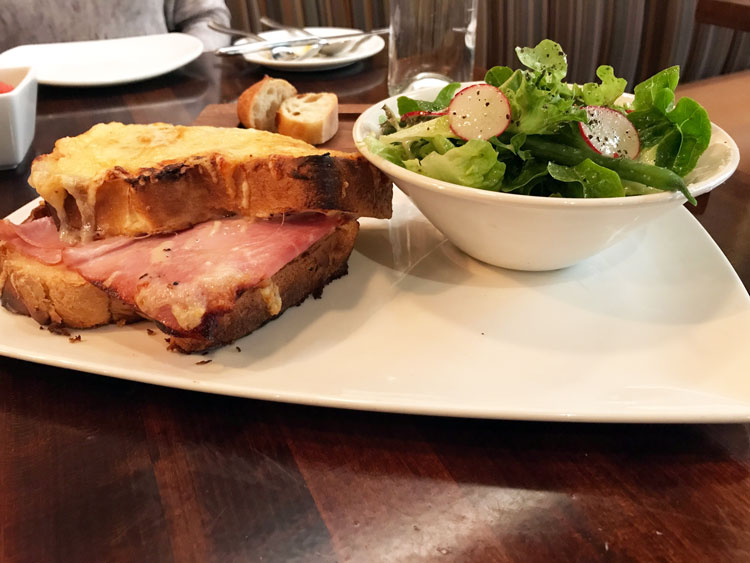 The color scheme has shifted a bit, but the restaurant’s design otherwise remains largely unchanged from last year’s Sonoma Grille remodel. For example, the restaurant’s signature mural — a vivid vista of Sonoma County’s wine country — still is an eye-catching draw. I suppose one could just call it “French Wine Country” instead and nobody would mind very much; the “Sonoma Grille” brand on the bill holder handed to me at the end of the meal felt a bit more like a small-details holdover ready for replacement.

On my initial visit, I got the feeling ownership doesn't entirely trust that Pittsburgh is ready for a full French immersion. The menu, for instance, is peppered with transliterations [Grah-Tin-Nay. Po-Ahr Eh Bleh. BOOR-GEE-NEE-ON; maybe I’m supposed to shout that one?] of dish names.

Perhaps if I did shout it with joie de vivre, our server might have skipped telling my friend and I we needn't be intimidated by the French menu (we weren’t), that this really was just good old familiar country-style food and that Croque Monsieur was nothing but a fancy ham and cheese (but even better because “the grilled cheese is on the outside”).

I hope this is just a bit of an early awkwardness and that a little more faith in its customers —  it’s ok to nudge us forward instead of bending backward to explain everything —  is in the works. If that happens, Le Lyonnais could become a flagship destination for Big Y Group. Pittsburgh’s French restaurant options are scarce and much of what I sampled from the menu was quite good. There clearly is a lot of heartfelt thought that went into menu development. 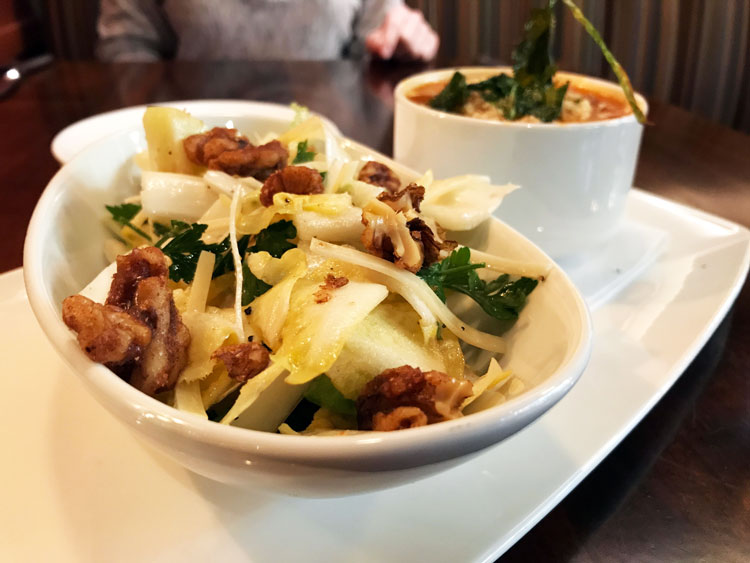 As for that “fancy grilled cheese”? It’s very good. I would have liked another slice or two of the excellent ham, but otherwise enjoyed the decadent bechamel and Gruyere combination and the lighter-than-expected brioche. It’s served with a fresh side salad, which, like the Five Points baguette, demonstrates an attention to detail that extends to the edges of the plate.

If there’s more of that, and less of the browned, overcooked omelette filled with undercooked vegetables that’s served with a fruit salad that looks like it belongs at the same hotel buffet you should send this omelette back to, we could be in for a treat.

Trust that Pittsburgh wants to go down this path with you. Don’t hold our hands and tell us not to worry. Give us a soft, satiny French omelette. We’ll be happy that you did.