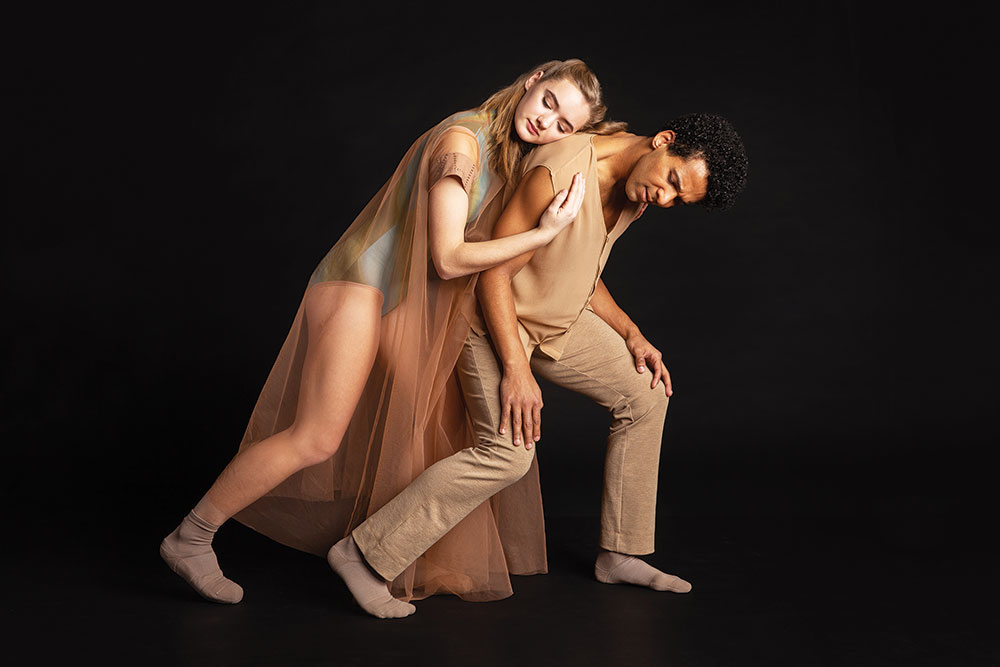 “He asked if I wanted to choreograph a piece for PBT,” Pearl says. Her reply, “I would be honored.”

“I’m always looking for the best pieces for the dancers, the organization and the patrons,” says Orr, noting that he especially enjoys the troupe’s annual showcase at the August Wilson Center, a venue that celebrates the contributions of black artists. Pearl had been on Orr’s radar for several years, and he reconnected with her at Abraham’s suggestion.

“Staycee is the perfect fit,” says Orr, noting he’s impressed with the structure and movement aesthetic of her contribution. 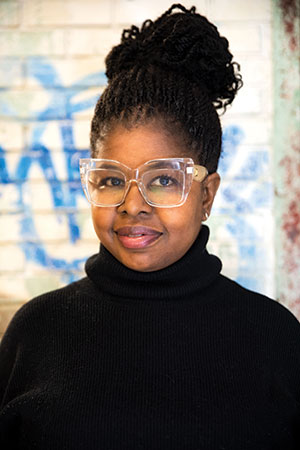 Pearl, whose works often center on social and political subjects, translated her ruminations on the Middle Passage for “Skin & Saltwater.” She juxtaposed ideas driven by the trauma of the U.S. slave trade into a magical imagining of a newly captured couple, who rather than face the unknown, chooses to jump overboard into the sea, where they live under the surface as magical sea creatures in love. Her husband, sound designer Herman “Soy Sos” Pearl, arranged the sound.

Rehearsals began in mid-October, while Pearl, who lives in Shadyside, was guest artist-in-residence at the ballet’s school. As a black woman working with a predominantly white troupe, she says she feels pressure to succeed.

“I’ve had bouts of anxiety and had to calm myself down. I had fun — but there was a learning curve to work faster and make decisions quicker,” says Pearl, who typically enjoys a leisurely creative process with her contemporary dance company, Staycee Pearl dance project & Soy Sos.

A former gymnast who studied ballet at professional institutions including the Alvin Ailey American Dance Theater, Pearl choreographs from a contemporary movement palette. She’s developed “Sol,” a movement practice, philosophy and training system inspired by deep soul music. She challenges her cast with earthier pliés (knee bends), different use of breath and by emphasizing a connection between the tailbone and the crown of the head. “By the looks on some faces — some dancers think it’s weird, while others are eager and excited,” she says.

For first-year apprentice Grace Rookstool, the rehearsal process has been challenging as Pearl’s choreography demands stamina.

“I’ve learned to be patient with myself — I didn’t ‘get’ it right away,” she says. “The movement is very different from what I’m used to.”

Pearl strives to create a universal connection through her works and values the Pittsburgh Ballet Theatre gig as an opportunity to expand her artistic visibility.

“For me, it’s communicating — touching people emotionally and changing the world,” she says.

This article appears in the March 2020 issue of Pittsburgh Magazine.
Categories: Arts & Entertainment, Things To Do