Hundreds of miles from the nearest ocean, a lighthouse in Pittsburgh invites you to question the concept of time. 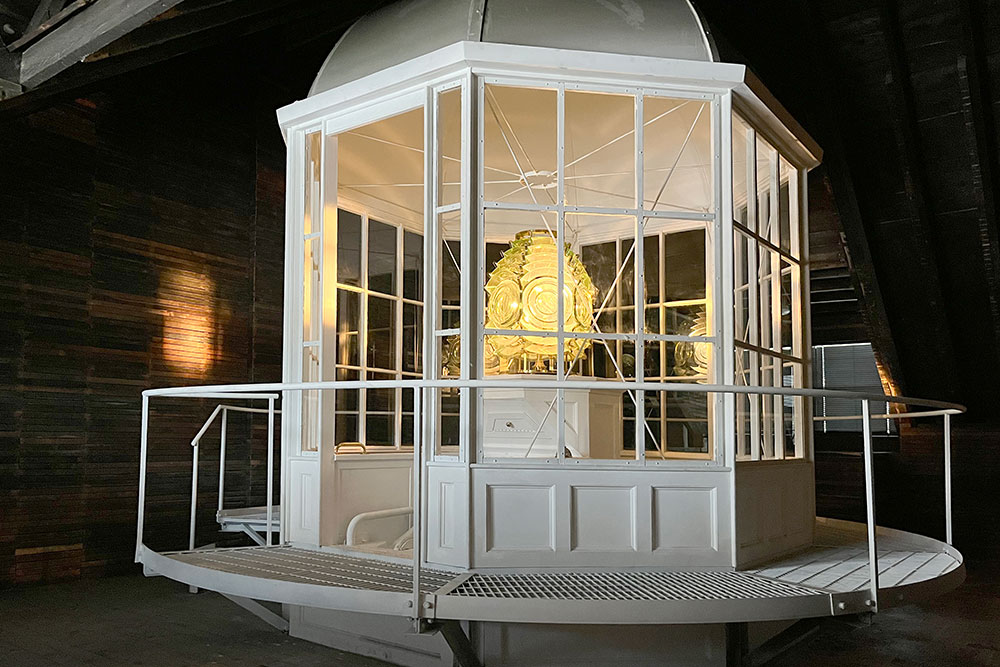 On a quiet, residential street in Troy Hill, you’ll find an ordinary-looking home with a fully functioning lighthouse holding up the structure, 382 miles away from the ocean.

Darkhouse Lighthouse, the third installation of the Troy Hill Art Houses, opened to the public in the fall, carefully crafted and articulated by artists Lenka Clayton and Phillip Andrew Lewis over four years and commissioned by Evan Mirapaul, the force behind the trio of art houses he began shaping in the early 2010s.

Mirapaul, who was inspired to re-imagine the homes of Troy Hill into public art after a trip to Japan, came to Clayton and Lewis for Darkhouse Lighthouse as the artists, who run a gallery out of their studio, Gallery Closed, in Troy Hill, had expressed interest in working with him. Mirapaul’s first art houses, La Hütte Royal and Kunzhaus, are located within mere blocks of Darkhouse Lighthouse and feature the work of Thorsten Brinkmann and Robert Kusmirowski, respectively. 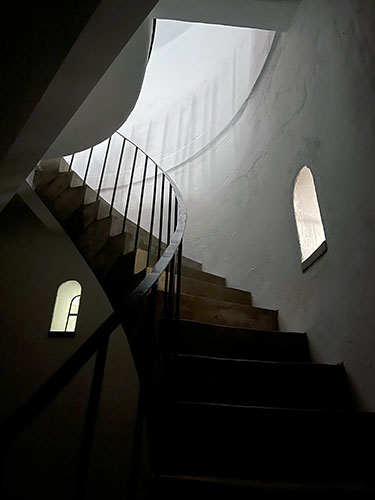 The old house — once damaged by fire — was in need of a loving restoration, and that’s when the trio stepped in to create a piece of art. Once you step inside, you’ll come face-to-face with the outer structure of a black-and-white striped lighthouse, standing tall to the roof of the four-level home, with the ever-present sound of a foghorn in the distance as you make your ascent.

“I think one of the things that helped us lock onto this house was that it was in the worst shape because of the fire,” Lewis says, “and that sort of lent itself to the opportunity to do something radical with the architecture without destroying or erasing too much of the structure.”

“Initially, we had imagined single rooms,” Clayton says. “It took a while into development to come to this singular idea [of a lighthouse]. We were really excited about something that you went through and you couldn’t rewind back through, so something that had a singular path.

“We also wanted something that would have a complete experience, so it wasn’t fragmented moments, but the whole piece was one narrative or one environment that you were moving through different phases of.”

You’ll climb the lighthouse’s spiral staircase until you reach the keeper’s quarters, which is filled with items that Clayton and Lewis collected from coastlines in spots from New England to Cornwall, England, where Clayton grew up. The quilt that lays on the bed, which is full-size despite its curvature, is made from signal flags from 27 shipwrecks. The top of the lighthouse features a working Fourth Order Fresnel lens — the fourth largest possible lighthouse lens size — custom-made by the last lighthouse lens maker in the United States. After you take a moment to view the rotating lens, you’ll head through a garden behind the house and exit back onto the street. 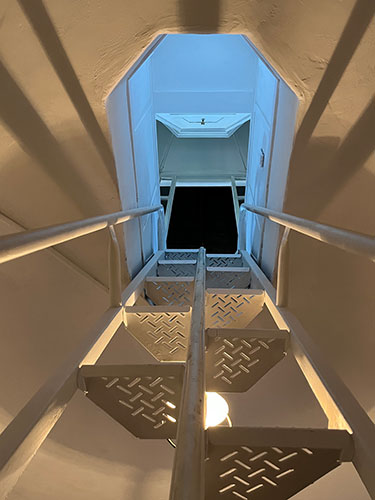 Coinciding with another one of their projects — an 8-foot bronze plaque outside of their gallery in Troy Hill that discusses the past, present and future of its location — the team conducted research on the area before setting to work. Clayton and Lewis explained the significance of a lighthouse to the Troy Hill area: The whole area was underwater 600 million years ago. While the idea of a lighthouse in the hills of outer Downtown and hundreds of miles away from the ocean is “absurd,” as the team put it, “it’s a logical moment depending on how far you step back to look at it,” Clayton says.

“I feel like Darkhouse Lighthouse, in a hundred ways, is about time,” Mirapaul says. “The work asks you to think about that. It is of unclear time.”

Clayton and Lewis agree. “There’s this present moment experience, like you coming up to this regular-looking house on a residential street, and you walk in and it’s one thing you didn’t expect after another. So there’s this sort of disorienting experience of time as you go through it,” Clayton says. “And then there’s this idea of the future. Is it beckoning the ocean? Is it waiting to receive the ocean?”

While the three arthouses are separate structures, Mirapaul explains how they synergize with one another.

“I think when people have a chance to see all of the houses and let the idea of the whole project sit in their head, it’s very clear they’re all related somehow, but they’re all very much their own person,” Mirapaul says.

TROY HILL ART HOUSES
Darkhouse Lighthouse and the other Troy Hill Art Houses are open to the public by appointment only and at no cost.
troyhillarthouses.com

This article appears in the January 2023 issue of Pittsburgh Magazine.
Categories: Things To Do