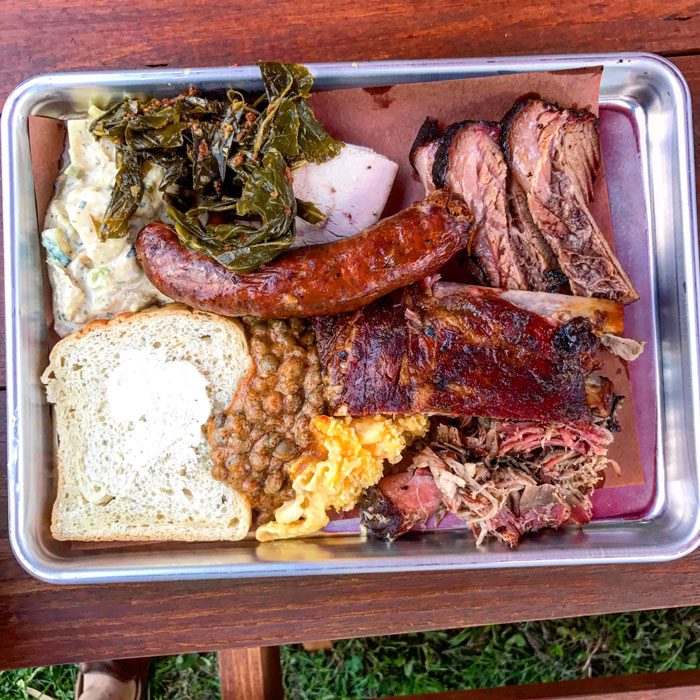 Chris Frangiadis, executive chef of Spork in Bloomfield, found himself inspired to bring Texas-style barbecue to Pittsburgh after eating a meal in Austin at Franklin Barbecue.

"It's something I thought was really lacking in Pittsburgh. The barbecue scene up here is not so good,” he says.

He’s not far off the mark; although Pork & Beans Downtown does a knock-up job with smoked ribs, turkey and (as least on my most recent visit) brisket, there still is plenty of room for killer smoked meats in Pittsburgh.

Starting this weekend, barbeque lovers can head to the lot adjacent to Spork for a twice-weekly dose of SporkPit BBQ. Frangiadis and his team prepare an array of smoked meats and sides on Wednesdays and Saturdays, and sell them “from noon until we run out.”

It’s all in preparation for a permanent home for SporkPit BBQ; in approximately three months, Frangiadis will move the whole operation down the block to a large-patioed site that also will include a 30-seat lunch counter.
​
Frangiadis’s smoker was custom-built in Houston and hand-delivered by its maker, Robert Pearce, a few weeks ago. The chef is following a pretty straightforward method to prepare the meat. He says that he experimented with a handful of rub blends — and found a custom mix that he likes. He’s hitting the pork and turkey with a few spritzes of apple-cider vinegar during the smoking process. He’s using a blend of oak and cherry woods to flavor the meat. And that’s about it. 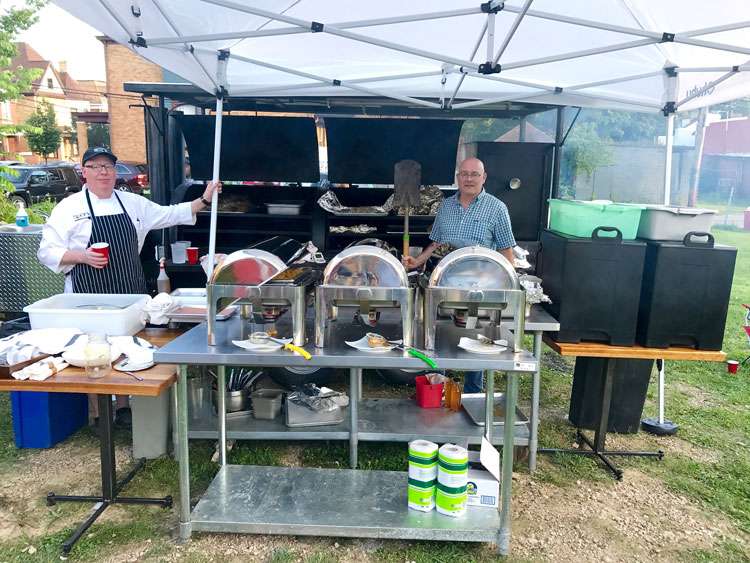 I sampled the barbeque at a preview event this week and enjoyed what I tried, so much so that I'm pretty sure I’m going to have to spend more time at the gym if the quality keeps up. The brisket was tender and smoky with a nice layer of fat, pulled pork succulent, sweet and with enough bark to add texture and savory satisfaction and the ribs, which could have stood a longer run in the smoker, still were quite enjoyable.

I appreciated the house-made sauces and sides, too. In fact, Frangiadis’s wife, Marilu Castroadames, a chef of Dominican descent, won the day with her preparation of Pigeon peas. Baked beans are nice and all, but I’ll take this piquant, luscious and aromatic side dish over the common, syrupy legume preparation all the time. (I’ll probably also visit SporkPit just to get a bowl of these in the next week.)
​
Frangiadis says that he uses Spork as a platform for experimentation, but diners should expect the SporkPit menu to remain relatively consistent.

[Editor’s note: It is our editorial policy to follow official Pittsburgh neighborhood map guidelines. According to those guidelines, 5430 Penn Ave. is located in Bloomfield and there we have listed it as such. We recognize that many in Pittsburgh consider this location to be culturally and colloquially part of Garfield.]