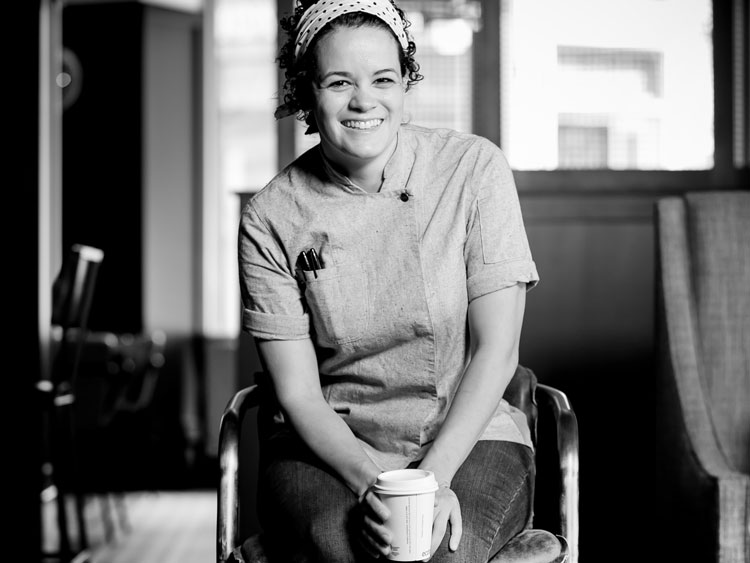 “It’s been 2 years since I joined the S+P restaurant group. During this time, we got to cook in over six cities, raised money for causes dear to my heart and had an incredible amount of fun, while maintaining our restaurant as one of the best in our city. Time has come for me to pursue new opportunities,” she wrote in an Instagram post.

S+P Restaurant Group chef and co-owner Brian Pekarcik will return as Spoon’s executive chef. He opened the East Liberty restaurant in 2010. “I’m going to get back in the driver’s seat and take control of the day-to-day operations again,” he says.

Pekarcik says that, for the foreseeable future, the menu format and many of the dishes will remain the same as they were with Borges at the helm. He’s also looking forward to stepping back into a mentorship role in the restaurant’s kitchen. “Our staff at Spoon is younger and they’re hungry to learn. I’m be exciting to teach cooks with so much potential,” he says.

Borges next move will be announced soon. Check back with us for the update.

Borges will become executive chef of Hidden Harbor and the Independent Brewing Company in Squirrel Hill, as well as the to-be-named project that the ownership group will open in the East Liberty space formerly occupied by The Livermore.

The conversation about the move started when Borges cooked a dinner at the Independent to raise funds for Puerto Rican hurricane relief. "I guess it's fair to say we had a lot of fun working together. The kitchen felt great, the bar felt great. So we started a conversation that night about how we could work together more often," says Peter Kurzweg, co-owner of the two establishments.

Borges says that the menu at Hidden Harbor will reflect the cuisines of various regions of Puerto Rico. "If you go to the coast of Puerto Rico, to the north or the south, what we're eating is very diverse. And that's not often represented," she says.

Diners can expect a rotating menu of about 10 items. Look for mofongo, tripleta sandwiches, empanadillas, Puerto Rican breads and more. "I want to have a Puerto Rican restaurant that's fun, loud and accessible," Borges says.

The menu at the Independent will reflect her previous work at Spoon, Bar Marco and Legume. There will be small plates, salads, seafood and homemade pasta dishes, plus shared Sunday Suppers.