The 1964 silkscreen of Marilyn Monroe went to an unknown buyer. 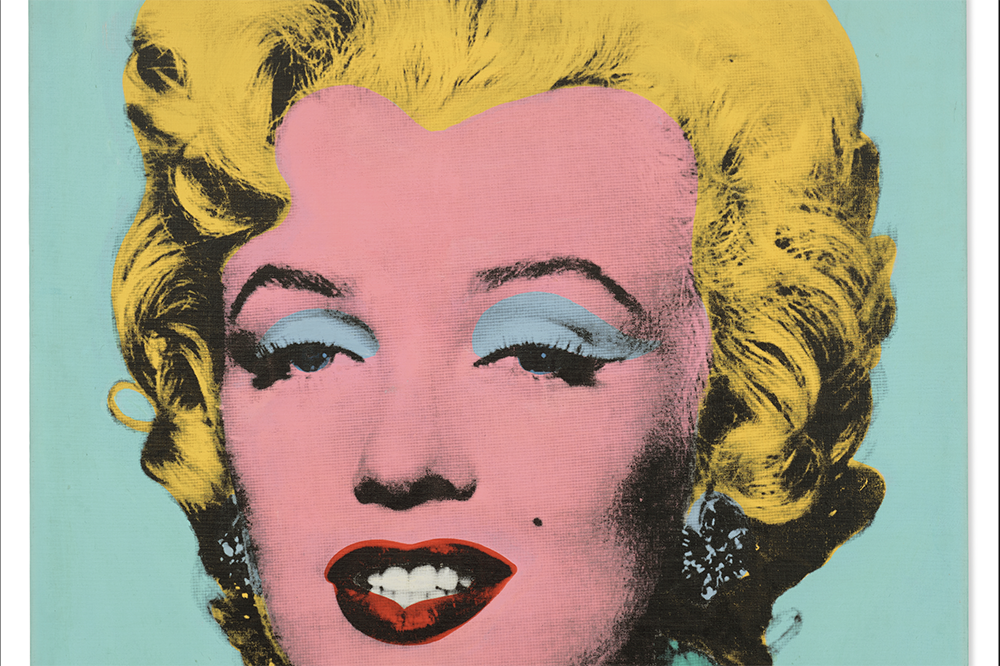 Admission to The Andy Warhol Museum on Pittsburgh’s North Shore is just $20, but one of the legendary pop artist’s paintings sold Monday evening for $195 million – the highest price of a 20th century American artwork to ever sell at auction, according to the fine arts auctioneer Christie’s.

Christie’s announced in late March that it would offer Warhol’s “Shot Sage Blue Marilyn” to kick off its Marquee Week of sales in a charity auction. The 1964 silkscreen of Marilyn Monroe is a definitive work within Warhol’s oeuvre, and Christie’s called it “one of the rarest and most transcendent images in existence.”

It was purchased by an unknown buyer in less than four minutes of bidding. The impressive price eclipsed the previous auction high of $110.5 million for a Basquiat skull painting at Sotheby’s in 2017, as well as Warhol’s auction high for a car crash painting that sold for $105.4 million in 2013.

“The most significant 20th century painting to come to auction in a generation, Andy Warhol’s Marilyn is the absolute pinnacle of American Pop and the promise of the American Dream encapsulating optimism, fragility, celebrity and iconography all at once,” Alex Rotter, Christie’s chairman of 20th and 21st century works, said in a statement.

He added that it transcends the genre of portraiture in America and stands alongside other famous works, such as Botticelli’s “Birth of Venus,” Da Vinci’s “Mona Lisa” and Picasso’s “Les Demoiselles d’Avignon.”

“Warhol’s Marilyn is categorically one of the greatest paintings of all time and a once in a generation opportunity to present this masterpiece publicly at auction,” he said.

The work came to Christie’s for auction from the Thomas and Doris Ammann Foundation Zurich, which works to improve the lives of children around the world by establishing support systems and providing health care and educational programs. Christie’s said 100% of the proceeds from Monday’s 36-item sale will go to charity, marking the highest-grossing philanthropic auction since The Collection of Peggy and David Rockefeller in 2018. (The collection comprised of 1,500 objects fetched more than $835 million.)

The buyer will have a say in choosing which charity 20% of the Marilyn proceeds are allocated to, Christie’s announced.

Georg Frei, chairman of the board for the Thomas and Doris Ammann Foundation, said in a statement that Warhol’s rendering of Monroe is now much more famous than the photograph upon which it was based — a publicity still for the 1953 film “Niagara” by Henry Hathaway.

“[The painting] bears witness to her undiminished visual power in the new millennium. The spectacular portrait isolates the person and the star: Marilyn the woman is gone; the terrible circumstances of her life and death are forgotten,” he said. “All that remains is the enigmatic smile that links her to another mysterious smile of a distinguished lady, the Mona Lisa.”

Warhol, who was born in Pittsburgh and died in New York in 1987,  first began creating silkscreens of Monroe after her death in 1962. He created multiple renditions of her visage, always in bright colors consistent with pop art, and usually with her features somewhat askew. In 1964, he developed a more refined technique that took a great deal of time and effort, antithetical to the mass production he was known for, and created a limited number of portraits of Monroe. According to Christie’s, the technique was so difficult and time-consuming that Warhol never returned to it again.

The artwork has been exhibited across the world at notable institutions including the Guggenheim Museum in New York, Centre Pompidou in Paris, Tate Modern in London, Centro de Arte Reina Sofía in Madrid, and the Royal Academy of Arts in London.